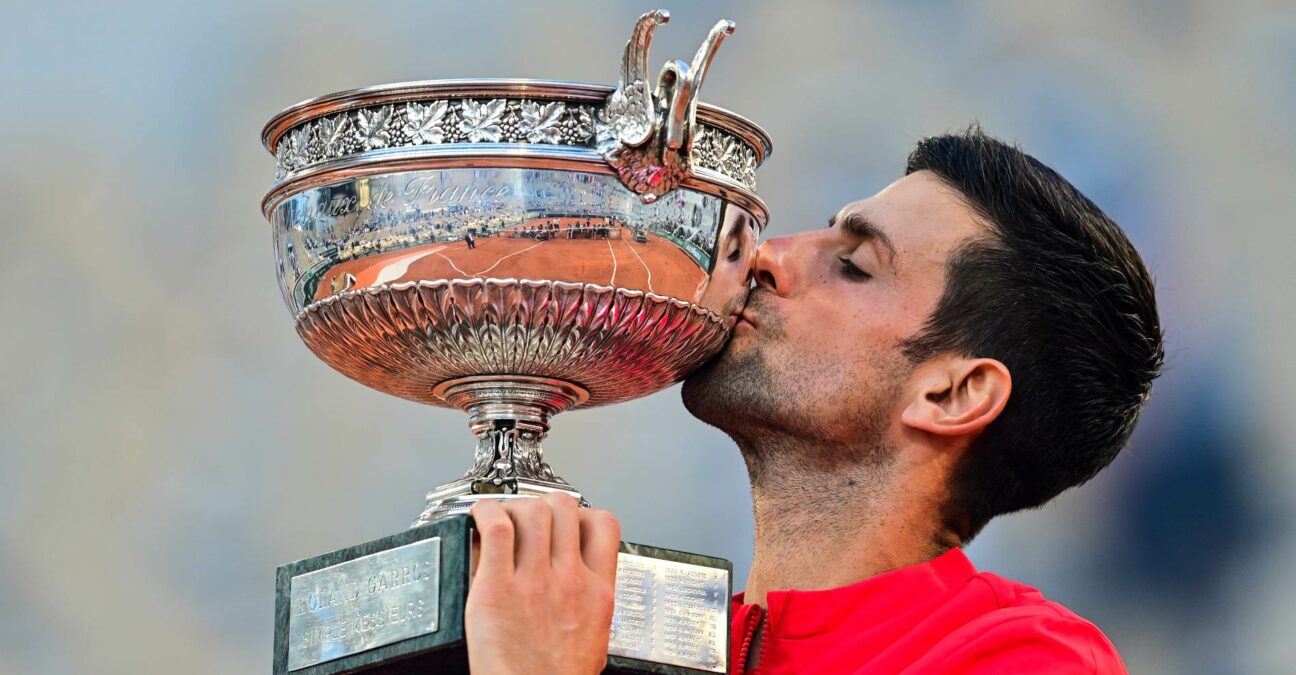 Novak Djokovic won the French Open for the second time in his career and captured his 19th Grand Slam title overall when he came back from two sets down to beat Stefanos Tsitsipas 6-7(6), 2-6, 6-3, 6-2, 6-4 in the final on Sunday afternoon.

Djokovic triumphed after four hours and 11 minutes — the exact same amount of time he needed to beat 13-time Roland-Garros champion Rafael Nadal in a semi-final thriller on Friday night.

As has happened several times before, a “NextGen” challenger put a scare into a Big 3 opponent on the biggest stage in the world. As usual, though, the scare was short-lived.

Tsitsipas’ success came in the first two sets, with the opener especially being one to remember. Prior to serving for the set at 6-5, Djokovic argued with chair umpire Aurelie Tourte about a time violation Tsitsipas had incurred in the previous game. Whether or not that impacted the Serb mentally, the ensuing 10 minutes were an unmitigated disaster. He played a terrible game to get broken and then fell into a 5-2 hole in the tiebreaker. Djokovic briefly recovered to take six straight points for 6-5, but Tsitsipas saved set point with a perfect forehand in the corner. The Greek took the next two points to cap off an an incredible opening frame of play.

With momentum in hand, Tsitsipas put the claps down right away in set two. Maintaining his highest-possible level as Djokovic’s form dipped, the 22-year-old broke for a quick 1-0 lead. That one break would have been enough by itself because Tsitsipas held the entire way. For good measure, though, he added another break for 5-2 and then served out the second in routine fashion.

Djokovic may have looked weary at the end of the previous set, but everyone in the tennis world should have known better than to count him out. After all, the world No 1 had looked done and dusted when he trailed Dominic Thiem two sets to one in the 2020 Australian Open final — but he roared back to defeat Thiem in five. Trailing Tsitsipas two sets to love, Djokovic started to turn the tide when he generated five break-point chances at 2-1 in the third and finally converted. Three comfortable holds later, the Serb had a set in his pocket.

From there it was never in doubt that a fifth set would be required. Djokovic jumped all over his opponent in the fourth, surging to a 4-0 advantage. He promptly wrapped it up 6-2 with two more easy service holds.

Tsitsipas opened the fifth which a clutch service hold, recovering from 0-30 down and saving one break point at 30-40 with a forehand winner. The 22-year-old had two game points to hold again for 2-1, but Djokovic ended up breaking to seize an early lead. At that point it was all but over. Needing a break, Tsitsipas had not managed one since way back in the second set.

And he did not get one in the fifth. The underdog put up a commendable fight with Djokovic serving for the championship at 5-4, but the top seed survived a deuce game and capitalized on his second match point with a forehand volley winner.

“What I learned today is that no matter what, in order for the match to be finished you have to win three sets and not two,” Tsitsipas said. “Two sets doesn’t really mean anything. It’s still one away of winning the entire match….

“(I) started playing really short,” the No 5 seed responded when asked about what happened after winning the first two sets. “I felt like my rhythm was off. I really don’t know why. It was very strange considering that I started finding my rhythm, finding my shots, my movement on the court was perfect, and suddenly just felt cold and out of it. It was difficult to readjust. I felt like I kind of lost my game a little bit.

“I really wish I could understand why things like this happened and evolved. But I was trying to figure it out during my game. It was difficult to come up with something. It’s very unfortunate; very sad in the same way because it was a good opportunity. I was playing good. I was feeling good. Yeah, I lost an opportunity to do something better today.”

Djokovic, on the other hand, seized his opportunity to create more history. By triumphing at Roland-Garros for the second time, He is now the only man in the Open Era to complete the double-career Grand Slam. He has won each of the four majors at least twice. The 34-year-old is now one slam away from tying Roger Federer and Rafael Nadal atop the all-time list with 20.

“Of course I am thrilled and I’m very proud of this achievement,” Djokovic said of the double-career slam. “I think part of the history of the sport that I love with all my heart is always something that is very inspiring and very fulfilling for me. I couldn’t be happier and more satisfied with this kind of scenario in the last 48 hours.

“(It) probably ranks at the top three all-time achievements and experiences that I had in my professional tennis career — going through four-and-a-half battle with Rafa on his court, then bouncing back after not practicing yesterday, just coming in today with as much as recharged batteries and energy regained to fight another battle of four-and-a-half hours against Tsitsipas.”

Djokovic vs. Tsitsipas was the first five-set French Open final since 2004, when Gaston Gaudio also came back from two sets down against Guillermo Coria.