Novak Djokovic and Stefanos Tsitsipas face off in the Roland-Garros final today. Head-to-head, greatest matches, stats: here is our guide 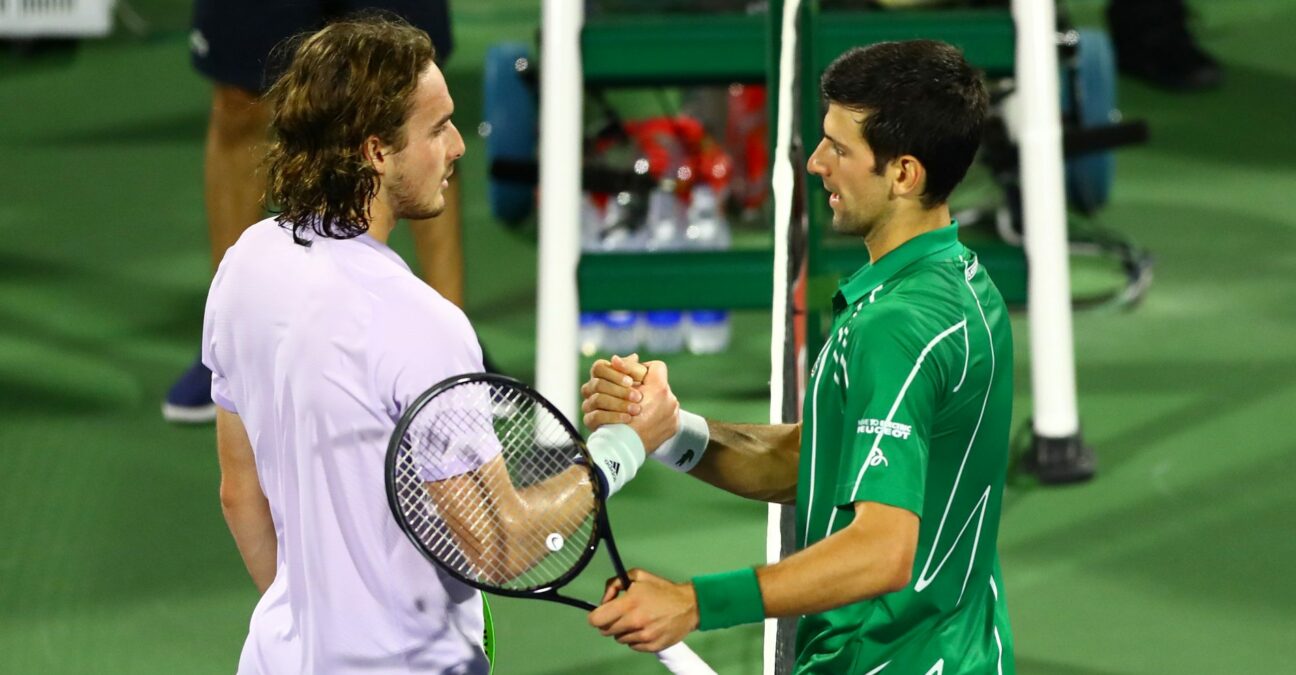 Novak Djokovic, the current world No 1, and Stefanos Tsitsipas, the leader of the 2021 ATP Race to Turin, face off in the Roland-Garros final on Sunday.

The pair have met seven times on the tour, with Djokovic leading their series 5-2. The Serb has won their last four encounters, including all three of their meetings on outdoor clay. 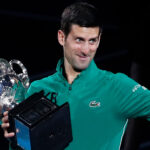 Which are the best matches of the Djokovic vs Tsitsipas rivalry?

Djokovic and Tsitsipas – how many titles have they won?

Djokovic will be aiming to win his 19th Grand Slam singles title on Sunday. The Serb’s 18 Slams are just two behind Roger Federer and Rafael Nadal – who have both won 20 Majors – and jointly hold the record in men’s tennis.

Djokovic is also bidding to become the 3rd man in history to win all the four Grand Slam tournaments twice, after Roy Emerson and Rod Laver.

The Serb has won 83 ATP singles titles in his career, including:

Tsitsipas who is through to his first Grand Slam final, is aiming to become first Greek player in history to
win a Grand Slam title. If he manages to do that, he would become the 56th Grand Slam men’s singles champion in the Open Era and the 151st in history.

Both players are ranked within the top 5 among clay court victories on the ATP tour in 2021. Tsitsipas has won the most clay court matches this year – with a 22-3 record, while Djokovic has a 17-3 record on clay in 2021.

The two are also 2 of the 6 players who have won multiple Tour-level titles this year.

Djokovic and Tsitsipas – where will they be ranked on Monday?

Djokovic will remain ranked No 1 in the world irrespective of Sunday’s final result. By reaching the final, Tsitsipas is assured of moving to a new career-high ranking of No 4, whereas a win on Sunday will see him rise to world No 3.

Djokovic and Tsitsipas – what they said about the final?

After beating Rafael Nadal in the semi-final on Friday, Djokovic said he was prepared for taking on the Greek in the final. “I know what I need to do. Obviously Tsitsipas, first time in the finals of a Grand Slam, if I’m not mistaken. For him it’s a great achievement, but I’m sure he doesn’t want to stop there. He’s in great form. I think he leads rankings, race rankings, this year. He’s had his best results overall. I think he matured as a player a lot. Clay arguably his best surface. We played an epic five-setter last year in the semis here. Yeah, I know it’s going to be another tough one. I’m hoping I can recharge my batteries as much as I can because I’m going to need some power and energy for that one.”

Tsitsipas, who won the first semi-final on Friday against Alexander Zverev, commented, “I just have to be fresh, have to be feeling good. Of course, he’s much respected and has done great here, but it’s time for me to go for my chances. It’s time for me to show that I’m capable of playing either him or Novak, who has also done few times well here. I’m looking forward to that challenge. I’m looking forward to bring my game to kind of challenge myself to step it up.”