Federer gets retirement from Mannarino prior to fifth set

Roger Federer was pushed to a fifth set at Wimbledon on Tuesday, but it was a fifth set that never happened because Adrian Mannarino retired because of a knee injury. 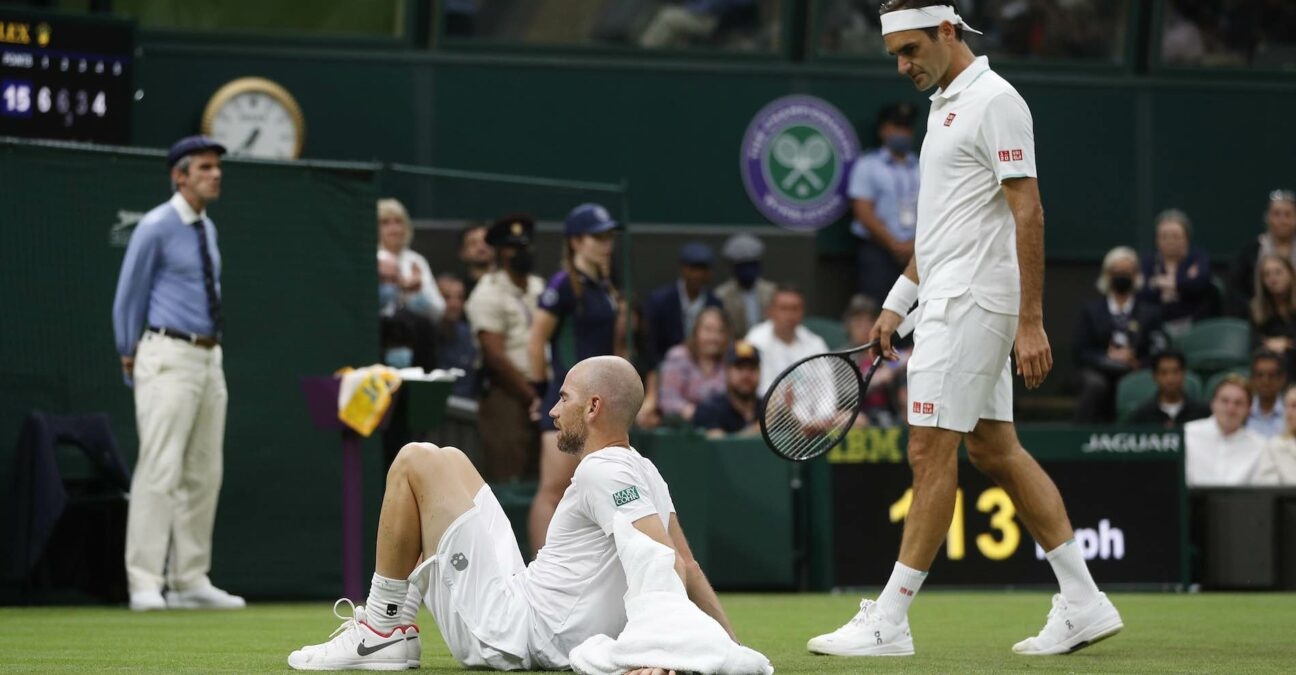 But then it all went horribly and suddenly wrong for the Frenchman, who slipped on the grass behind the baseline while trailing 4-2 in the fourth set. Mannarino sustained an obvious injury to his right knee, could barely move or serve, and was forced to retire before the fifth set even started.

Mannarino had previously been 0-6 lifetime in the head-to-head series and 1-15 in total sets. However, he used his typically masterful grass-court game to frustrate a rusty opponent and take both the second and third sets on Tuesday. The 32-year-old even had a break point in the first game of fourth to take complete control. Federer crucially managed to hold, though, and after that raised his level.

A break for 2-0 put the Swiss on course for a fifth set even before his opponent’s fall.

“I thought I found a nice groove from the baseline,” Federer assessed. “He’s famous with that shovel backhand, he creates a lot of problems for so many players and he did the same again today on the grass against me. That’s why I tried to cut down on the lengths of points a little bit. It worked well. Once I got the break (in the fourth set) I was able to loosen up a little bit, but then everything ended.”

Federer: “It’s awful…. It was great fun until the end.”

It certainly wasn’t the way Federer wanted it to end, but nonetheless the 39-year-old’s bid for a 21st Grand Slam remains alive.

“It’s awful,” said Federer. “It shows one shot can change the outcome of a match. I wish him all the best and I hope he recovers quickly so we see him back on the courts. Look, he could have won the match at the end. He was the better player, so I got a little bit lucky…. I’m obviously happy I can get another chance for another match here. I enjoyed myself out here. It was great fun until the end, obviously.

“I think we’re all very happy — all the players, fans, organisers, everybody — that we’re back on tour overall, especially here at Wimbledon, plus with the crowd. It would have been the worst to have this tournament without fans; this would have been an absolute killer. It’s such a privilege to play here. Look, I couldn’t be more excited that I made it after a long, hard road the last year. I’m happy I get a chance for a second match.”

The eight-time Wimbledon champion will meet familiar foe Richard Gasquet in the next round.