Good friends Matteo Berrettini and Felix Auger-Aliassime will go head-to-head in the Wimbledon quarter-finals on Wednesday. 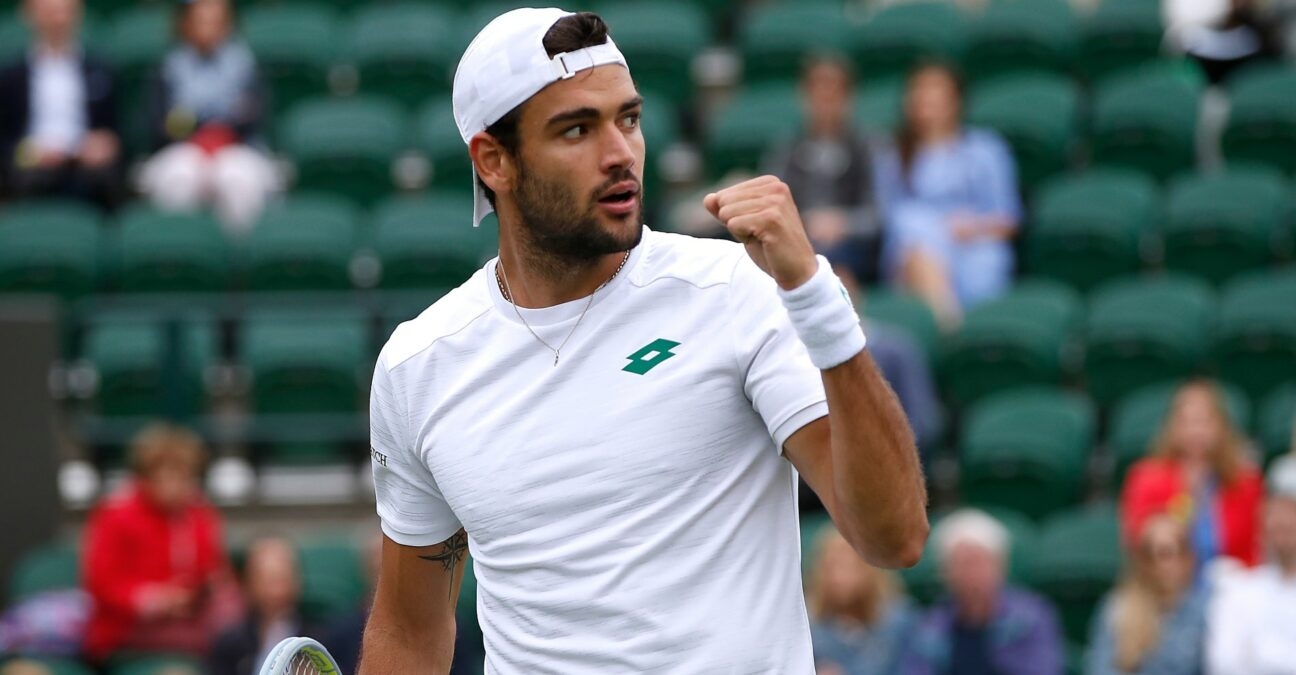 Matteo Berrettini and Felix Auger-Aliassime will have to set aside their friendship — a borderline family connection, in fact — at least for a few hours when they go head-to-head in the Wimbledon quarter-finals on Wednesday.

“Both our girlfriends are cousins, so it just happens that we spend a lot of time together,” Auger-Aliassime explained. “He’s one of my best friends on the tour. He’s really a great guy; great person. I get along really well with him. Since we’re in the bubble (in London), we have dinners together sometimes. We watched the [Italy vs. Belgium Euro Cup match] together. Yeah, I’m happy to call him a good friend.”

In the Wimbledon quarter-finals on Wednesday, they will be spending plenty of time together — but temporarily not as friends. They will be sharing the court as rivals, battling each other for a spot in the semis of a Grand Slam. That showdown was set on Manic Monday, when Berrettini crushed Ilya Ivashka and then Auger-Aliassime picked up the biggest win of his career by upsetting Alexander Zverev in five sets.

We’re able to make the difference between what happens on the court and off the court.

“I don’t think so,” the 20-year-old Canadian said when asked if he would avoid Berrettini prior to their match. “It’s good for me personally, and I think I can speak for a lot of players on the tour. We’re able to make the difference between what happens on the court and off the court. Matteo is a good friend, first of all. I can chat with him, have dinner with him. Of course, when the day of the match comes, then you focus on what you have to do. You try to play your best tennis and win. It’s two separate things.

“I think it’s good to get to play each other. We both have had a great tournament so far. We’ll try to leave it all out there, and it’s going to be good.”

Tomljanovic also through to Wimbledon quarters

Speaking of a great tournament, Tomljanovic made it three for three for the friend group when she also reached the quarter-finals on Monday night. The world No 75 on the WTA played the final match of the day on Court 1 and got a retirement from 18-year-old Brit Emma Raducanu while leading by a set and a break.

Thus the entire “team” is through to the last eight at the most prestigious tennis tournament in the world.

“We [have all been playing] on the same day so far,” Tomljanovic noted. “We [have] to get three out of three (wins). Felix was always the last one on (in the first three rounds). When we would see him, it was like, ‘Okay, Felix, it’s your turn now.’ After we won (on Saturday), all three of us passed each other in the hallway. I was so happy for [Felix] because he is everything; like…how he goes about the sport is unbelievable. He wants it so much. He loves everything about it. To see him do well, it makes me so happy. I gave him a fist pump, like, ‘Yay, Felix.’… If he had lost [on Monday], that would have sucked more.”

But Auger-Aliassime didn’t lose, and therefore it will be what amounts to a head-to-head family affair between him and Berrettini.