A phenomenon in juniors and an established top 10 player in pros, Gaël Monfils is one of the best players from his generation never to win a Grand Slam. Here is all you need to know about the Frenchman. 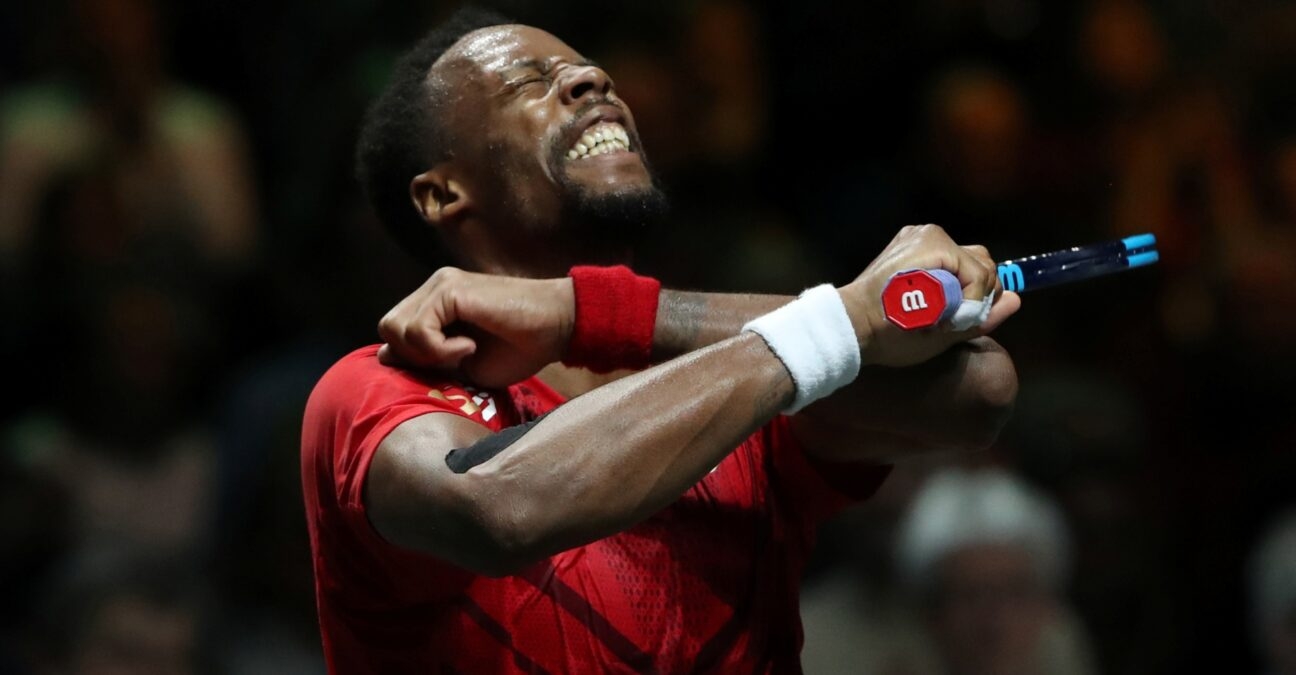 Gaël Monfils during the 2020 Rotterdam tournament

Why is Gael Monfils in the news?

On May 15, 2022, Monfils announced on social media that he and Elina Svitolina are expecting their first child.

The pair have been married since July 2021.

Where was Gaël Monfils born?

Gaël Monfils was born in Paris, on September 1st, 1986. Basketball lover, he is a Detroit Pistons and Carmelo Anthony fan. He would have love to play basket if he failed in tennis.

Yes, Gaël Monfils has signed up for UTS4, the fourth version of the Ultimate Tennis Showdown, which is scheduled to be played on April 5-7 on red clay at the Mouratoglou Academy. Monfils is one of three top 20 players that signed on as early entrants, along with Stefanos Tsitsipas and Fabio Fognini.

Where do Gael Monfils’ parents come from?

His father Rufin Monfils is from Guadeloupe. He is a former pro football player and worked as a France Telecom employee. His mother Sylvette Cartesse is from Martinique. She is a nurse. His brother Daryl, seven years younger than him, also plays tennis. He played one match on the ATP tour, with Gaël in the doubles’ draw at the Montpellier tournament in 2012. The brothers were comprehensively defeated by Russian pair Nikolay Davydenko/Igor Kunitsyn (6-2, 6-1). On the ITF tour, Daryl has a 1-6 record.

How tall is Gael Monfils?

Where does Gael Monfils live?

Monfils lives in Switzerland, in the city of Trélex, from the Vaud canton. The city is about 10 kilometres from the French border.

Who is Gael Monfils’ coach?

Monfils has been coached by American coach Liam Smith since December 2018. Born in London, Smith worked as a National Head Coach for Tennis Australia. He helped raise the new generation of Australian players led by Nick Kyrgios, Alex de Minaur, Jordan Thompson and Matthew Ebden. He also worked with Radu Albot and Ricardas Berankis on the ATP Tour. He also coached on the WTA tour and at Justine Henin’s academy.

In Monfils’ staff, Smith came as a replacement for Sweden’s Mikaël Tillstrom, who returned to his country during the summer of 2018 to work in an academy in Stockholm and spend more time with his family. Monfils and Tillstrom had been working together since the end of 2015. In the past, Monfils was coached by Thierry Champion, Tarik Benhabilès, Roger Rasheed, Patrick Chamagne and Jan De Witt, the latter splitting his working time between he and Monfils good friend Gilles Simon.

What trophies did Gael Monfils win in juniors?

Monfils clinched the ITF year-end junior world No. 1 ranking at the end of a stellar 2004 season, during which he racked up three of the four Grand Slams (Australian Open, French Open, Wimbledon), losing just two sets in the process. He posted a 31-2 record that season.

When did Gael Monfils turn professional?

Monfils made his ATP debut in 2004. He won his first ATP match in Metz against Xavier Malisse after benefitting from a wildcard. The Frenchman made it to the quarter-finals and lost to fellow Frenchman Richard Gasquet. He then beat former top 10 player Thomas Enqvist at the Paris-Bercy Masters 1000 and put on a fight against then-world No.3 Lleyton Hewitt in the second round. Monfils made deeper inroads in 2005 with a first ATP title in Sopot and two indoor finals in Metz and in Lyon. He’d rank inside the top 30 by the end of the season.

Which racquet does Gaël Monfils play with?

Monfils plays with a Wilson racquet, the Ultra Tour model. He was under contract with Head at the beginning of his career and switched to Prince from 2009 to 2012. He joined Wilson in 2013. As for his clothing sponsor, Monfils has been equipped by Asics since 2013. Monfils began his career with Nike before leaving for K-Swiss in 2010.

What is Gaël Monfils’ net worth?

Monfils’ net worth is estimated at about 10 million dollars. “La Monf” has earned more than $20.89 million in prize money from ATP tournaments since the beginning of his career. He is endorsed by Asics (outfits/shoes), Wilson (racquet) or Rokit.