Hubert Hurkacz takes out Andy Murray in straight sets at the Cincinnati Masters on Wednesday. Hurkacz remains undefeated on U.S. soil in 2021. 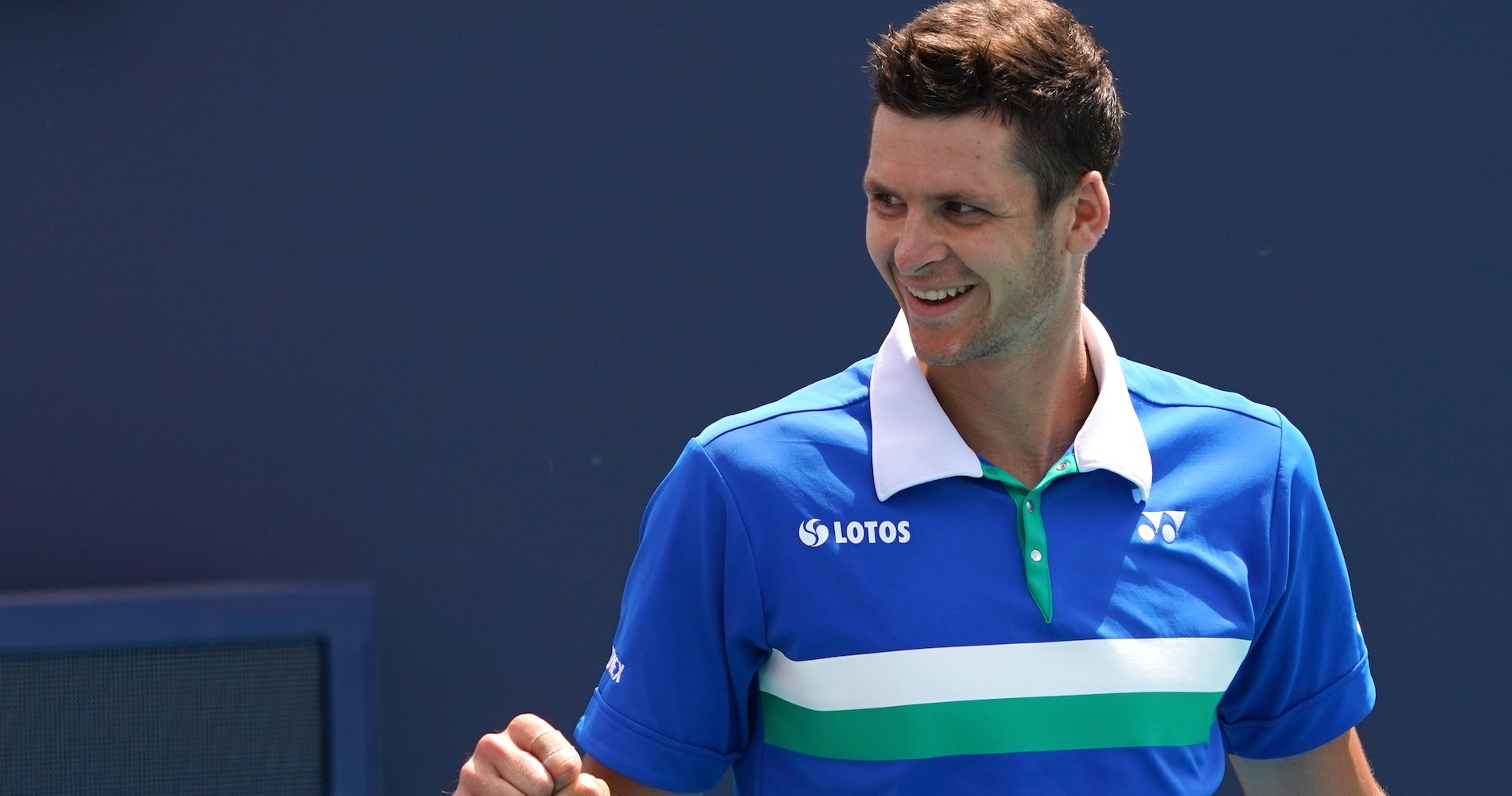 Hubert Hurkacz continued his fine form with a 7-6(4), 6-3 victory over Andy Murray in round two of the Western & Southern Open on Wednesday afternoon. Hurkacz set up a showdown with Pablo Carreno Busta after prevailing in one hour and 42 minutes.

It was a high-quality affair from start to finish. Murray by no means played a bad match — he finished with more winners (21) than unforced errors (19) — but did not have enough against a red-hot opponent. Hurkacz almost doubled his error count (18) with winners (35).

“Playing against Murray is something special,” the 13th-ranked Pole assured. “I had never had that chance to play a match against him. He’s such a great competitor; what he has done for the sport is really amazing. He’s such a great player and person. It was a very big win for me.

“My serve helped me a lot and I stayed calm as well in the tougher moments. I competed pretty well today.”

Hurkacz always seems to compete well in the United States. In fact, he is now 12-0 on U.S. soil this season — with titles in Delray Beach and Miami. The 24-year-old’s 2021 campaign also includes a Wimbledon semi-final run and a quarter-final appearance last week in Toronto.

Thursday’s contest between Hurkacz and Carreno Busta should be a great one, because the Spaniard is also riding a wave of confidence. Carreno Busta was the bronze medalist at the Tokyo Olympics and he had no trouble against Dominik Koepfer on Wednesday in Cincinnati.