Poland’s Hubert Hurkacz claimed his second career title at the Delray Beach Open by ending the run of Sebastian Korda, the American who had surged into the final in just his fifth tour-level event. 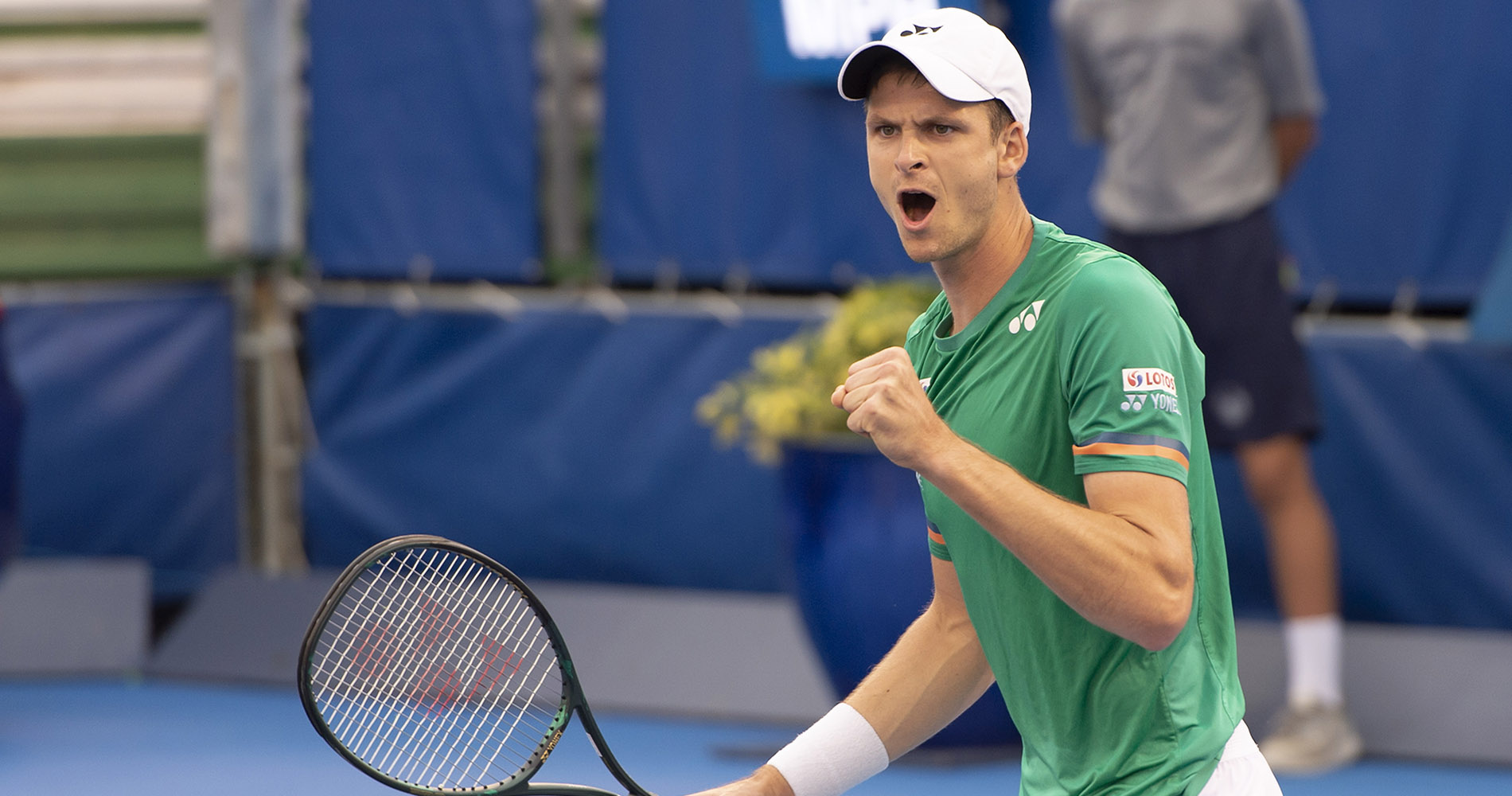 The dream run of American Sebastian Korda, the player who had turned heads during his surprise run to his first career ATP final this week, is over. Poland’s Hubert Hurkacz weathered an early challenge before surging past the physically fatigued American on Wednesday at the Delray Beach Open, 6-3 6-3.

“Too bad that you weren’t 100 percent fit today” Hurkacz told the first-time ATP finalist on court after his triumph, adding: “Your game is there and you’ll be holding many more trophies in the future.”

The afternoon started in promising fashion for Korda, who broke in his first return game and held a 3-1 lead in the first set, but Hurkacz quickly hit back and seized the momentum as he reeled off the final five games of the opening set to claim the lead.

To his credit, Hurkacz played brilliantly in wrestling control from Korda in the opening stanza. The world No 35 used the forehand to open up the court for a big down-the-line backhand in the sixth game, finishing a beautifully constructed point to break back for 3-3, and he broke again on his second break point of the eighth game to take the 5-3 lead.

Korda pushed back, winning the first two points of his return game as Hurkacz served for the set, but he could not level up.

The second set went with serve for four games, but Korda’s prospects were clearly fading when he took a medical timeout after the third game to have his left leg and hip area massaged. Grimacing in pain, the American wore a look of worry. Two games later that worry would morph into dejection as he sat during the changeover after Hurkacz had broken him for 3-2.

Not long after, Hurkacz would see his first championship point with Korda serving at 3-5, 30-40.

It was all he would need. The Pole lifted a lob over Korda’s outstretched arms that fell into the corner of the court for a clean winner.

Korda missed a chance to join the Ramanathan and Ramesh Krishnan and Phil and Taylor Dent as the third father and son combo to claim ATP titles in the Open Era. Korda’s father Petr, who coaches his son and was in attendance at the final, claimed ten ATP titles, including the 1998 Australian Open trophy, during his career.

Ariel Behar and Gonzalo Escobar claimed the doubles title at Delray Beach with a 6-7(5), 7-6(4), 10-4 victory over Christian and Ryan Harrison.