Hubert Hurkacz takes down Roger Federer in straight sets on Wednesday afternoon at Wimbledon. Hurkacz will meet Matteo Berrettini in the semi-finals. 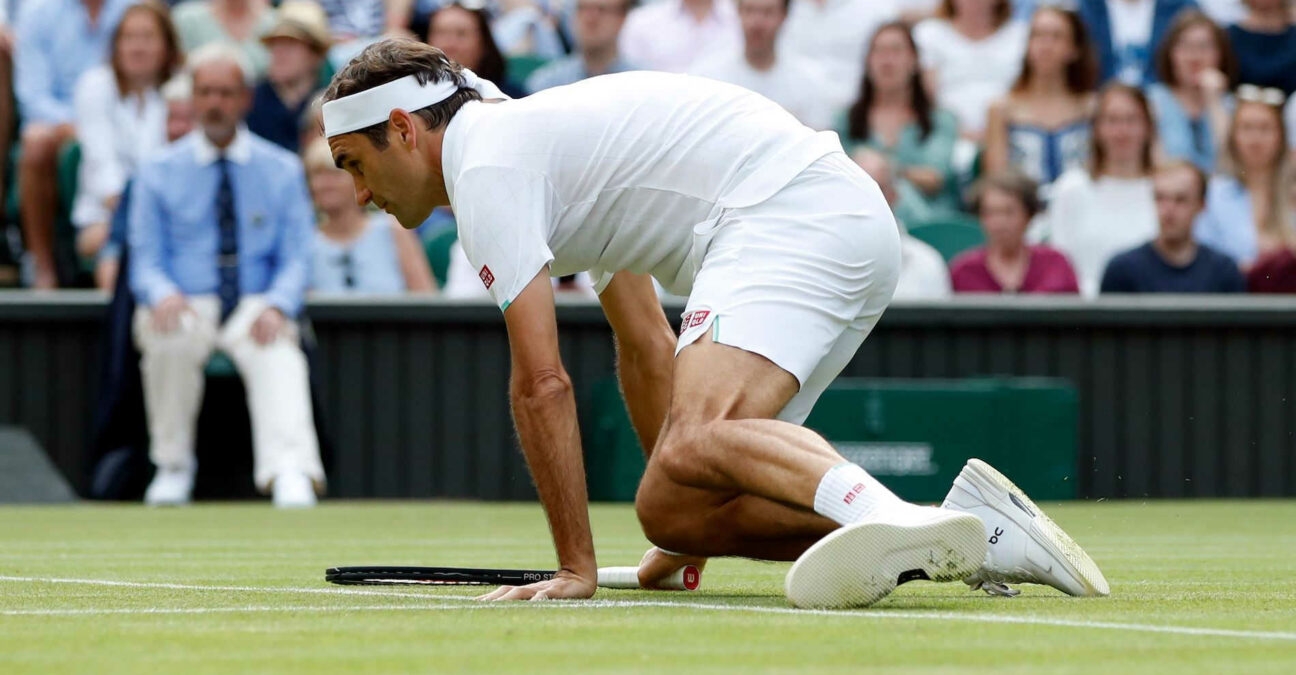 Going into Wimbledon, a quarter-final result would not necessarily have been something bad for Roger Federer. After all, he returned from multiple knee surgeries earlier this season and had played only eight matches since the 2020 Australian Open.

A quarter-final result is exactly what Federer will take home from the All-England Club, but the way in which his tournament ended was alarming — to say the least. The 39-year-old not only lost to Hubert Hurkacz on Wednesday afternoon, but he also failed to win a single game in the third set en route to a 6-3, 7-6(4), 6-0 setback. Hurkacz required only one hour and 49 minutes to pull off the upset.

The reigning Miami champion will meet Matteo Berrettini in the semi-finals on Friday.

Federer at least managed to be competitive until things started to go downhill in the second-set tiebreaker. A missed swinging volley and a shanked volley following a slip put the Swiss in big hole and Hurkacz capitalized. After taking the ‘breaker, 24-year-old Pole sprinted to the finish line with a third-set bagel.

“Obviously I was a little bit nervous,” Hurkacz commented. “Playing against Roger in a Grand Slam quarter-final, it’s a very big thing for me. But I was trying to stay as calm as I could. I was trying always to believe myself during the match and just trust my game and stay as aggressive as I could. That’s what I was trying to focus on throughout the match.”

He was the better player by far at the end.

For Federer, it was a disappointing end to a decent stay in London.

“I’m actually very happy I made it as far as I did here and I actually was able to play Wimbledon at the level that I did after everything I went through,” the 20-time Grand Slam champion said.

“I thought I had a decent chance going into the match. I felt like if I can protect my serve, I would get chances off his second serve and I would get into the rallies I would like — have them go rather my way. But I struggled early on in that first set. I felt like with my serve my rhythm was a little bit off. Put myself in too many difficult situations and didn’t take my own chances. I think that first set, I feel like I need to do better. Okay, credit to him for getting that one done.

“Second set — I got to find a way to win it somehow. Obviously being up a break, was it 4-1, I got to find a way to win that. The ‘breaker was a brutal first six points to go down 4-2 and change ends and go against the wind. I knew that wasn’t going to be great for me. Then being down two sets to love, with his momentum and swinging his way, things got complicated. Look, he was the better player by far at the end, so he deserved the victory today.”

Berrettini booked his spot in the semi-finals by beating good friend Felix Auger-Aliassime 6-3, 5-7, 7-5, 6-3. The Italian, who is 10-0 on grass this summer having triumphed at Queen’s Club, was especially impressive on return with six breaks of his opponent’s serve. Berrettini also struck 12 aces.

“Everything is crazy right now,” the world No 9 said in his on-court interview. “He’s probably one of my best friends on tour, so it’s never easy to play against him. Today was really tricky; it was really difficult. Good luck for him (in the future), but I’m really happy for me.”

It will be a showdown between first-time Wimbledon semi-finalists when Berrettini and Hurkacz square off on Friday.