After surpassing the 1,000 mark for career wins, Rafael Nadal acknowledged he must be at his best to overcome Pablo Carreno Busta. 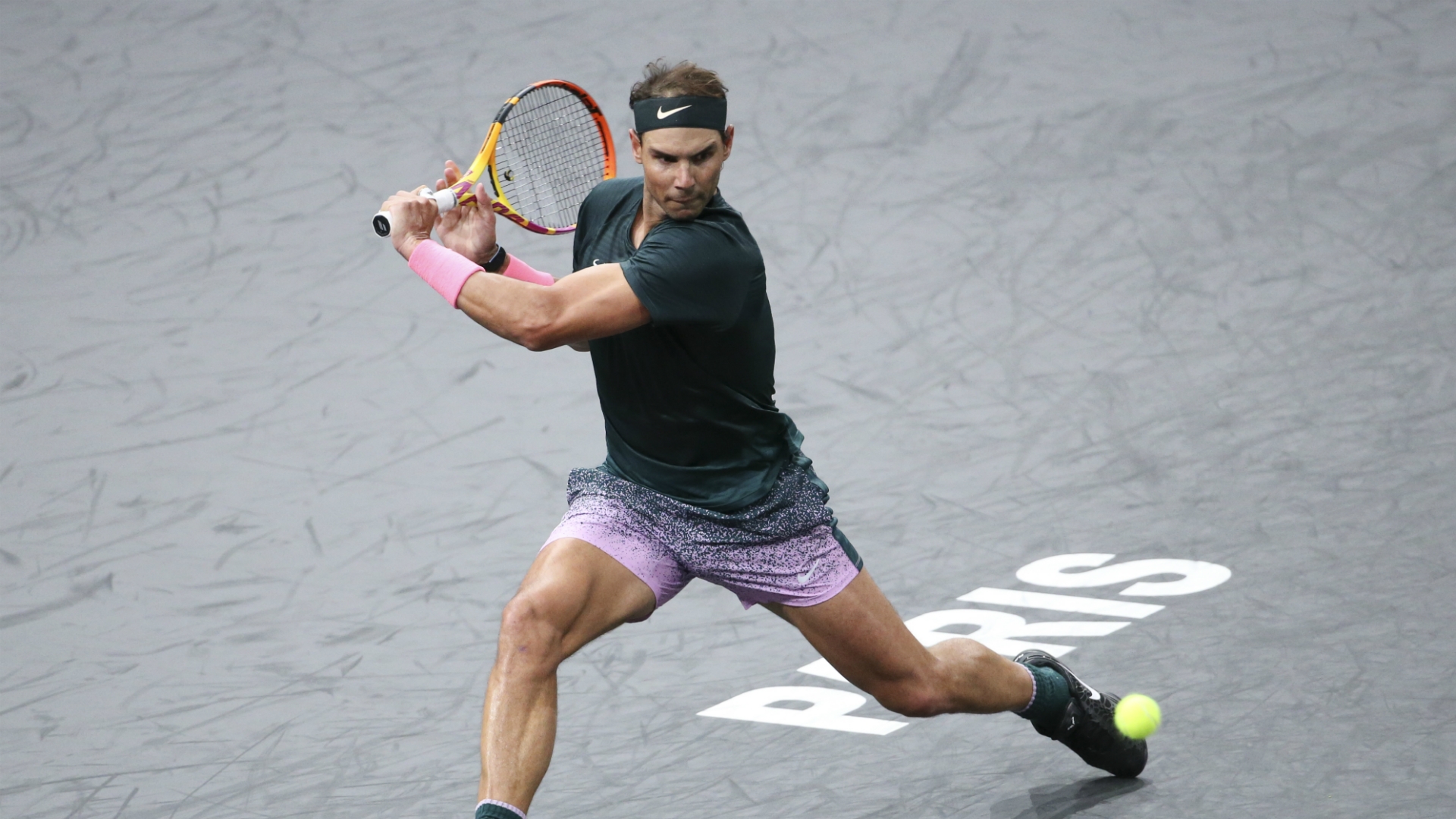 A day on from beating Feliciano Lopez for his 1,000th ATP Tour-level victory, Nadal saw off Jordan Thompson in straight sets on Thursday.

The Spaniard lost just 12 points on his serve in his first meeting with world number 61 Thompson, who hauled down his racket after failing to win a set point in the second, which Nadal subsequently won on a tie-break.

Yet despite another impressive showing in Bercy, Nadal believes he still has work to do if he is to overcome compatriot Busta, who beat Norbert Gombos 7-5 6-2.

“I want to improve everything, always,” the world number two said after his 6-1 7-6 (7-3) triumph. “But that’s the work of every day, no? Try to fix the things that I think I can do it better, and hold the things that I am doing well, no?

“So I think I am not doing a lot of things bad. I just didn’t play in indoors for a year almost, and is part of the process of course. I need to keep going. I think these kind of matches helps. Yesterday’s match, today’s, tomorrow is another opportunity.

“These matches are an important test for me to keep improving, so I really believe and hope that it’s going to help me to improve. I think I’m playing well. I just think I need to win more matches on this surface.

WAWRINKA AND ZVEREV BATTLE THROUGH

Nadal is into the Paris Masters quarters for an eighth time but the 34-year-old has only reached the final on one previous occasion, losing to David Nalbandian in 2007.

Should he overcome his compatriot Busta on Friday, one of Alexander Zverev or Stan Wawrinka await in the semi-finals.

Zverev wasted a set point of his own in a tie-breaker as the German was taken all the way to a decider, which he won by breaking Mannarino in the ninth game.

Chasing a third title of the year, Zverev will now face Wawrinka in the last eight after the Swiss battled from behind to beat Andrey Rublev 1-6 6-4 6-3.

Rublev broke his opponent three times to take the first set inside 32 minutes, but Wawrinka held in the second to level up a match that went on past midnight local time.

World number eight Rublev had won 11 matches in a row but he struggled to cope with Wawrinka in the third set, losing serve in the first and ninth games to bring his participation to an end.