Injuries and defeats: the heavy legacy Nadal wants to bury at Bercy

Rafael Nadal has never won the Paris Rolex Masters, the indoor surface and time of year rarely the scene of his best tennis. But with his two biggest rivals missing and after a shorter than usual year, is this his time? 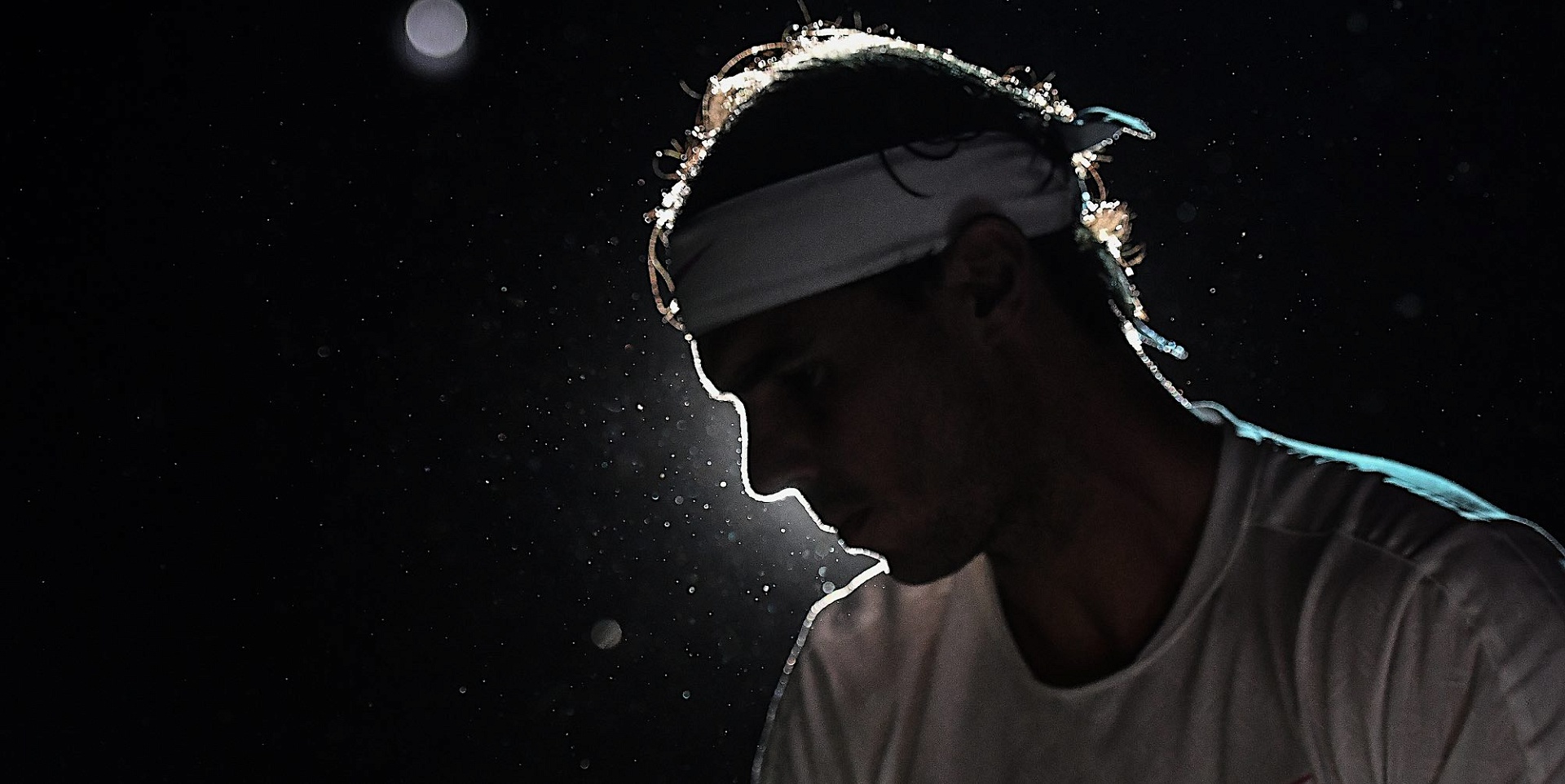 What he couldn’t say on the evening of his 13th victory at Roland Garros, world No 2 Rafael Nadal revealed on his arrival in Paris before playing the Rolex Paris Masters 2020. No, he is not putting an end to his season, even if he has considered it. “Yes”, he will play the Nitto ATP Tour Finals in London from November 15 to 22. “If nothing happens to me here…”, he said, only to confirm his trip.

Nadal: “The courts where I need to play my best tennis”.

Nadal often overplays his modesty at press conferences. But here no one can doubt the sincerity of his words. Paris… The indoor season… It all smells too much like a pharmacy for the world No 2. In November, under the roof of the Accor Hotels Arena, he knows that anything can happen to his body, a body that has given so much to tennis.

It could be his abdominals that give out, as in 2019 (when he pulled out before his semi-final) and in 2018 (last test before entering the competition). Or a right knee that is too damaged, as in 2017, when he had to forfeit before his quarter-final against Filip Krajinovic after suffering pain against Pablo Cuevas in the previous round. It’s simple, Nadal hasn’t been actually beaten at the Rolex Paris Masters since 2015 and a quarter-final against Stan Wawrinka (7-6, 7-6) – he was also unavailable due to injury in 2016.

– See our slideshow on the Roland-Garros / Bercy contrast for Nadal

Will it be on his mind when he enters the emptiness of the vacant Accor Hotels Arena against Feliciano Lopez, on Wednesday evening around 6.30pm? He swears he won’t. “If I’m here, it’s to play my best tennis, not to think about injuries. “But he reminds us that indoors, Nadal doesn’t have the same kind of margin he does on clay.

No Djokovic, no Federer

It’s not as if it’s been ages since he played his best tennis. His last match, three weeks ago, was a demolition of the the world No 1 Novak Djokovic in the final at Roland-Garros, a short journey of 15 kilometres via the peripherique. It was almost a total masterpiece, something to bear in mind for those who have designs on the title at Bercy, one of the few tournaments to resist him – Nadal has made the final only once, in 2007 – on a type of court (hard, indoor) where he has won only one of his 86 singles titles.

But in the draw this year, his two great rivals, the two men who have prevented him from winning five ATP Finals titles, are missing. Neither Djokovic, absent because the ranking points from his 2019 victory are safe; nor Roger Federer, whom nobody has seen on a tennis court since his exhibition against Nadal on February 7 in South Africa. The Swiss has deprived the Spaniard of three ATP Finals titles (two semis, one final) and leads 5-1 against him indoors. Djokovic leads 4-2 including two decisive defeats at the ATP Finals and one at Bercy (semi-final in 2010). 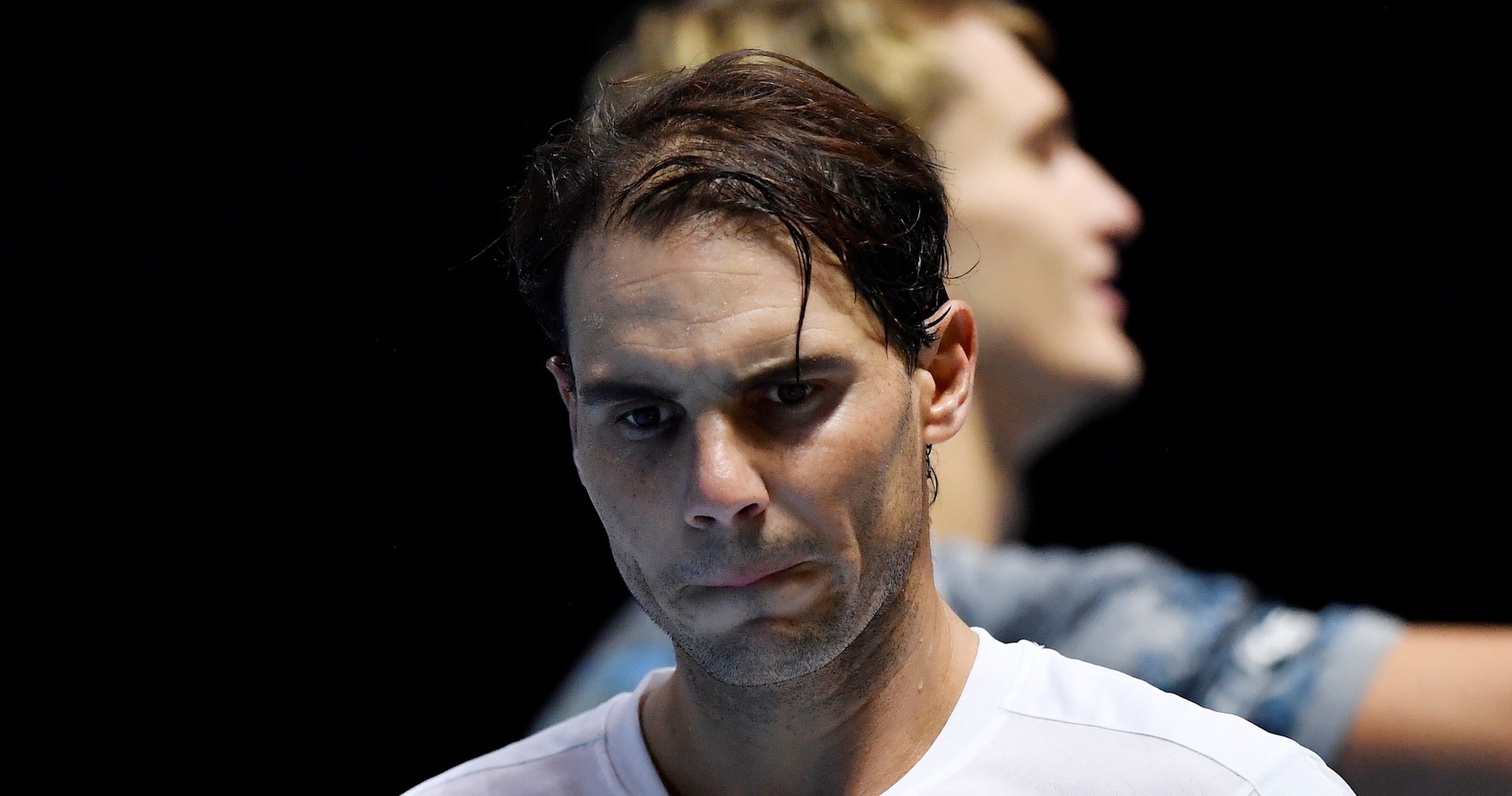 The danger is elsewhere, because at Bercy, Nadal is vulnerable. “He’s more quickly cornered here than at Roland Garros and more accessible in these tournaments,” notes tournament director Guy Forget. At Bercy, Nadal doesn’t lose against just anyone (David Nalbadian, Nikolay Davydenko, then ranked No 6 in the world, Djokovic, David Ferrer, Stan Wawrinka). But this list also tells us that he is never at the level of his ranking: he only beat two top-10 players, (Richard) Gasquet and (Gael) Monfils

“He has the weapons to win here, however,” says Forget. “He’s going to have to impose his power and his depth. I found that at Roland Garros, in conditions that are different from usual, he found more depth because it was harder for him to exhaust the opponent with the height. If he keeps this play pattern, he can beat everyone at the Rolex Paris Masters.”

He can beat everyone, but a little voice will tell his opponents that the opposite is true. Lopez, his first opponent, has beaten Nadal in their last two matches, that were played on a fast surface. Nadal could then play Borna Coric, who has beaten him twice on the fast surface and once indoors. And his theoretical opponent in the quarter-finals, Alexander Zverev, beat him last year at the ATP Finals.

“I think Lopez is a dangerous match-up but let’s not forget that Borna Coric is two and two with Rafa,” Annacone said. “And one of those wins is indoors at Basel. So if Coric and Nadal play, I’m leaning Coric. I’m calling it now guys.”

For once, though, Nadal has a rare experience with this Rolex Paris Masters 2020. “I often arrive at the beginning of the year physically and psychologically (tired)”, the Spaniard admits. But in 2020, he has played only 26 matches (including four defeats), and five competitions played before Bercy. The ATP Finals will be his seventh.

If he beats Lopez, Nadal will earn his 1,000th victory on Tour. But he’ll want more. The 34-year-old Spaniard smiled when asked if he would consider playing fewer tournaments in future to replicate his level of French Open form. “I love playing tennis, and I aspire to play more than two tournaments every six months,” he said.

Here, more than anywhere else, Nadal will relish the chance to play tennis without worrying about his health.