Home » News » It’s Thiem’s time, as doubts of ever winning a slam are silenced

It’s Thiem’s time, as doubts of ever winning a slam are silenced

Dominic Thiem was starting to doubt if he would ever win a Grand Slam title. He finally accomplished the feat on Sunday at the US Open, and did so in the toughest way possible — coming back two sets to love down. 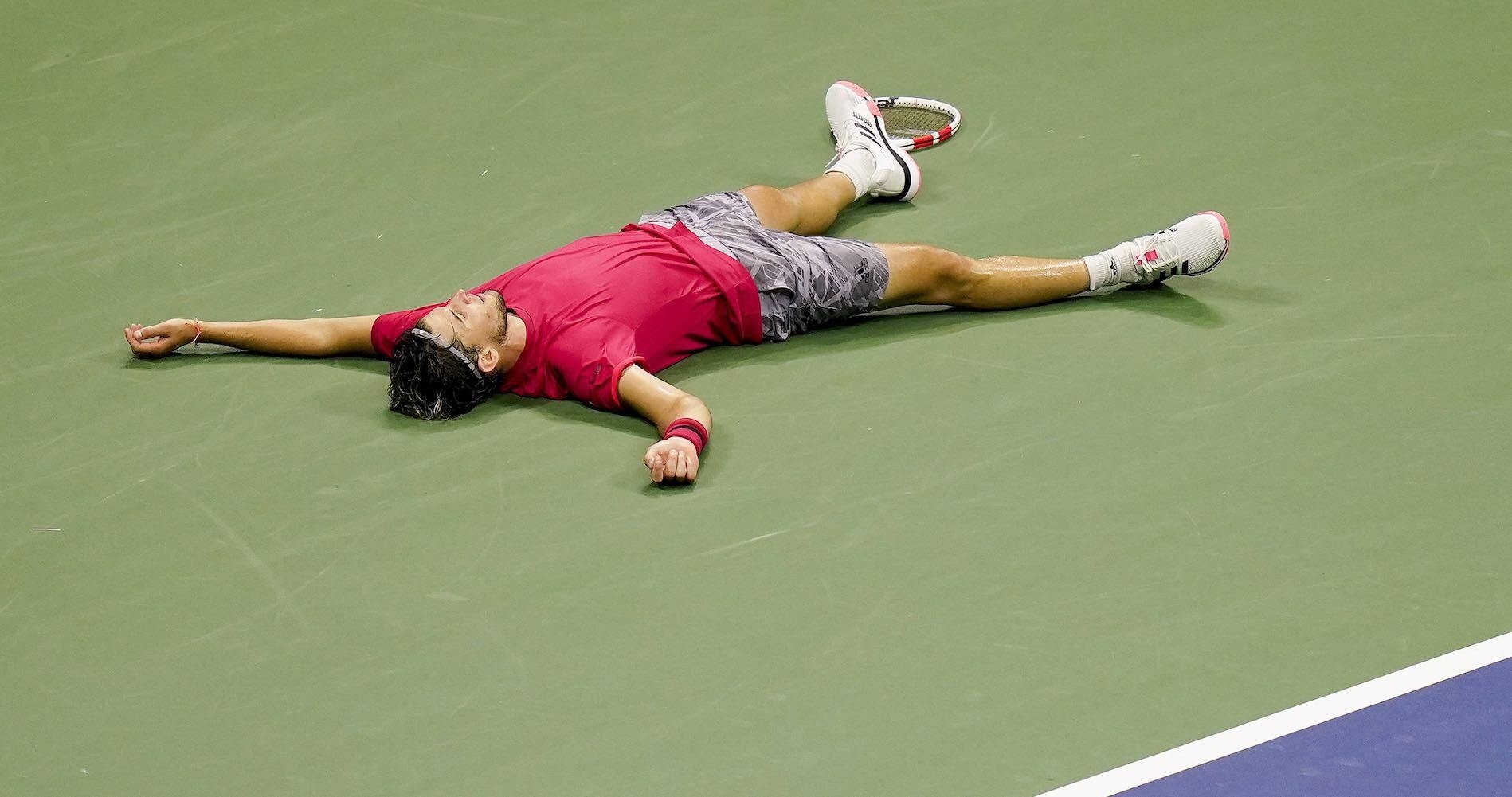 At 27 years old, Dominic Thiem is by no means past his prime; not in this day and age of professional tennis when men and women are consistently playing — and thriving — well into their 30s. At the same time, he is not exactly a member of the Next Gen; not even close. So you couldn’t blame him if he was starting to doubt if he would ever win a Grand Slam title. An 0-3 lifetime record in slam finals also was not helping his mentality.

And he had been so close, too. Sure, the Austrian did not have much of a chance against King of Clay Rafael Nadal in the 2018 and 2019 French Open finals — even if he played relatively well in those matches. At the Australian Open earlier this season, however, Thiem led Novak Djokovic two sets to one before falling short of his first major title by just a few games and losing in five.

Those are the demons Thiem carried with him into Sunday’s US Open final against Alexander Zverev, who was playing in his first-ever Grand Slam final.

Wanting it too much

You would think that the experience playing in previous slam finals would be beneficial, whereas Zverev could be expected to struggle in an entirely new situation. For Thiem, however, that did not prove to be the case.

“Honestly, I think [major finals experience] didn’t help me at all because I was so tight in the beginning,” the world No 3 admitted. “Maybe it was not even good that I played in previous major finals. I mean, I wanted this title so much, and of course there was also in my head that if I lose this one, it’s 0-4 (for me in major finals). It’s always in your head: ‘Is this chance ever coming back again?’ This, that, all these thoughts which are not great to play your best tennis, to play free.”

Thiem was so flat in the first two sets against Zverev that viewers may have been questioned just how much he really wanted to win. But it was the opposite of that was true. He wanted it so much. He wanted it too much.

There is no denying that it was nervy second week for every single man who advanced to the quarterfinals. And why not? A huge opportunity awaited all eight players with the entirety of the Big 3 absent. Nadal and Roger Federer did not participate in this US Open, and Djokovic was infamously defaulted from his fourth-round match against Pablo Carreno Busta.

Everyone understands how different it is going up against a Big 3 opponent than facing someone other than the Big 3. Nobody understands it better than Thiem. Although he has defeated all three all-time greats, he has never managed to do it on the biggest stage. Nadal was way too good in both Roland Garros title tilts, while Djokovic was too tough Down Under.

This time around, though, there was no Nadal, no Djokovic, and no Federer standing in Thiem’s way. He had paid his dues many times over, and now he was a favorite — and a big one — to capture a maiden Grand Slam winner’s trophy.

Thiem suddenly did not have much a chance when he trailed the seventh-ranked German by two sets to love and a break at 6-2, 6-4, 2-1. Ironically, though, that may have been just what the doctor ordered to cure the No 2 seed’s nerves. Knowing that he had now become a huge underdog in the match, Thiem settled down and began charting the course of his historic comeback. 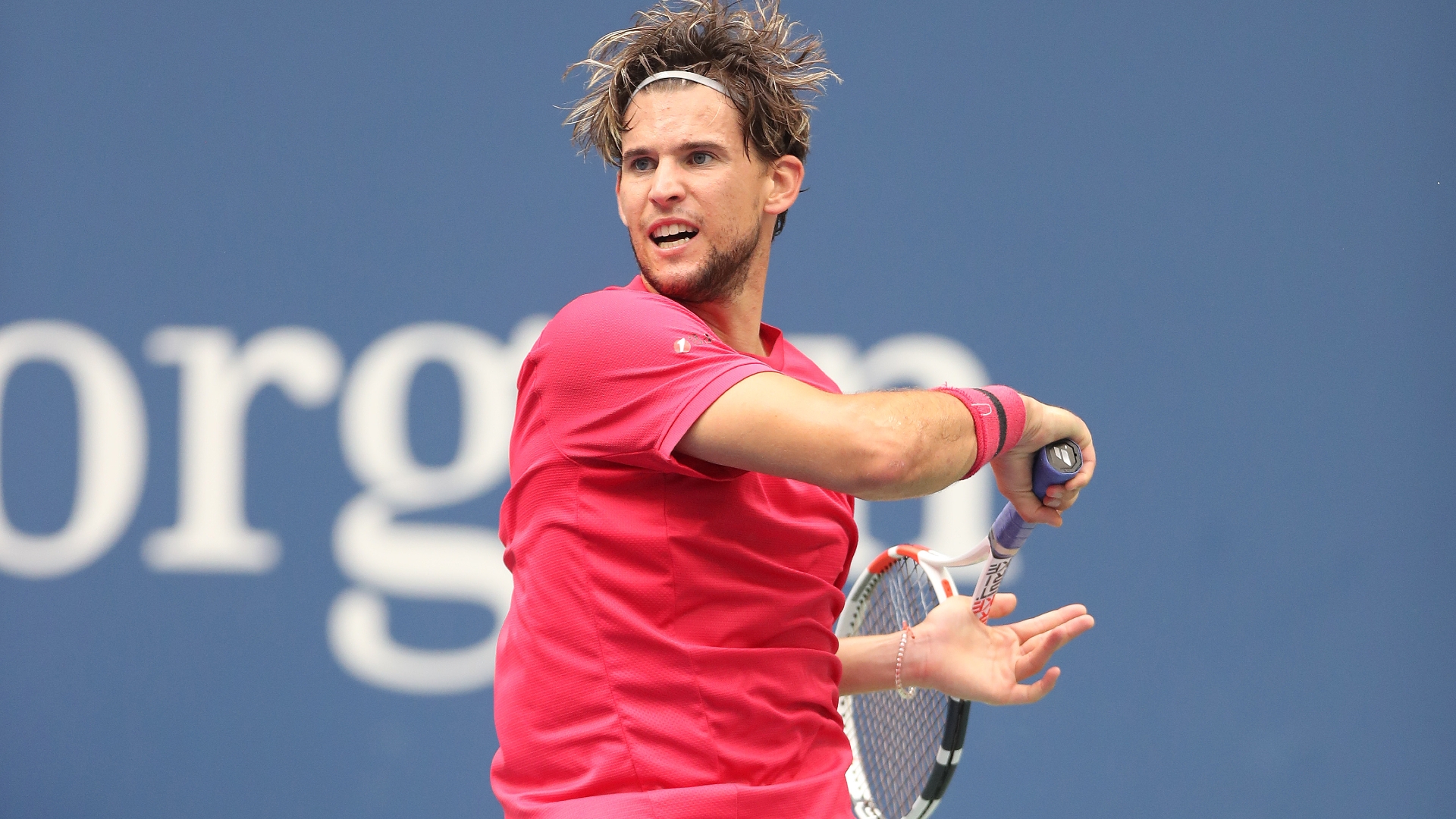 After a total of four hours and one minute on court — and more than a few roller-coaster momentum swings throughout, even in the last three sets — his comeback was complete. His dream that had been deferred exploded into reality.

“When I first realized that maybe one day I could really win a major was when I first broke into the semis of Roland Garros (in 2016), when I broke into top 10,” Thiem reflected. “From that moment on I dreamed about it. I thought that it’s maybe realistic.

“Yeah, definitely I achieved a life goal — a dream of myself, which I had for many, many years; of course as a kid when I started to play tennis. But back then it’s so far away. Then I got closer and closer to the top. At one point I realized, ‘Wow, maybe one day I can really win one of the four biggest titles in tennis.’

“I put a lot of work in. I mean, I dedicated basically my whole life until this point to win one of the four majors. Now I did it.”