Every day, Tennis Majors looks back at some of the most iconic moments in tennis history. On January 11, 1973, Lleyton Hewitt capped off an incredible week that included wins over Woodforde, Spadea and Agassi by beating Jason Stoltenberg to win the Adelaide title 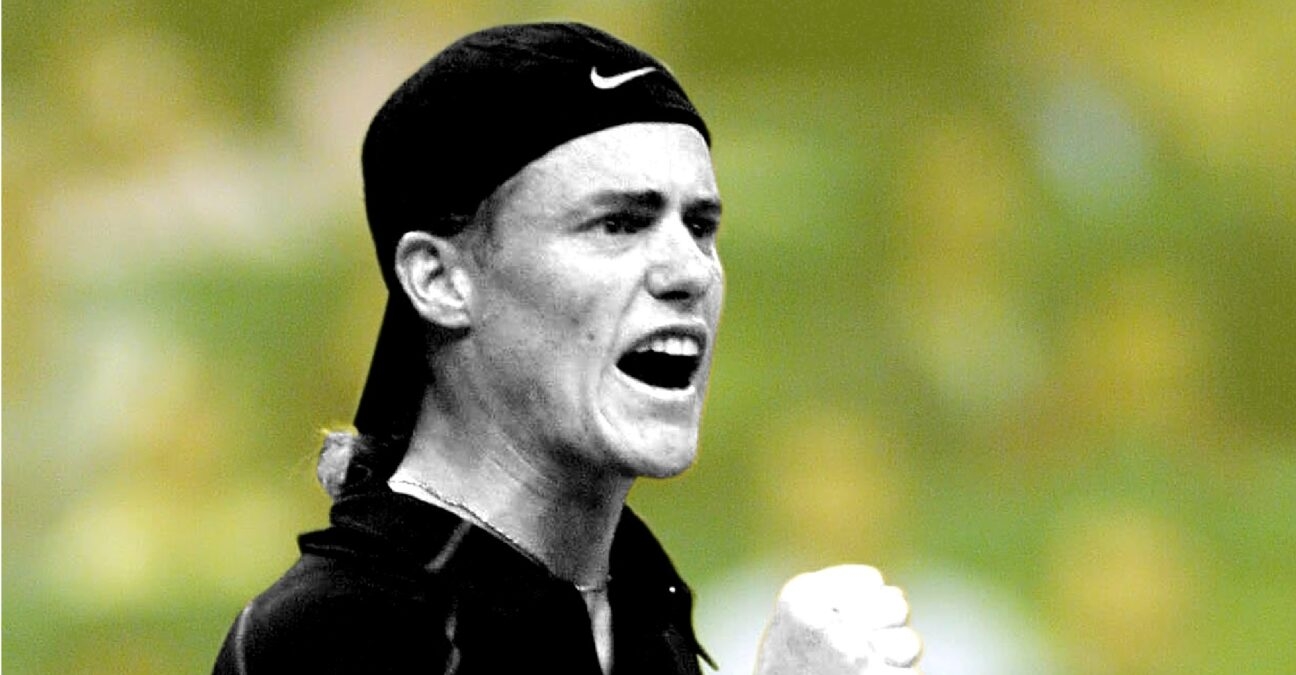 On this day, January 11, in 1998 in Adelaide, 16-year-old Lleyton Hewitt claimed his first professional title, defeating fellow Australian Jason Stoltenberg in the final (3-6, 6-3, 7-6). Ranked only No 550 in the world, Hewitt had entered the draw thanks to a wild card and, to everyone’s surprise, had made his way into the final, defeating former world No 1 Andre Agassi in the semi-finals (7-6, 7-6). He became the lowest-ranked player to ever win an ATP tournament, and in less than four years, he would become the youngest world No 1 in men’s tennis history.

Lleyton Hewitt was born in Adelaide, South Australia, in 1981. As a very promising young player, he didn’t spend much time competing in juniors. In 1997, aged only 15, he qualified for the Australian Open main draw, where he was defeated in the first round by the two-time Roland-Garros champion Sergi Bruguera (6-3, 6-4, 6-3). In January 1998, about a month before he turned 17, he was ranked No 550 in the world.

Jason Stoltenberg, from Australia, was the son of a cotton farm owner. Born in 1970, he was the boys’ champion at the Australian Open in 1987 and became the world No 1 in juniors the same year. He broke into the top 100 in 1988 but only claimed his first ATP title in 1993, in Manchester (defeating Wally Masur in the final, 6-1, 6-3). The following year, claiming a second title in Birmingham (defeating Gabriel Markus, 6-3, 6-4), he reached his highest ranking, world No 19. Stoltenberg achieved his best Grand Slam performance at Wimbledon in 1996, where he upset Goran Ivanisevic to reach the semi-finals (defeated by the eventual champion, Richard Krajicek, 7-5, 6-2, 6-1). At the start of 1998, he was ranked No 79 in the world.

The Australian Hard Court Championships was created in 1938 and originally played on clay. Held in many locations throughout the years, it settled in Adelaide in 1988. One of the first tournaments of the season, it usually attracted great players preparing for the Australian Open. Among its former champions were stars like Goran Ivanisevic (1992), Jim Courier (1995) and Yevgeny Kafelnikov (1996).

The facts: “I just didn’t want to embarrass myself”, recalls Hewitt

The main attraction of the 1998 Adelaide Open was the rising local star, 16-year-old Hewitt. Born and raised in the city, he had received a wild card to compete in the main draw, although he was ranked only No 550 in the world. In the first round, facing the experienced Scott Draper, world No 58, the teenager admitted that most of all, he “didn’t want to embarrass (himself)”. Hewitt won in straight sets, 6-4, 6-4.

Interviewed in 2018 by the ATP, ‘Rusty’ said that it would have been a great effort to win one match. In the second round, he faced Mark Woodforde, who was not only a legendary doubles player but also world No 46 in singles and had reached the Australian Open semi-finals in 1996. Hewitt showed the first glimpse of his fighting spirit, prevailing in three sets (4-6, 7-6, 6-1).

In the quarter-finals, Hewitt went up against Vince Spadea, from the United States, who underestimated the young Australian: “He was a 16-year-old wildcard,” he would recall later, quoted by Scoop Malinowski in his book, Facing Hewitt. “Everyone was wondering how he got a wildcard in the first place, because he was like No 500 in the world at the time and nobody had ever heard of him. I see this little guy with long blond hair who looks like a surfer, walk out on the court. I figure: ‘I’m in the semis.’ This kid is 16 and he looked weak, inexperienced, unrehearsed, and unpolished.”

The first set was pretty close and in the end, it was Hewitt who took it 7-5. The American came back to win the second set 6-3. “I expected to steamroll the kid in the third set. But instead, he put his game into another gear and beat me soundly 6-1 to win the match.”

The local rising star was now to face Agassi in the semi-finals. Andre’s coach, Brad Gilbert, was far from being worried for his protégé. “Your son had Hewitt last night, but he choked,” he told Spadea’s father the next morning. “Andre will show you how to handle the kid tonight.”

On January, 11, 1998, the kid from Adelaide faced fellow Australian Stoltenberg, the world No 79, in the final of his first ever ATP event. Once again, the teenager showed incredible mental strength, overcoming the loss of the first set and triumphing in the final set tie-break (3-6, 6-3, 7-6).

“Walking out there I just didn’t want to embarrass myself more than anything, I wanted to put up a competitive match,” he would say 20 years later, in 2018. “I was very lucky to end up winning 7-6 in the third set. (…) In the end you had to pinch yourself. Players go through so much of their career wondering if they are ever going to be able to hold up a ATP tour title, and for me, to do it at my first ATP event main draw, was amazing, especially in my backyard, in Adelaide.”

What next? Stoltenberg becomes Hewitt’s coach after retirement

Thanks to this success, Hewitt would rise more than 200 places in the ATP rankings, but it would still take him more than a year to break into the top 100. Claiming his second title in 1999 in Delray Beach, he would become world No 1 at the end of 2001, shortly after his first Grand Slam triumph at the US Open (defeating Pete Sampras in the final, 7-6, 6-1, 6-1). 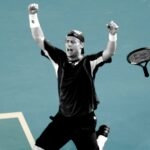 January 20, 2008: Hewitt and Baghdatis on the latest-ever shift in Melbourne
tennis majors