He is the big story of 2021 so far – and Aslan Karatsev shared his story after his wonderful runs at Melbourne and Dubai that rocketed him up to 27th place in the ATP ranking. And there could be even more to come, according to his compatriot Daniil Medvedev – who thinks he plays like a Top 5 star. 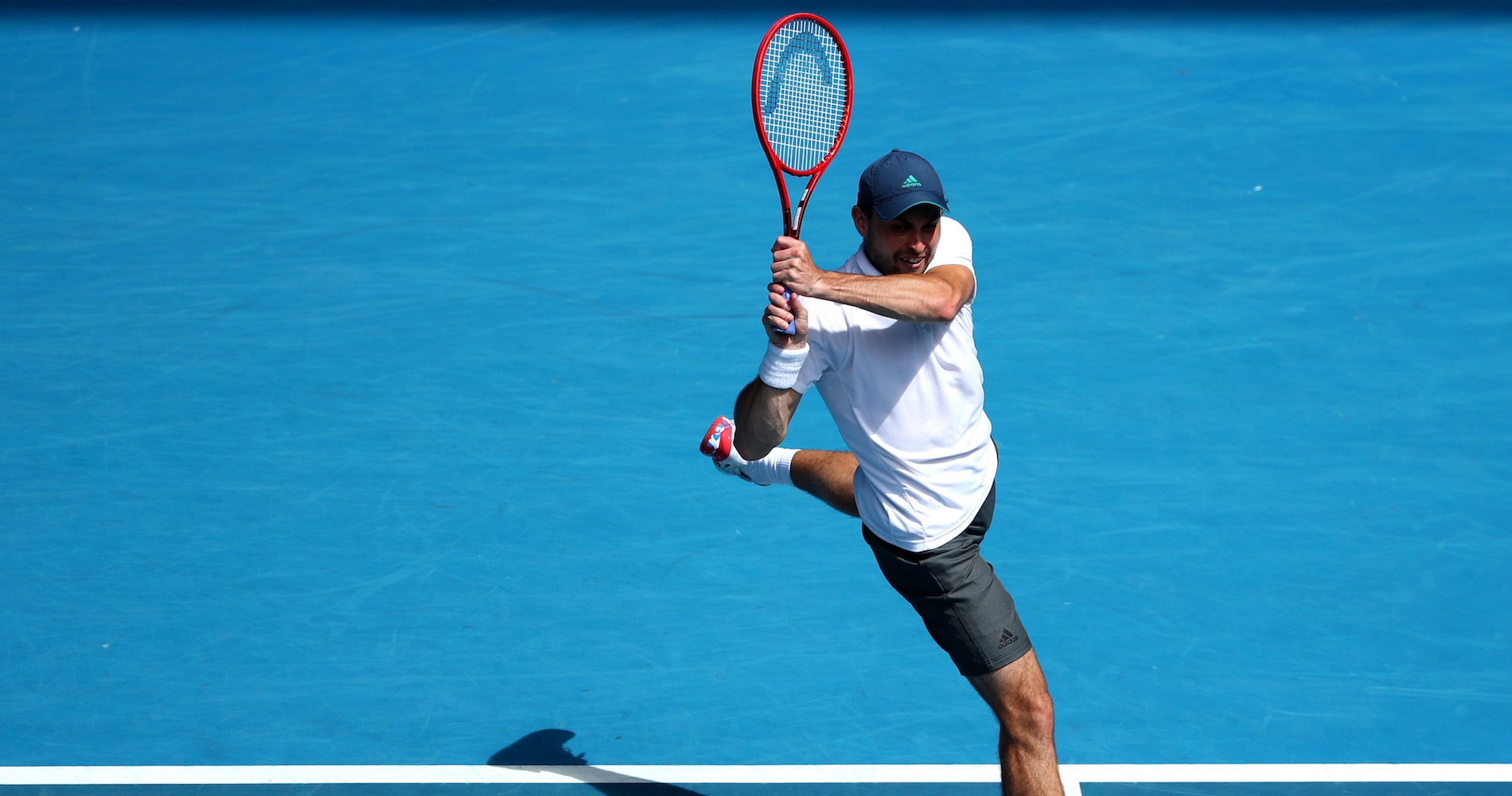 Aslan Karatsev caught the attention of the tennis world when as a qualifier he blazed a trail through the Australian Open draw in February 2021. He took out seeds Diego Schwartzman, Felix Auger Aliassime and Grigor Dimitrov to secure a semi-final slot against Novak Djokovic.

Now ranked world No 27, it has been an incident-packed couple of months for the Russian.

After his Australian Open quarter-final win over Dimitrov, the 27-year-old told reporters of his itinerant career, moving from his birthplace in Russia to Israel, back to Russia, to Germany, to Spain and now currently based in Belarus. He was asked a remarkable question that will be remembered for years to come: “Who are you ?”

“I moved to Israel when I was three years old with my family and then I started to practise in there… I grew up there, practising there until 12 years old, and then I moved back to Russia with my father. Then I was living in Rostov, next city to Rostov, Taganrog, and I found a sponsor there.

I was practising there until [I was] 18 years old, then I started practising in Moscow. Then I started to work with Dmitri Tursunov, and then they said like, ‘Okay, I will help you to move to Germany to practise in Germany in Halle’. I was there two years, and yeah, then I moved to Barcelona, practising there, and then the last three years, almost three years, I’m working with Yahor Yatsyk, my coach, in Belarus, in Minsk.”

A few weeks later, he elaborated on the injury problems and crises of confidence he had suffered.

“It was a difficult time in my career, when I came from junior to become a pro… I was based in Germany and then after two years I decided to move to Barcelona, practising there…and in that time I was injured in the left knee. It was a difficult time, it took half a year to come back to be healthy. It took me two years to get back the confidence, the game.”

Karatsev believed in him

The 27-year-old crashed out of the Qatar Open at the hands of top seed Dominic Thiem at the round of 16 stage, but headed to Dubai on a wildcard with a renewed sense of purpose. Unseeded, he dispatched another set of seeds in succession – Dan Evans, Lorenzo Sonego, Jannik Sinner, and compatriot and sometime doubles partner Andrey Rublev – before demolishing South Africa’s Lloyd Harris in the final, 6-3, 6-2.

“I arrived here with more belief than in Doha,” he said after winning the tournament.

“I’m super-happy to win this kind of tournament, especially ATP 500, especially here in Dubai. With the big names like that [on the Dubai honour roll, including Roger Federer] you always feel proud of yourself with your performance.”

During media day at the Miami Open, world No 2 Daniil Medvedev admitted that Karatsev’s sudden success is as big of a surprise to him as it is to many in the media.

“I think nobody can understand,” he told reporters. “I’m honest. I think only he can try to explain at least what’s going on. For sure I haven’t seen him for long time. We knew each other in juniors. I saw him in Futures when I just started playing – actually lost one time against him on Challenger, my first Challenger semi-final.”

Medvedev added that he can’t help but be impressed with the clean nature of Karatsev’s ball striking and the clarity with which the 27-year-old plays.

“In Dubai I watched his matches,” he said. “He was playing definitely I would say top 10, top five level. He beat some amazing guys in amazing way there. Hopefully he can keep the momentum going throughout his career. But it’s really tough to say what changed because there are so many guys in the top 100 that can hit good the ball. He’s really strong mentally. He knows where he has to play, in which moment. Makes him a very good player at the moment.”

And finally the Russian said that Karatsev’s success can serve as a big motivator to players currently outside of the ATP’s top 200. Maybe they too can rise up the rankings if they keep working on their tennis.

“I think he’s a great inspiration for all the guys who are thinking either to stop tennis or think that they’re not going to achieve the heights they were dreaming of when they were young,” Medvedev said. “Again, first main draw semi-finals at 27 years old. So many good players that didn’t manage to get in the semis throughout all their career.”

It’s worth noting that anyone keeping an eye on the Challenger Tour after the coronavirus hiatus would have seen that Karatsev was in sizzling form at the end of 2020. Ranked world No 253 when lockdown started, by the end of the year he was already closing in on the Top 100. In a three-tournament stretch in the Czech Republic in August and September, he won 15 out of the 16 matches he played – with his only loss coming at the hands of Stan Wawrinka in the Prague I final. Karatsev went on to win the tournaments in Prague II and Ostrava, rising more than 100 places up the ATP rankings to reach his then-career high of world No 140.

He may not have made it through qualifying at Roland-Garros following that run of form, but his shored-up self-belief definitely came into play when he progressed through three rounds of qualifying to make his first-ever Grand Slam main draw in Melbourne.

And it gives him extra fuel to see his younger compatriots Rublev and Medvedev garner such success.

“I’m really happy to go close to the top players,” he said. “You have more motivation if you see young players playing really fantastic tennis. You always look forward to play better and improve.”

And coach Yatsyk has long told his charge that he has the potential to do even better.

“I have told him in the past that he was capable of reaching Top 20 if he did all his work at the maximum,” he said after the Australian Open. “He is a powerful player with a good serve.”

There could, then, be more compelling tennis to come from the Russian who has taken the world by storm.