Lloyd Harris is one of the rising stars on the ATP Tour. Here are the answers to 10 questions you may have about the South African 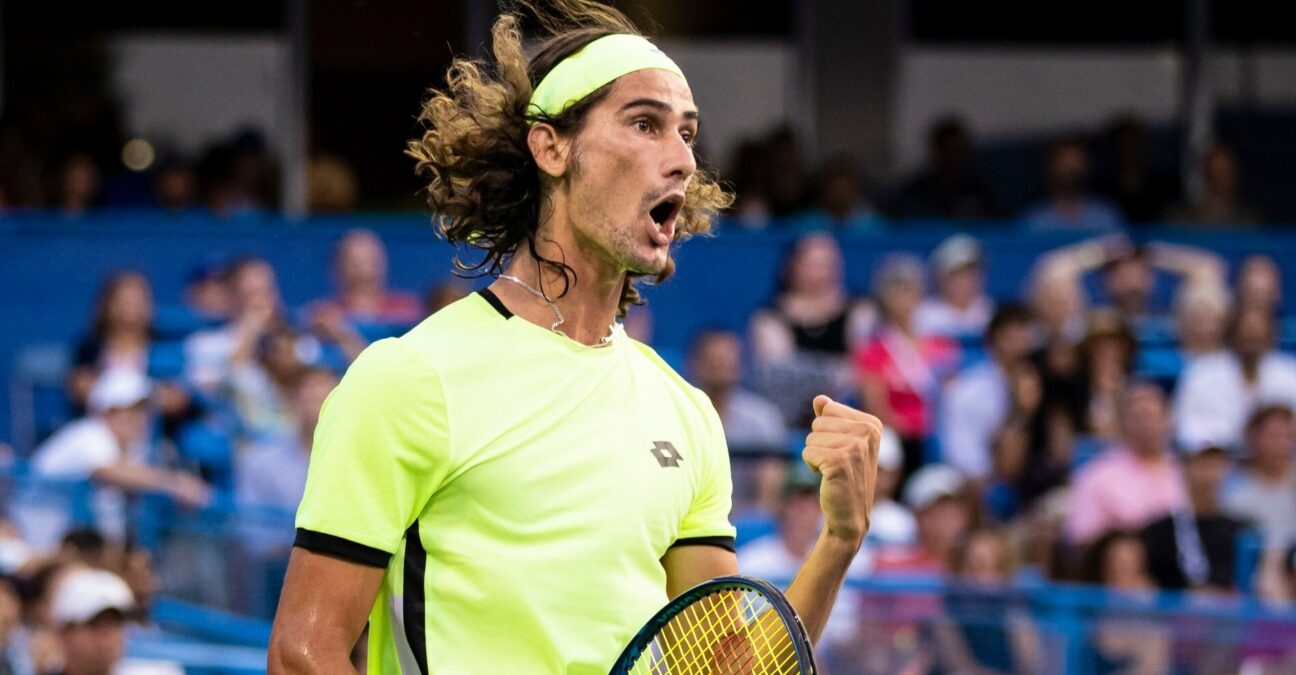 Harris scored the biggest win of his career at the Citi Open in Washington DC in on August 5, 2021. Harris defeated the third-ranked Nadal 6-4, 1-6, 6-4 to move into the quarter-finals of the ATP 500 event.

Speaking on court after the win, Harris said, “It’s a very special moment in my career, probably the best win I have ever had, and to have it in front of fans just makes it so much better.”

What is Lloyd Harris’ best performance at a Grand Slam?

Lloyd Harris reached the quarter-finals of a Grand Slam for the first time at the 2021 US Open. Harris beat Karen Khachanov and Denis Shapovalov en route to the last eight, losing to Alexander Zverev. In total, he has played in the main draw at just 12 Grand Slam events, also reaching the third round at the 2021 Australian Open. He made his Wimbledon debut in 2019, taking a set off eight-time champion and the eventual finalist Roger Federer in the first round.

How did Lloyd Harris make history in Dubai in 2021?

Lloyd Harris became the first qualifier ever to reach the final of the Dubai Duty Free Tennis Championships since its inception in 1993. The South African beat top seed Dominic Thiem, 14th seed Filip Krajinovic, former US Open champion Kei Nishokori, and then Denis Shapovalov. Only Aslan Karatsev, in the final, stopped him from taking his first ATP Tour title.

What is Lloyd Harris’s nationality?

Lloyd Harris, born on February 24, 1997, is South African. He was born and lives in Cape Town. He is is 24 years old and his family includes mother, Cecelia, and sister, Monique.

What is Lloyd Harris’s nickname?

Lloyd Harris’s nickname is “King”. In an interview to Agence France Presse, Harris shared the backstory of how he earned the nickname of “King”.

“I was only 19 when I made it into the South Africa Davis Cup team which was a group full of older guys, 27, 28, and into their 30s,” Harris said. “I started beating all of them all the time so one of the guys, Nicolaas Scholtz, said I was the king of all of them.”

At what age did Lloyd Harris first play tennis?

“That kept me excited for tennis and I kept on enjoying it. That was great,” Harris said. “Back in South Africa, I was lucky enough to be in great schools and have all the facilities and stuff that I needed.”

Who is Lloyd Harris’s coach?

Harris is coached by Anthony Harris (no relation) in Cape Town, South Africa, while on tour, former Wimbledon semi-finalist and top 20 player Xavier Malisse accompanies him on certain weeks.

How many ATP Tour titles has Lloyd Harris won?

Lloyd Harris has yet to win a title on Tour but has made two finals. He reached his first final in Adelaide in 2020, losing out to Russia’s Andrey Rublev. He made a second final, in Dubai in 2021, but was beaten by another Russian, Karatsev.

What is Lloyd Harris’s best ranking?

Harris reached his career-high ATP ranking of No 31 after his run to the quarter-finals at the US Open in 2021. You can find his current and updated ranking on his ATP Tour profile page.

What are Lloyd Harris’s hobbies?

Harris is a big fan of English Premier League club Tottenham Hotspur, having only really got into them a few years ago.

“When I started watching, I took a big liking in some of their players. Heung-min Son, Harry Kane probably my favourites,” Harris said in Adelaide in 2020. “Then I just started supporting them. Got the shirt, got everything that goes with it. And to be honest, I have been following them like every single match. Now I’m a diehard fan, for sure.”