Rivals on the ATP Tour, Nick Kyrgios has entertained the idea of sharing an Instagram Live call with Rafael Nadal. 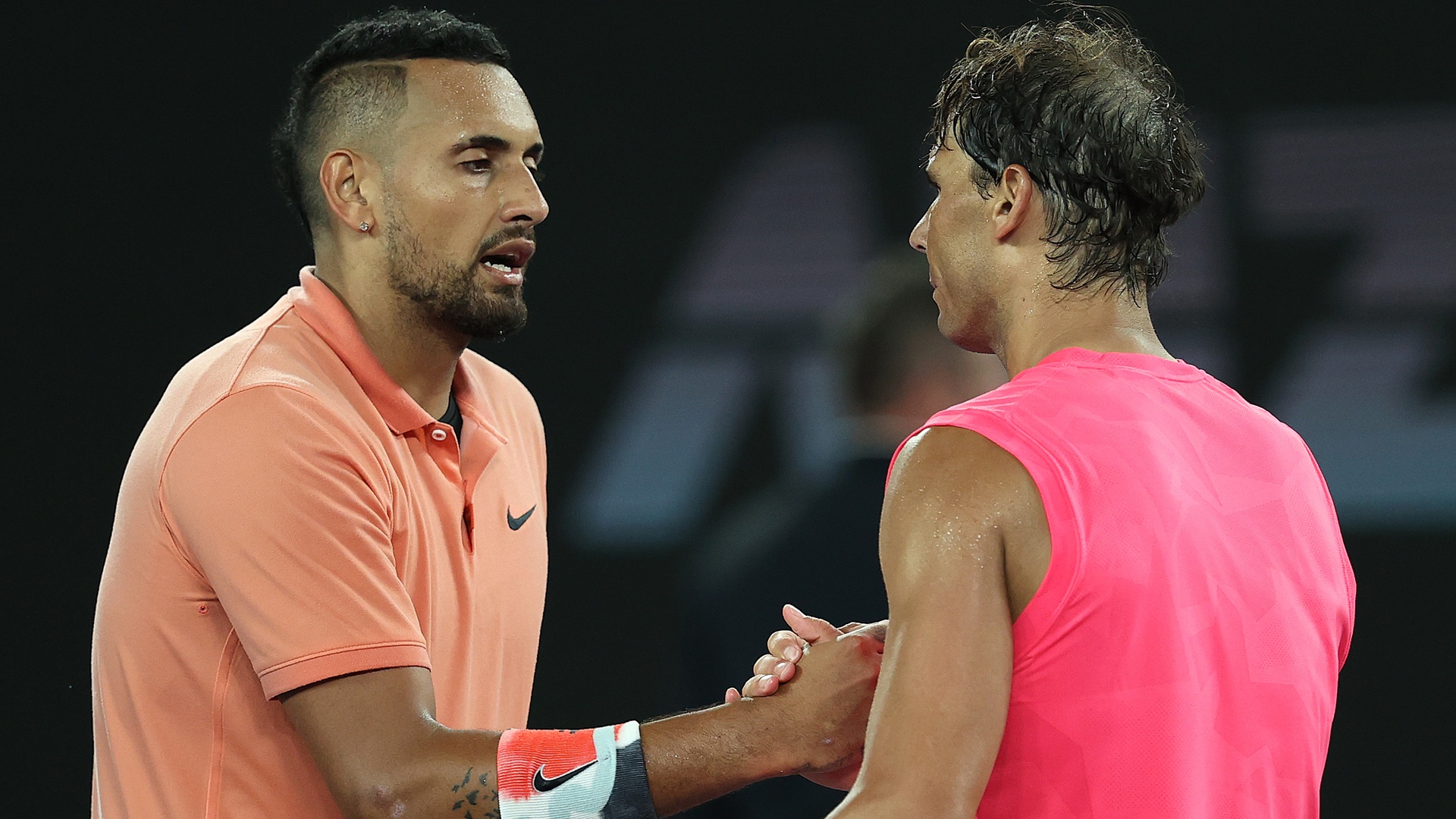 Nick Kyrgios looked to be out to make amends with rival Rafael Nadal as he offered the Spanish great a video call.

Kyrgios’ unique style of play has repeatedly provoked spiky responses from Nadal throughout his career.

And with neither man in action amid the coronavirus pandemic, Kyrgios is keen to entertain fans by sharing an Instagram Live with Nadal.

Kyrgios responded to a BBC Sport post that suggested a series of potentially spicy calls – including a possible conversation between Lionel Messi and Cristiano Ronaldo.

“Rafa, let’s do Instagram Live together,” he commented. “I’m down with it.”

Nadal was asked about the Australian in Melbourne at the opening grand slam of 2020.

“I don’t know [if I like him]. I don’t know him personally, honestly, to have a clear opinion,” Nadal said.

“It’s clear, of course, that when he does stuff that in my opinion is not good, I don’t like.”

The 19-time major champion more complimentary of Kyrgios later in the Australian Open after battling past his opponent, but their rivalry endures.

We’d love to see these FaceTimes happen for real 🍿