Russian’s Daniil Medvedev wouldn’t pick grass as his favourite surface, but he’s playing well on it and heading to Wimbledon with high hopes after earning the title at Mallorca. 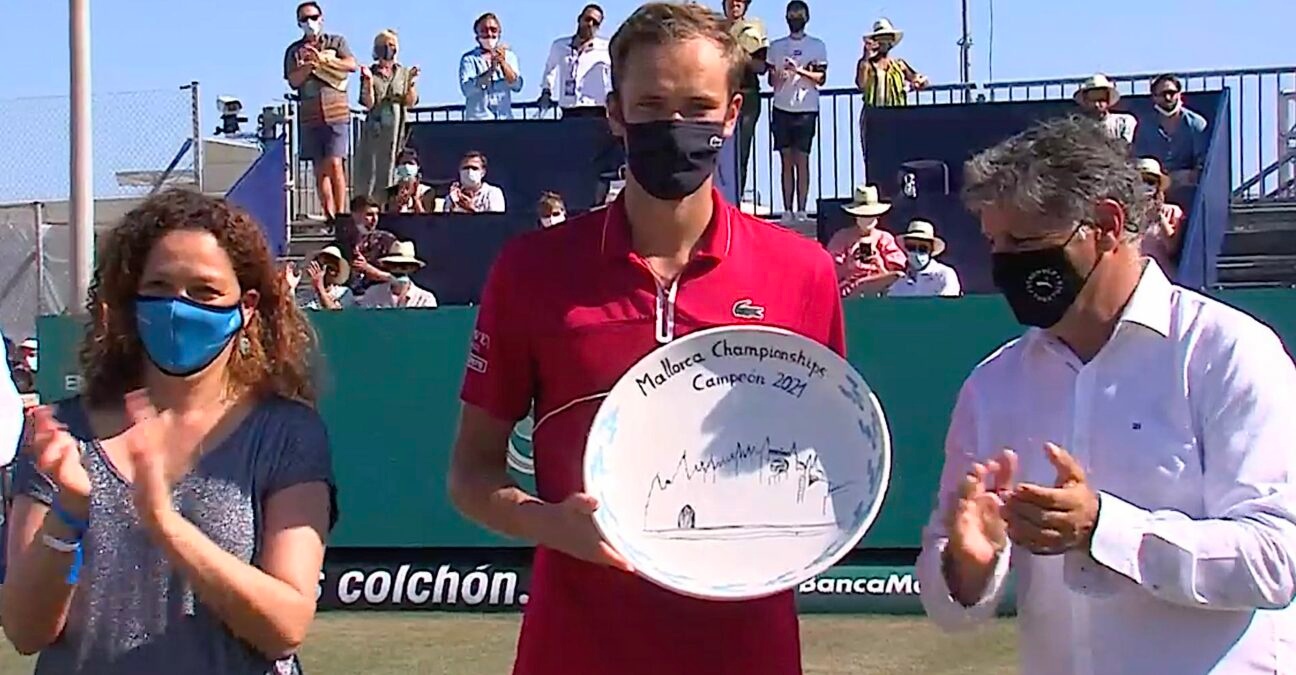 A successful week on the grass, an eleventh career title – and first on grass. Things are going swimmingly for Russia’s Daniil Medvedev as he heads to Wimbledon and prepares to take his spot in the main draw as the No 2 seed.

The high-flying Russian has always shown an affinity for grass, and it was easy to see why he is successful on the surface on Saturday, as he was virtually untouchable on serve against American Sam Querrey over the course of his 6-4, 6-2 victory in the final.

Medvedev dropped just nine points on serve in nine service games – a tidy average of one point per service game – as he blasted past the 33-year-old world No 60 in 62 minutes. It was a result that was sped up by Medvedev’s swift returning – he pounced on Querrey’s second serve, claiming 17 of 26 points against it and broke serve three times on four opportunities.

“I’ve always liked playing on grass,” said Medvedev, who improves to 22-13 lifetime on the surface. “Four years ago, I would say that it was my favourite surface. But after my results on hard courts I couldn’t say anything else other than hard courts, and I still like playing on hard courts more.”

Showdown with Struff at Wimbledon

Next up for Medvedev is a rematch at Wimbledon with Germany’s Jan-Lennard Struff. There will be some pressure on Medvedev, as he fell to Struff on the Halle grass just over a week ago, 7-6(6), 6-3.

What’s changed since then? Medvedev has gained comfort from spending another week on the grass, and he’ll be brimming with confidence after raising the trophy on Saturday at Mallorca.

Also working in his favor is the fact that he owns a 3-1 lifetime record against Struff.

“Feels great because I came here trying to win some matches and I managed to do it,” Medvedev said after the final “It’s always a good feeling and it gives you a lot of confidence. Talking about Wimbledon or not, a title is a title. I’m very happy with my level, and I played my best match of the tournament today. Everything is only positive.”