Home » News » Medvedev off the mark on grass 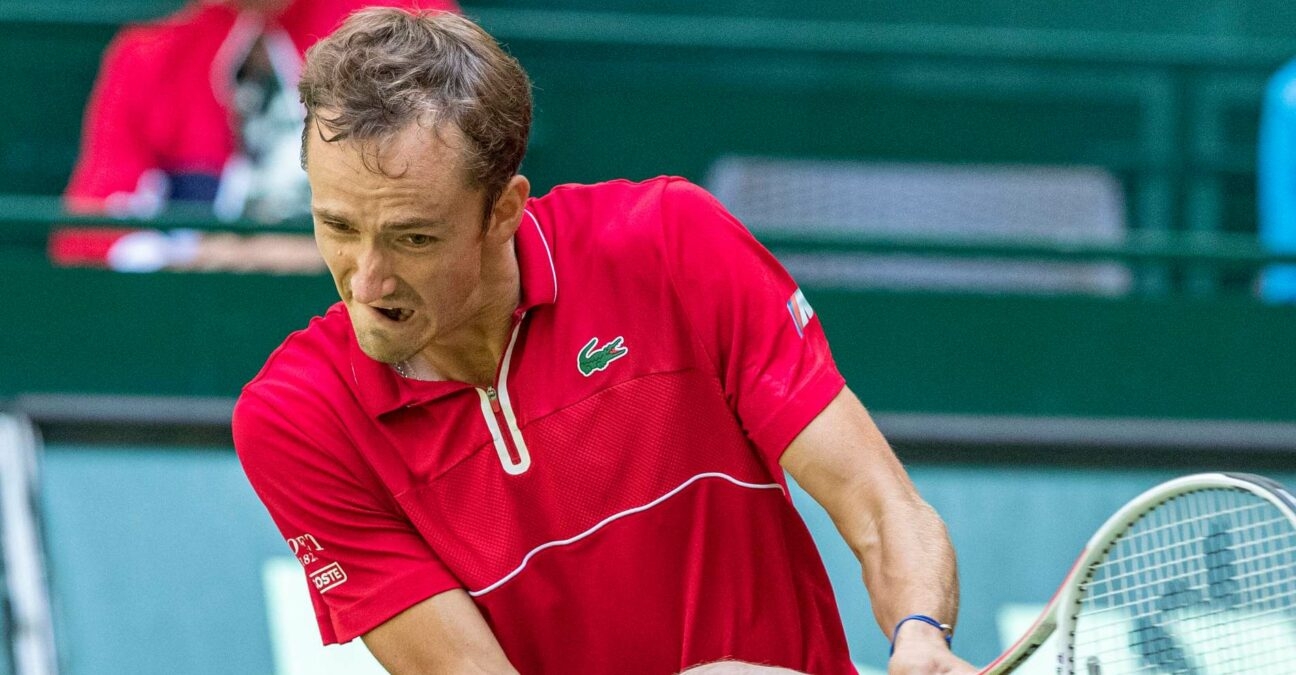 Daniil Medvedev at Halle in 2021

Daniil Medvedev picked up his first win of the grass-court season as he beat Frenchman Corentin Moutet 6-4, 6-2 on Tuesday to reach the quarter-finals of the Mallorca Championships.

Having lost in the first round in Halle last week, the Russian, who will be seeded No 2 at Wimbledon, found himself 3-0 down in the first set against Moutet but pulled his game around in time to record a convincing victory.

The world No 2 will now play fifth seed Casper Ruud of Norway, who saw off Tennys Sandgren of the United States 6-3, 6-4.

Medvedev aiming for the Novak effect

Medvedev has never been past the third round at Wimbledon but speaking before the event, Medvedev said he was looking forward to his week, hoping for the same effect Novak Djokovic had by playing in the week before he won his 19th Grand Slam title in Paris.

“I think I am going to be second seed at Wimbledon, so I’m going to play Tuesday, so it gives me one more day to get used to the grass there, so I’ll still have time. “Like we saw with Novak, everyone was saying why did he go to Belgrade? I don’t think he played his best there, but he got matches and confidence and then he came and destroyed everyone at Roland-Garros.

“Sometimes it can good to be there (at a Grand Slam) the week before, but sometimes it’s good to win matches and build confidence before a Grand Slam.”