It will be Daniil Medvedev vs. Hubert Hurkacz in the Toronto quarter-finals after they earned respective victories on Thursday. Hurkacz capped off the night with a hard-fought win over Nikoloz Basilashvili. 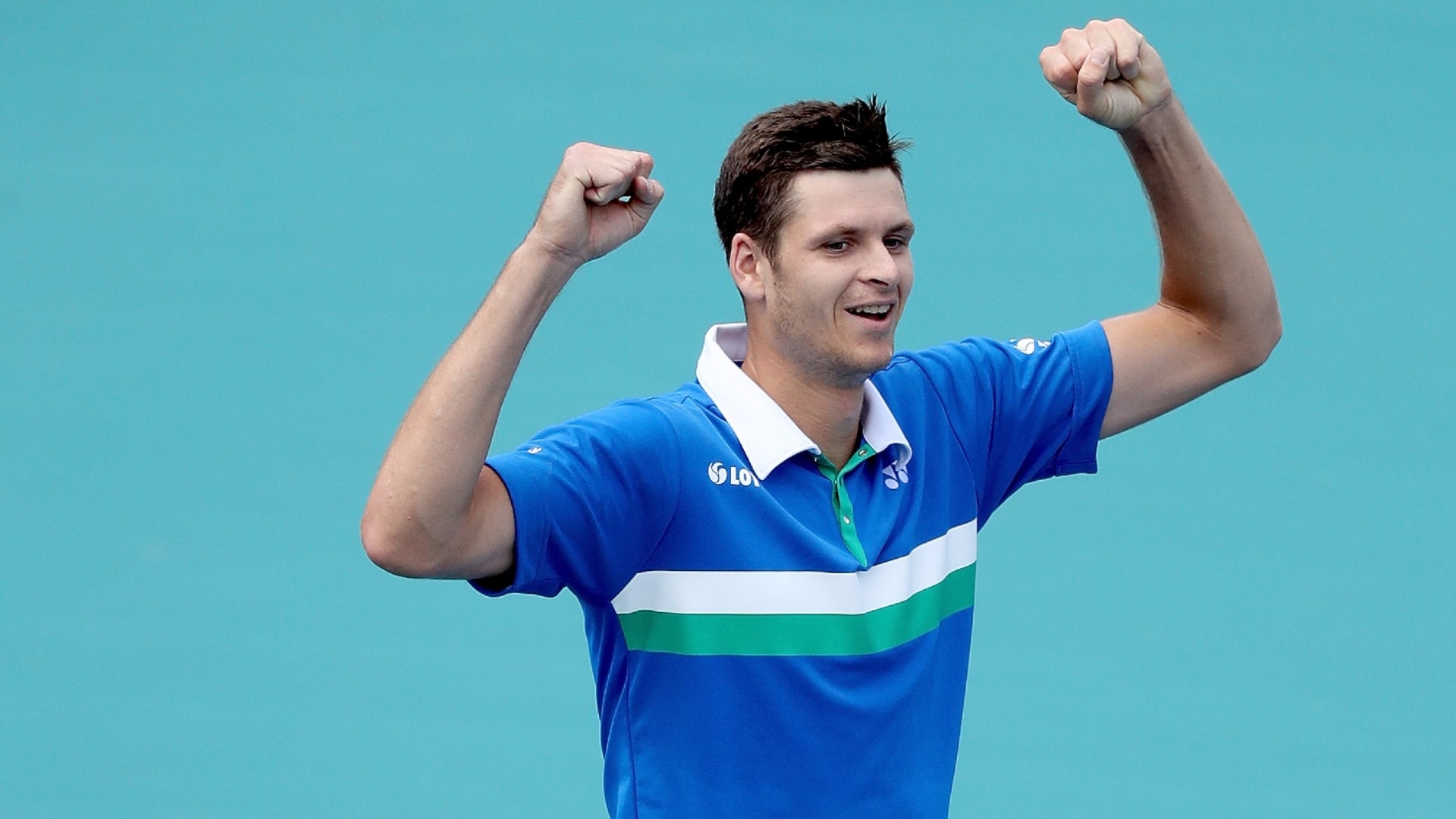 Daniil Medvedev will get another shot at Hubert Hurkacz after losing to the Pole in five sets at Wimbledon earlier this summer.

Medvedev set up a National Bank Open quarter-final showdown against Hurkacz thanks to a 6-2, 6-4 victory over James Duckworth on Thursday. The top-seeded Russian trailed 2-1 in the opening set but reeled off five games in a row to take control.

“He was playing [well], especially in the beginning,” Medvedev said of Duckworth. “I managed to get a few tight games — managed to get ahead. I think he lost his rhythm a little bit. I managed to be ahead throughout the rest of the match and then…it’s very normal; it’s the same for everybody when your back’s against the wall…I served for the match. He played much better than before.

“He managed to be the closer and well played from him because it’s putting pressure on your opponent. I managed to keep this pressure out there and really happy with the win.”

“Not easy to become No. 1 with Djokovic winning almost all the matches and all the Grand Slams” – Medvedev

After the match, the Russian was asked whether he thought himself as a future world No. 1. Medvedev was pragmatic to admit that becoming the top-ranked player in the world with Novak Djokovic dominating the Majors is not going to be an easy task.

“Well, to be honest, to be the No. 1, first of all, with Djokovic it’s not easy because he’s winning almost all the matches and all the Grand Slams, so you need to beat him in the final. So I had a final in Australia. Who knows? Maybe if I would have beaten him, I would be much closer, you know. It’s 800 points plus to me, 100 points less to him. But he beat me, so that’s the reality. I just want to try to play my best tennis. You know, if you win two Grand Slams in a year and two Masters, you’re going to be No. 1. That’s what you need to try to aim for, and so of course I want to be No. 1, but, yeah, I need to win big tournaments and big titles for this. That’s what I’m trying to do.”

In Thursday’s nightcap, Hurkacz, who also won the Miami Masters earlier this year, recovered from a slow start to beat Nikoloz Basilashvili 6-7(6), 6-4, 6-4.