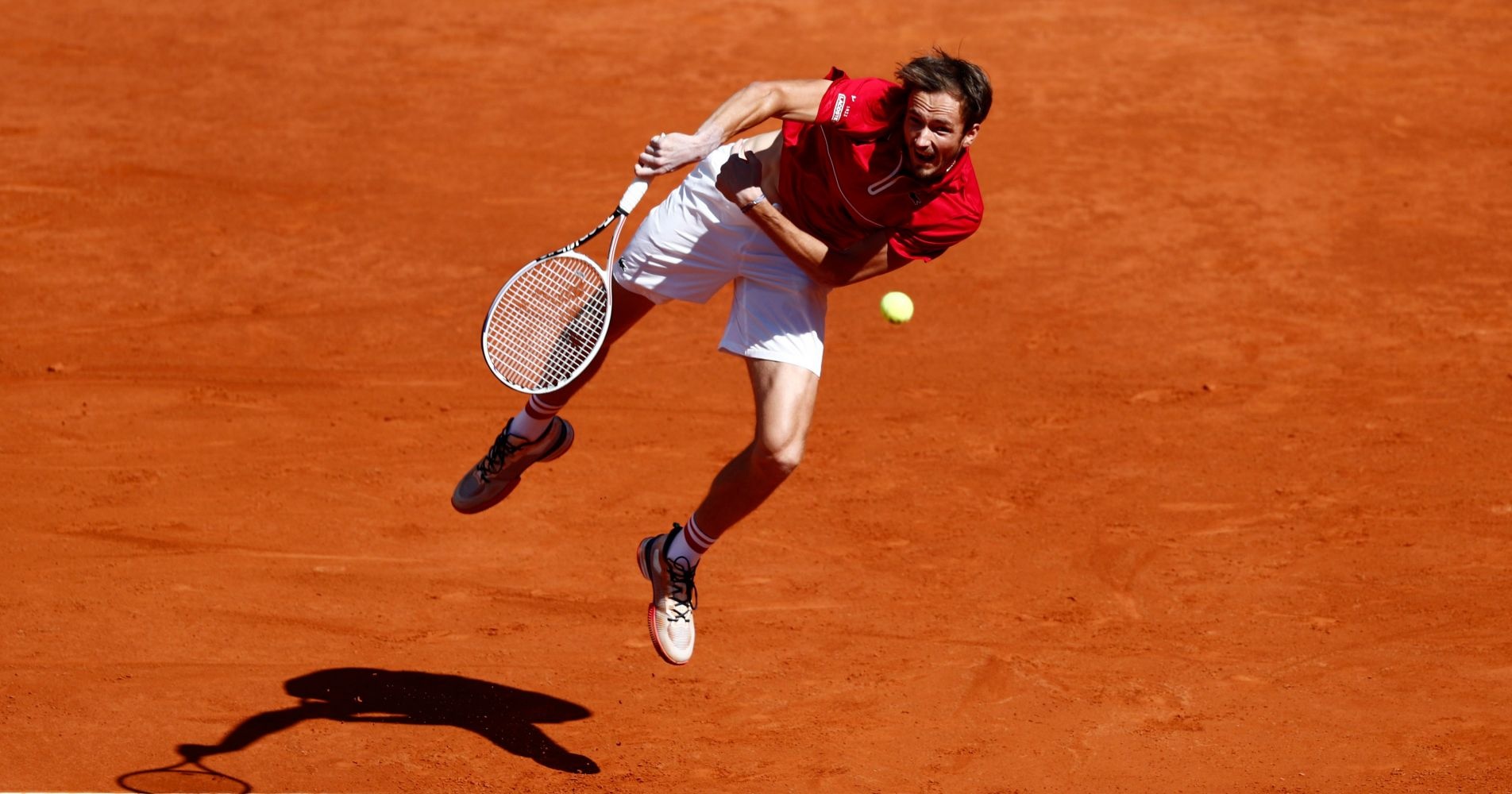 World No 3 Daniil Medvedev is through to the third round of the Mutua Madrid Open after a three-set win over Spaniard Alejandro Davidovich Fokina on Wednesday. This was the Russian’s first match since pulling out of last month’s Monte-Carlo Masters after testing positive for COVID-19.

The Russian, who is known to struggle on clay and failed to win a match on the surface last year, started off  slow against Fokina, who won the first set 6-4.

Medvedev came back in the second set to level the match before taking more control in the third, to complete the 4-6, 6-4, 6-2 win. The Russian had several opportunities on Fokina’s serve, converting 5 of 16 break point chances. He also saved 5 of 8 break points on his own serve in the two hour-12 minute contest and will next meet 16th seed Cristian Garin, who scored a 6-3, 6-4 win over Dominik Koepfer.

The win marked Medvedev’s first career win at the Madrid Masters  and also snapped his six-match losing streak on clay on the ATP tour – dating back to April 2019.

The love-in with clay begins 🧡@DaniilMedwed snaps his six-match losing streak on clay – dating back to April 2019 – with a 4-6 6-4 6-2 win against Davidovich Fokina!#MMOpen pic.twitter.com/S9KXePcktV

Medvedev’s path to the No 1 ranking

After reaching the No 2 spot earlier this year, Medvedev has dropped one place to No 3 but has a chance to overtake both Novak Djokovic and Rafael Nadal and move in to the top spot in the coming weeks if he has a successful clay-court season.

According to the ATP tour, the Russian needs to win the title in either Madrid or Rome and advance to at least the semi-finals in the other event, and needs Djokovic not to make the Rome final for him to become world No 1. If Medvedev does that, it would make him the first player outside the Big 4 to be occupy the top spot since Andy Roddick in January 2004.