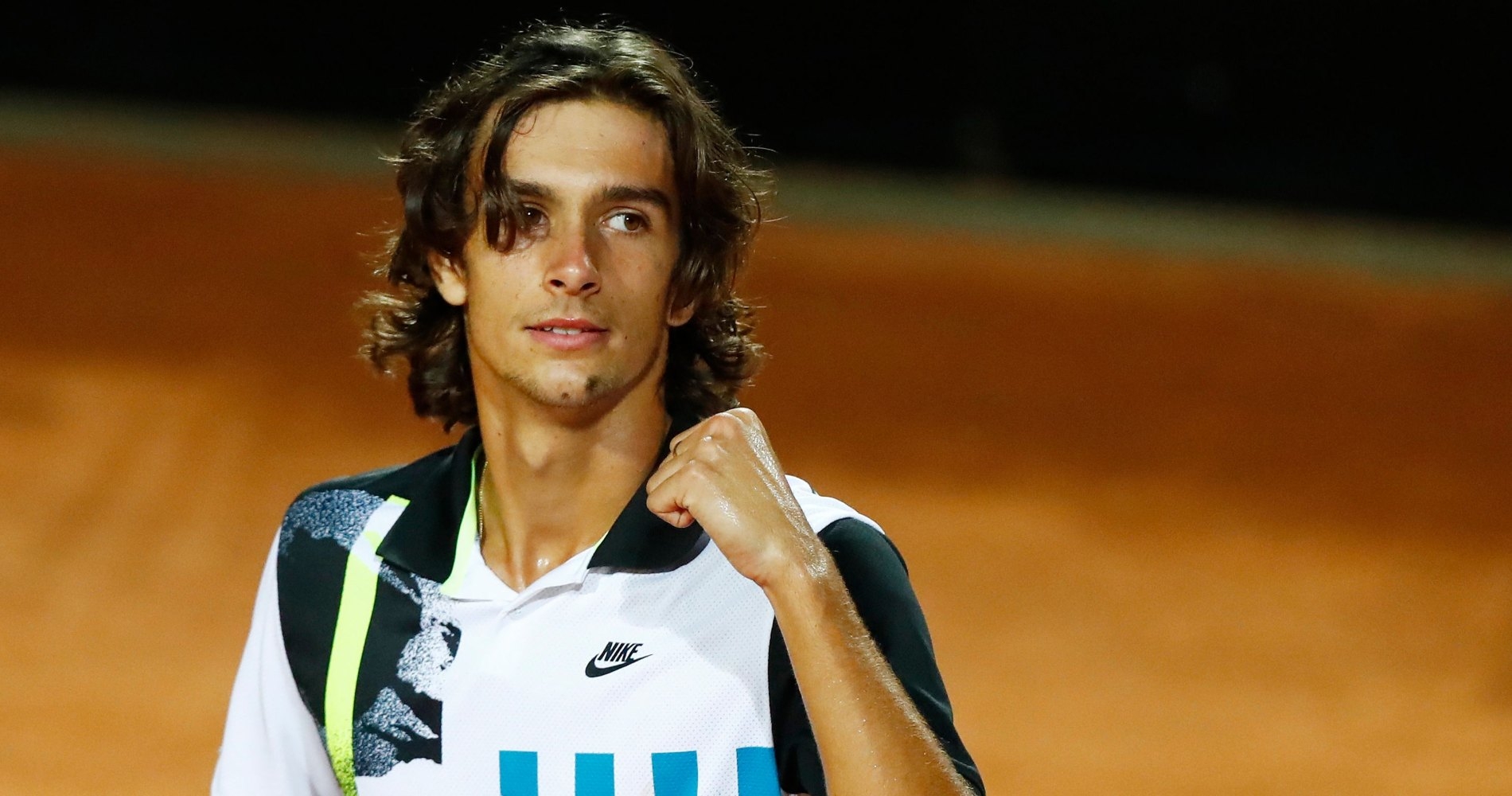 Lorenzo Musetti in Rome in 2020 (Panoramic)

Italian teenager Lorenzo Musetti sprang a huge shock at the Sardegna Open as he saved four match points to knock out top seed Dan Evans 6-1, 1-6, 7-6(8) to move on to the quarter-finals.

In a topsy-turvy match that lasted over two hours, the 19-year-old won the first set resoundingly before Evans won the second by the same score.

And the third went to a tie-break, with the British No 1 taking a 6-3 lead before letting it slip. Musetti saved four match points, and Evans had to save two – but lost the third on his own serve.

Musetti’s win follows a good week at the Miami Open, where he beat Michael Mmoh and 23rd seed Benoit Paire in straight sets, plus a run to the semi-finals in Acapulco.

The Italian now has 12 victories on tour – seven of which have come against players ranked in the Top 35.

He next faces either Laslo Djere or John Millman.

Evans, however, is experiencing a tricky run of form in singles, with first-round exits in both Miami and Dubai. He has been doing better on the doubles court, enjoying a run to the Miami final with compatriot Neal Skupski.

Perhaps his seeding in Cagliari was a surprise in itself – he has not won a match on clay since Rome in 2019.