Matteo Berrettini’s first appearance at this year’s Nitto ATP Finals brought Italian fans to life, but it ended in heartbreaking fashion as the Italian was forced to retire due to injury. 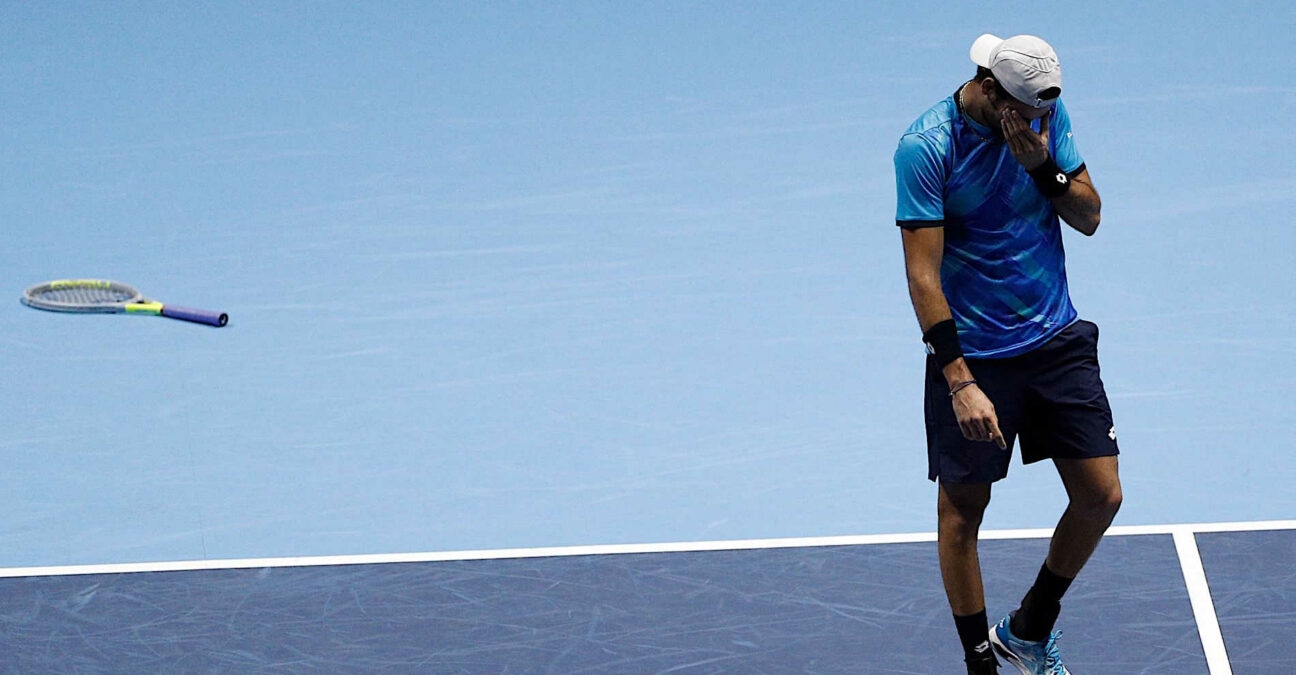 It was an electrifying moment when Matteo Berrettini took the court to face Alexander Zverev on Sunday night at the ATP Finals. For the first time in 52 stagings of the ATP Finals the tournament is being held in Italy and the 25-year-old was greeted with a symphony of applause as he battled tooth and nail with Alexander Zverev in a riveting 79-minute opening set that left fans on the edge of their seats.

It was disappointing for them that the German claimed the opening set, 7-6(7), but the mood quickly turned somber when Berrettini suffered what appeared to be an abdominal injury and was forced to retire after just one game in the second set.

Zverev notches the 7-6(7), 1-0 RET win, leaving Berrettini’s future at these ATP Finals in doubt. It seems unlikely, given the perceived severity of the injury, and his history with abdominal issues, that the Italian will be able to return to the court this week.

After the match Berrettini did a press conference and expressed his desire to continue playing at the ATP Finals, if the tests reveal that his injury isn’t that significant.

“I didn’t feel anything and then I felt it just like in that serve in the last game and it’s something that it’s mentally really tough for me, because I used to have like an injury close to the same area, so it’s really tough for me to go and play over it,” he said. “Also, because I don’t know what it is. So first I have to figure out what it is and then mentally if I see that it’s nothing really big, then maybe I can play.”

Berrettini suffered a similar injury this February at the Australian Open, so at the very least he has experience dealing with the issue. He missed over two months of tennis before making his return in April at Monte-Carlo.

“I remember coming back from that injury, in order to serve full power I had to say to myself to be brave because it’s not easy when you’ve felt something that sharp,” he said. “So right now I really hope that it’s not that big, but it was just impossible to keep playing. Obviously I was feeling it today again, I wasn’t able to finish, but hopefully with my team and with the doctors tomorrow I’m going to do some checks and I really hope it’s not going to be something that is going to make me not play the next two matches.”

After embracing Berrettini at the net, Zverev gave an on-court interview to ATP Media in which he expressed his sadness with the situation.

“To be honest I feel like crying right now,” he admitted. “I don’t know what to say. Yes, it was a fantastic first set and the level was great but at the end of day it’s not important because at the end of the day what you want is both players to shake hands at the end of the match and go off the court healthy and prepare for the next one.

“For Matteo this is the worst feeling he can have because he’s playing all year long to qualify for this event, it’s so special because it is at home for him, we have 15,000 people here all cheering him on and after one set the tournament is over for him.”