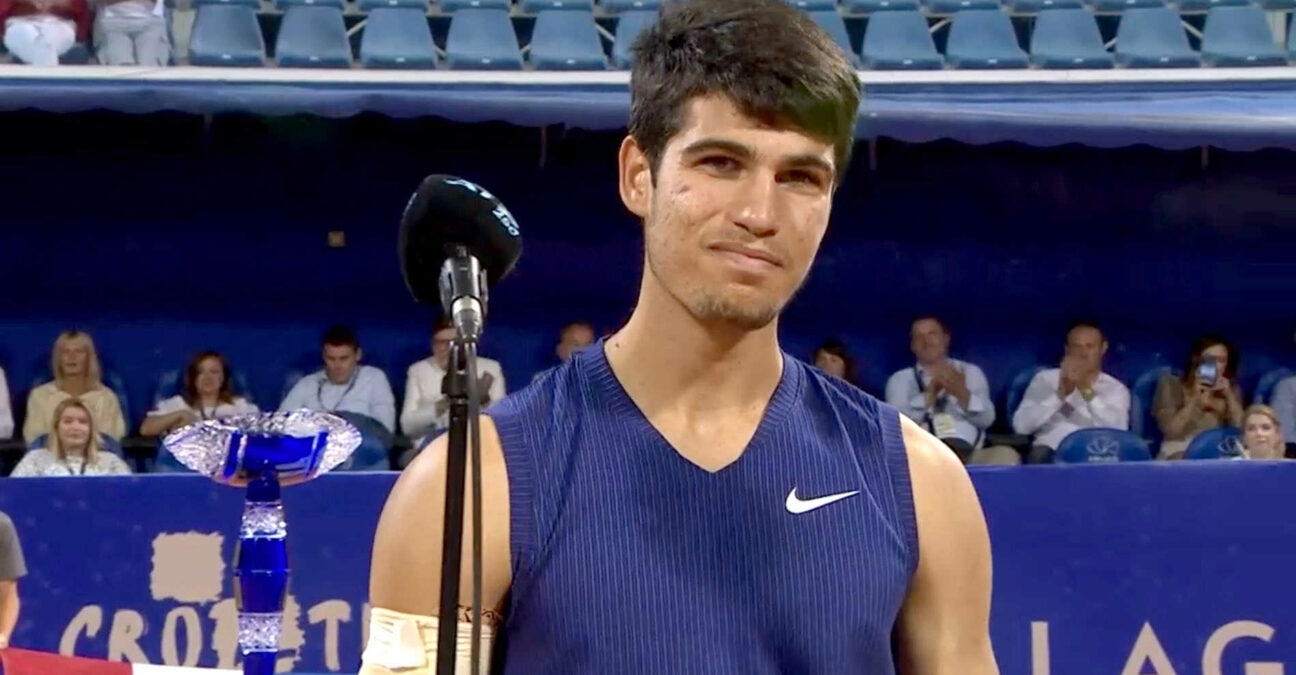 Spain’s Carlos Alcaraz wasn’t even born when then 15-year-old Richard Gasquet registered his first ATP victory in 2002, but on Sunday the 18-year-old was very much the man of the hour as he dismantled the stylish game of the 35-year-old Frenchman, 6-2, 6-2, to become the youngest ATP title winner in over 13 years.

Alcaraz, a heralded prospect ever since he earned his maiden victory on tour as a 16-year-old at Rio in 2020, has taken a giant step this week in Umag, where he rifled through three of the top four seeds – No 3 seed Filip Krajinovic in the quarter-finals, top-seeded Albert Ramos-Vinolas in the semi-finals, and fourth-seeded Richard Gasquet in Sunday’s final – to raise the trophy.

”It’s amazing. I have a lot of emotions. I’m really, really happy with this victory, this win, my first ATP [trophy],” Alcaraz said. “I’m going to enjoy this moment a lot.”

A breathtaking force on the clay

It was a breathtaking display of clay-court tennis that earned Alcaraz the title over the former world No 7 in a final that featured the third-largest age gap (17 years) between finalists since the ATP began keeping such stats in 1990. Alcaraz was in command from start to finish, his full explosive movement and shotmaking arsenal leaving Gasquet flat-footed and out of sorts.

This week commentators compared Alcaraz’s powerful strikes and movements to Austria’s Dominic Thiem. The pair are built differently from a physical perspective, and produce their shots in different manners, but the level of force that each generates is similar.

Displaying no nerves in his first ATP final, Alcaraz wasted little time to move ahead, breaking for 2-1 in both sets. The Spaniard was the perfect front-runner, adding an insurance break for 5-2 in the first and breaking critically for 4-1 in the second.

In total Alcaraz saved all three break points he faced and dropped just 15 points on serve. He was especially ruthless against Gasquet’s second serve, winning 18 of 29 such points, which helped earn eight break points in the 77-minute contest.

Gasquet can hold his head high after becoming the second-oldest finalist in Umag history, and reaching the title round of an ATP event for the first time since 2018. The Frenchman, who came through a tough three-setter with Germany’s Daniel Altmaier on Saturday, admitted that Alcaraz had too much firepower for him on Sunday.

“He’s playing unbelievable,” he said. “He’s only 18 and of course he has a great future and I just couldn’t play at his level and his intensity. That was the key of the match and he didn’t lose a point. He played well, very solid. He’s a great player.”