November 6, 2005: The day Tomas Berdych won his first and only ATP Masters title

On this day in tennis history, 2000s top 10 staple Tomas Berdych claimed his one and only Masters title in Paris as world No 50. 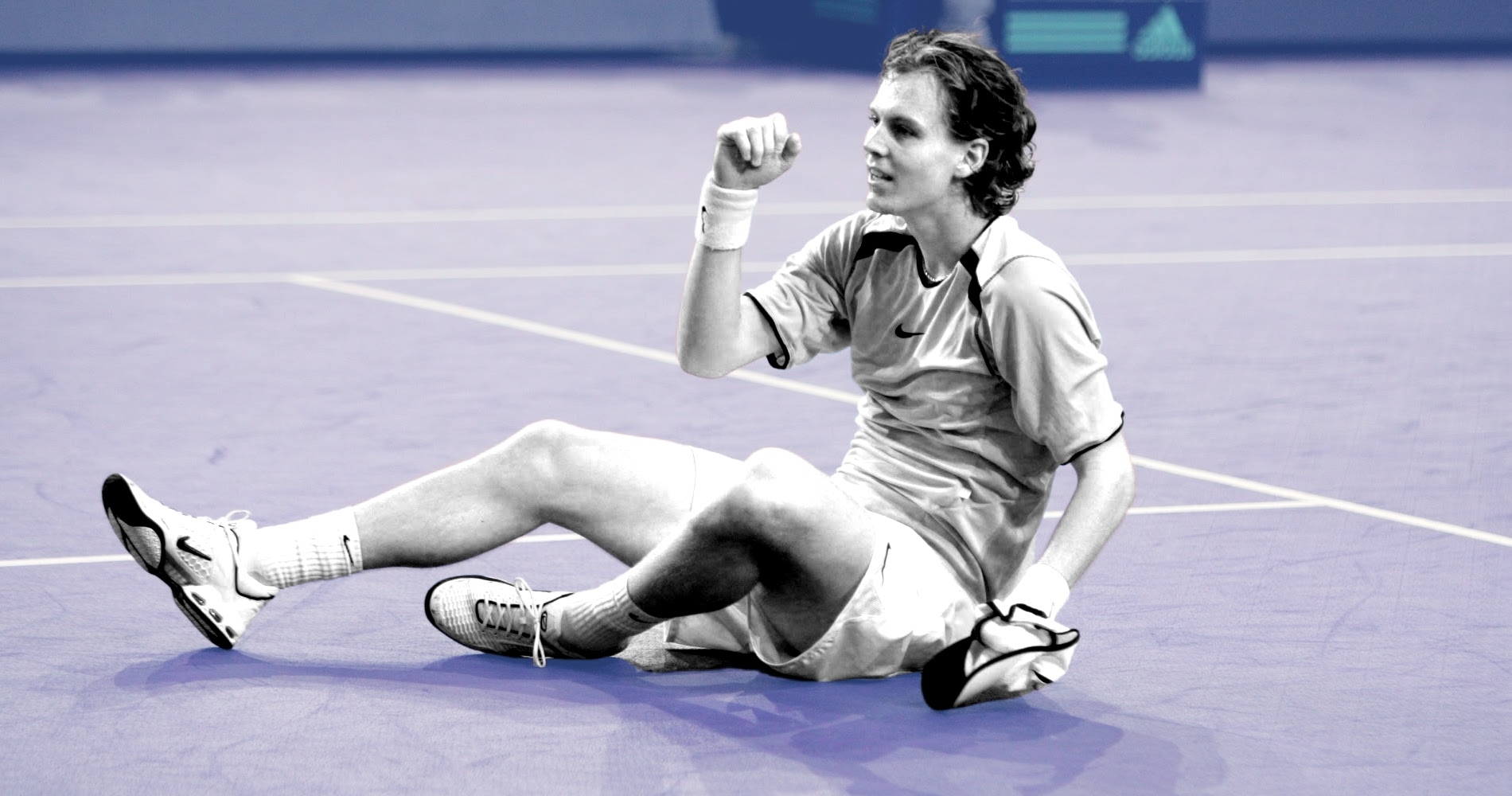 On this day, November 6 in 2005, unseeded Tomas Berdych, aged 20 and ranked 50th in the world, stunned the tennis world by winning the Paris Masters, his first ATP Masters 1000 crown, defeating Ivan Ljubicic in the final (6-3, 6-4, 3-6, 4-6, 6-4). In the absence of many top players like Roger Federer, Rafael Nadal, Andre Agassi, Lleyton Hewitt and Marat Safin, the Czech still beat two top 10 players on his way to the title (No 7 Guillermo Coria, and No 10 Ljubicic). Although Berdych went on to have an incredibly successful career, his first Masters 1000 triumph would also be his last.

Tomas Berdych was born in 1985, and he made his Grand Slam debut entering the 2003 US Open draw as a lucky loser and reaching the second round, but he was defeated by Juan Ignacio Chela 2-6, 6-1, 6-4, 6-3. In February 2004, he made his way out of the qualifiers at the Australian Open and reached the second round again, where he was brutally dismissed by Andre Agassi (6-0, 6-2, 6-4). A few months later, he made himself known to the general public by beating the world No 1, Roger Federer, in the second round of the Athens Olympic Games (4-6, 7-5, 7-5). Subsequently in September, he claimed his maiden title in Palermo by defeating Filippo Volandri in the final, 6-3, 6-3. In 2005, he struggled to match his level of play until July, when he finished runner-up to Rafael Nadal in Bastad (2-6, 6-2, 6-4).

In 2005, the Paris-Bercy Masters 1000 was deprived of many top players, including the two top players in the world, Roger Federer and Rafael Nadal, and the defending champion Marat Safin. As a consequence, the two first seeds were Andy Roddick (world No 3) and Guillermo Coria (world No 7). It was the perfect scene for a surprise, and the player who created it was Tomas Berdych.

In the final, Berdych faced Ivan Ljubicic, who had just entered the top 10. The Croatian had already claimed two indoor titles in 2005, and since the US Open, he had won 20 matches and suffered only two losses. At the Madrid Masters 1000, he lost to Nadal, world No 2, despite a two-set lead, and in the Paris semi-final, he defeated the top seed and world No 3 Andy Roddick (6-3, 7-5). In other words, Berdych was not the favourite. 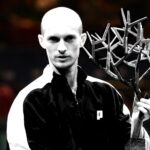 Yet, the Czech started the match hot. After breaking his opponent’s serve at 2-1, he held on to his own serve, sealing the first set with an ace, 6-3. Berdych confirmed his hold on the match by taking the second set, 6-4. However, Ljubicic upped his game with his back against the wall and won the next two sets (6-3, 6-4). When Berdych received medical treatment before starting the fifth set, it looked like his fate was sealed, but he kept on fighting.

In the decider, there were no break opportunities in the first nine games, until Berdych eventually broke Ljubicic at 5-4, sealing the match at the same time. To general astonishment, the 50th player in the world had just clinched the prestigious Paris-Bercy title. He was the lowest-ranked player to achieve that feat, and he was also the youngest player to win the tournament since 18-year old Boris Becker prevailed in 1986.

“If someone had told me I was going to win the tournament, I would have called him crazy”, said Berdych. “On the other hand, in tennis, anything can happen, and I am very happy about my win and the way the season ends.”

Despite his loss, Ljubicic, who earned his spot at the Masters Cup thanks to his great Parisian week, stayed positive.

“I had a fantastic week really, although I would have liked to win. Now I look forward to the Masters Cup and Davis Cup.”

Tomas Berdych would become a solid top 10 player, reaching five Grand Slam semi-finals, and finishing runner-up to Rafael Nadal at Wimbledon in 2010. With countryman Radek Stepanek, playing both singles and doubles, Berdych would achieve the feat of clinching two consecutive Davis Cup titles in 2012 and 2013. After climbing as high as world no.4, in 2015, Tomas Berdych would retire in 2019.

Later in 2005, Ivan Ljubicic would lead Croatia to win the Davis Cup for the first time, defeating Slovakia in the final (3-2). He would climb as high as world No 3 in 2006. That year, he would reach the quarter-finals at the Australian Open and the semi-finals at Roland-Garros, which would remain his best Grand Slam performance. The Croatian would claim his biggest title at Indian Wells in 2010, defeating Andy Roddick in the final (7-6, 7-6). After his retirement in 2012, Ljubicic would become a coach, working with Milos Raonic (2013-2015) and then with Roger Federer.