Every day, Tennis Majors takes you back to one of the most iconic moments in tennis history. On this day, October 20, 2006, Tomas Berdych beat Rafael Nadal in Madrid and upset a nation 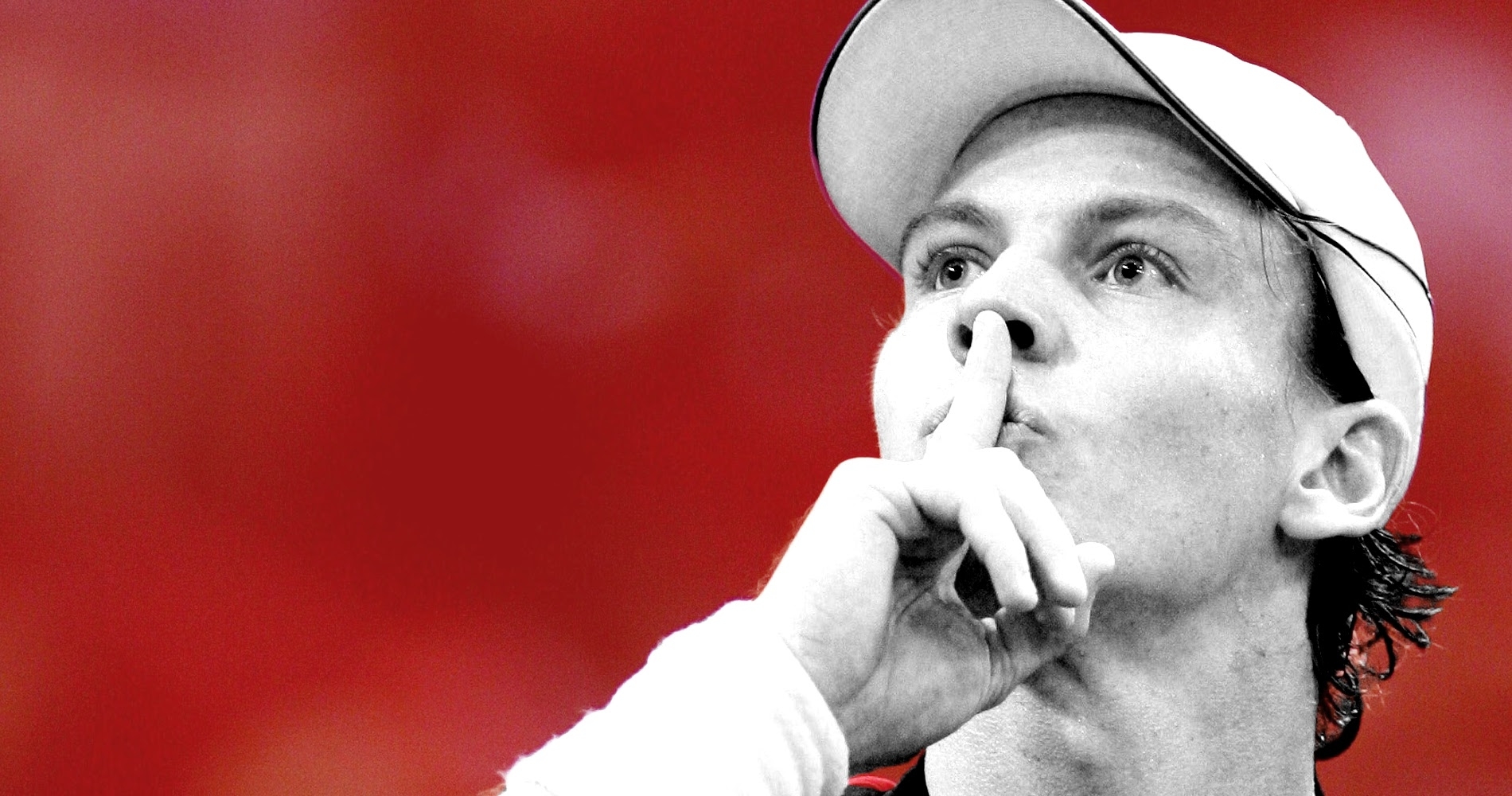 On this day, October 20, 2006, Tomas Berdych defeated Rafael Nadal in his own country, in the quarter-finals of the Madrid Masters 1000 (6-3, 7-6). Irritated by a partisan crowd, the Czech famously put his finger to his lips to silence the public after the match point. With this win, Berdych, who would always carry a bad boy reputation, took a 3-1 lead in his head-to-head record against the Spaniard.

Rafael Nadal had been No 2 in the world since July 2005, shortly after winning his first title at Roland-Garros at the age of 19. On clay, he was the best player in the world, having claimed no fewer than 12 titles on this surface, including two at Roland-Garros, where he beat Mariano Puerta in the 2005 final (6-7, 6-3, 6-1, 7-5), and Roger Federer in the 2006 final (1-6, 6-1, 6-4, 7-6). He became Federer’s nightmare, stopping him twice at the French Open (2005, 2006), and beating him up to four times in 2006, a year when only two players managed to beat the Swiss – the other being Frenchman Jo-Wilfried Tsonga. The left-hander’s topspin forehand was a torture for his opponents and his defensive skills were incredible. Nadal was not to be challenged on clay, but he was also improving on other surfaces. He had managed to win two Masters Series tournaments on hard courts in 2005 (Toronto and Madrid), but he also started to perform where no one expected him to, due to his game style; on grass. In fact, he reached the final at Wimbledon in 2006, where Roger Federer took his revenge from the Roland-Garros final (6-0, 7-6, 6-7 6-3). However, he was still vulnerable on hard courts; he was beaten by world No 54 Mikhail Youzhny in the US Open quarter-finals (6-3, 5-7, 7-6, 6-1) and he had also lost in the second round in Stockholm, outgunned by the Swedish big server Joachim Johansson (6-4, 7-6).

Tomas Berdych was born in 1985. The 18-year old Czech was making his first steps on the main tour. He had just made his Grand Slam debut at the 2003 US Open draw as a lucky loser and reaching the second round (defeated by Juan Ignacio Chela, 2-6, 6-1, 6-4, 6-3). In February 2004, he made his way through qualifying at the Australian Open and reached the second round again, where he was brutally dismissed by Andre Agassi (6-0, 6-2, 6-4). A few months later, he made himself known to the general public by beating the world No 1, Roger Federer, in the second round of the Athens Olympic (4-6, 7-5, 7-5), and in September, he claimed his maiden title in Palermo (defeating Filippo Volandri in the final, 6-3, 6-3). A year later, he obtained his first remarkable result in a Masters 1000 event when he won the Paris Indoors, defeating Ivan Ljubicic in the final (6-3, 6-4, 3-6, 4-6, 6-4). He finished the year as world No 25. In October 2006, after he had reached the fourth round at Roland-Garros, Wimbledon and the US Open, he was ranked No 11 on the ATP Tour.

The place: The Madrid Masters 1000

Rafael Nadal, world No 2, was not only the local star in Madrid, but he was also the defending champion. In 2005, the new king of clay, who had already triumphed in Toronto, had once again proved that his defensive game style could be effective on fast surfaces, defeating Ivan Ljubicic in the final after coming back from two sets down (3-6, 2-6, 6-3, 6-4, 7-6).

On this day, October 20, 2006, Berdych played at a very high level from the start and he took the first set, 6-3. In the second set, the Czech was openly displeased by the crowd’s attitude, which was cheering on Nadal’s winners but also Berych’s mistakes. Nonetheless, he stayed focused on his aggressive game, putting constant pressure on the Spaniard. Pushed into a tiebreak, Berdych obtained a first match point after a lucky guess made on a penalty shot. After this point, the Czech mocked Nadal’s demonstrative celebration, before sealing his victory as Nadal didn’t manage to return his first serve. Before shaking the hand of his opponent, Berdych looked at the crowd, putting a finger to his lips as to say “quiet”. “You are a bad person”, Nadal told him when they shook hands.

“I can understand they want him to win the match and the tournament, but this is not a Davis Cup where you can expect this.” Berdych said, according to ESPN. “This is the kind of game I like, that he’s running behind the baseline and hitting balls just over the net so I could go in and volley or stay back and play from the baseline.”

Berdych would be defeated in the following round by Fernando Gonzalez, 6-3, 6-1. Even though he claimed that he liked Nadal’s game, he wouldn’t be able to defeat him again until the 2015 Australian Open, losing 18 consecutive matches against the Spaniard, including a Wimbledon final, in 2010 (6-3, 7-5, 6-4).

Although Nadal would win all the four Grand Slam tournaments in his career, he would always be more vulnerable on indoor hard courts. The 2005 Madrid Masters 1000 would remain the only big tournament claimed on that surface in his amazing career.