Benoit Paire fell to 2-17 in 2021 with his Wimbledon loss to Diego Schwartzman on Tuesday. Paire’s effort was so lackluster that chair umpire Mohamed Lahyani felt the need to get involved. 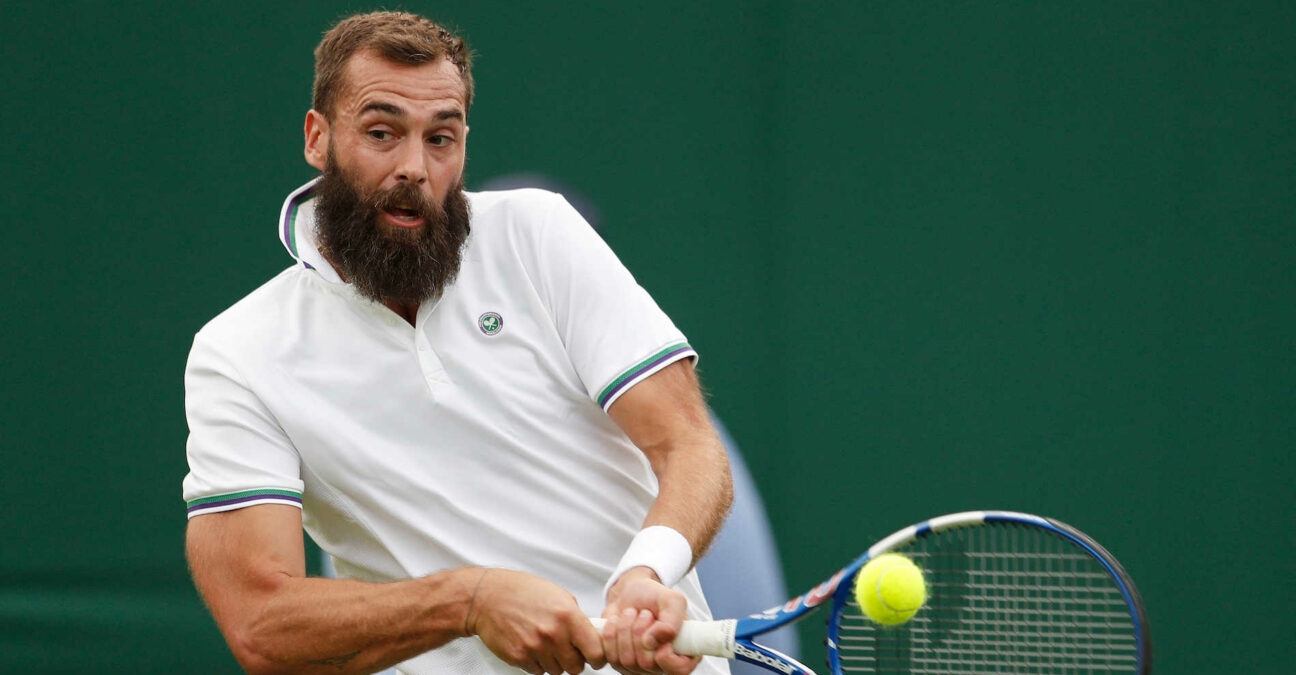 Not even the most prestigious tennis tournament in the world is immune to the tank show that has been Benoit Paire‘s 2021 season. Heading into Wimbledon, Paire was saddled with a 2-16 record for the year. Eleven of his 16 losses had come either in straight sets or via retirement. On more than a few occasions he blatantly did not put forth a max effort.

Would anything change at the All-England Club, site of the most hallowed grounds in tennis — and a place where Paire reached the fourth round in both 2017 and 2019? The answer to that would be a resounding “no.” The Frenchman faced Diego Schwartzman in the Wimbledon first round and was not competitive on Monday nor when their rain-delayed match continued on Tuesday. It lasted a total of one hour and 31 minutes across the two days, with Schwartzman easing to a 6-3, 6-4, 6-0 victory.

It’s not as if no one saw this coming. Five minutes after play was suspended on Monday, Paire gave fans a peek into his state of mind by posting the following on Instagram:

The third set was nothing short of a horror show from Paire. The world No 47 lost the set in a mere 16 minutes, during which he did not win a single point in three return games. He won five points in total. At one point a heckler in the stands shouted at Paire, “You’re wasting everyone’s time!”

Following a series of wild forehands that landed nowhere near the court, chair umpire Mohamed Lahyani issued a code violation for a lack of effort and implored Paire to start trying so that he would not have to issue another one — which would have resulted in a point penalty and additional fine.

It invoked memories of a match between Nick Kyrgios and Pierre-Hugues Herbert at the 2018 US Open, also umpired by Lahyani. With Kyrgios losing and giving no effort, Lahyani got out of his chair after the third game of set two and basically gave the Aussie a pep talk. Kyrgios suddenly started trying and ended up coming back from a set down to win the match in four.

There would be no such recovery for Paire on Tuesday.

After Lahyani intervened, Paire argued that there was no proof that his poor play was due to tanking as opposed to an injury. The 32-year-old told Lahyani to call a physio, basically admitting that he wanted to fake being injured so that he wouldn’t get fined for tanking. Knowing that Paire was not legitimately injured, Lahyani refused.

While ESPN showed highlights — or more like lowlights — of the match, commentator Brad Gilbert argued that the ATP Tour should have already suspended Paire long before this latest incident. So far, however, Paire has avoided a disciplinary action. What he hasn’t avoided is a nightmarish 2-17 match record in 2021.

This certainly isn’t the first time in 2021 that debate has raged over what to do about Paire. Questions have been going on for some time now about why he has been behaving the way he has and how the ATP should respond. The Covid-19 pandemic, bubble life, and a lack of crowds were thought to be a problem, but there were plenty of fans at the Paire-Schwartzman match and the same thing still happened.

The Match Points panel joined the debate earlier this year.