Home » News » ATP » Panic over as Djokovic clarifies on-court comments: “There is no reason yet to think about leaving tennis”

Panic over as Djokovic clarifies on-court comments: “There is no reason yet to think about leaving tennis” 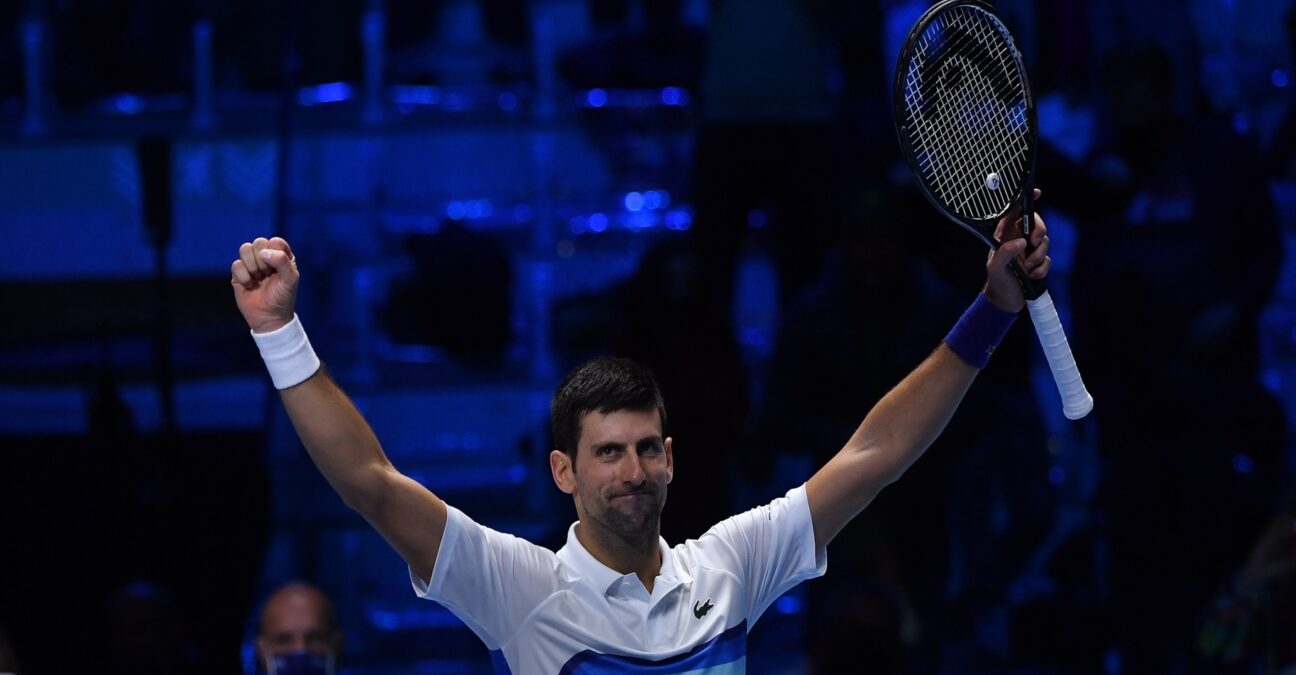 For a brief moment in Turin on Monday, it seemed like the tennis world had gone into shock.

Using the Italian words “paio d’anni”, Novak Djokovic had intended to say that he would be around at the top of the game for a few years yet, only to spark a social media frenzy as some interpreted the expression strictly to mean “two” years, suggesting the world No 1 might have set a time limit on his career.

But when he spoke to the media a while later, Djokovic clarified his comments, and his fans on social media breathed a little easier.

“No, no, I didn’t mean it that way,” said Djokovic, who opened his ATP Finals campaign with a 7-6 (4), 6-2 win over Casper Ruud of Norway. “Paio d’anni” means couple of years. I said “couple,” meaning — I don’t know. I thought couple of years playing at the highest level, why not? I mean, it would be great.”

In Italian, “paio d’anni” can mean a couple or a few, but is often used exactly, to mean “two”. Having cleared up the confusion, the 34-year-old Djokovic expanded on how he intends to be around for some time yet.

“Look, I don’t have a number in my mind, you know, of the years I still want to play at this level,” he said. “I don’t have a limit. I don’t want to impose a limit to myself at all, because I still enjoy playing tennis, and I really enjoy competition and playing at the highest level. Being No 1 in the world, there is no reason for me yet to think about leaving tennis. You know, I really am in a good place at the moment. So I’m sorry if someone misinterpreted that.”

“Djokovic on retirement: I don’t feel it’s around the corner”

Aside from an elbow injury which required a medical intervention in 2018, Djokovic has been largely injury-free throughout his career, testament to how much effort he puts in off the court to stay healthy. When he’s done playing, when the motivation is no longer there, that’s when he’ll call it a day.

“I take care of my body along with my team pretty well, so I believe it won’t be for the injury actually, I hope it won’t be for that, that it will come on my own terms, whenever that moment arrives, that I’ll be very clear with myself that that’s it, you know, that that chapter of my life is done, that I can move on,” he said.

“But I just don’t feel that’s around the corner, so to say. I still feel like I have years in my legs and in my heart and in my head. As long as that’s the case, I’ll keep going, because I truly love the sport and I enjoy the competition, because it keeps me going, challenges me, motivates me, and that’s essential ingredients, so to say, for me to still keep on playing, because otherwise it will be very difficult to get up more or less every single day and train hard in order to stay at that highest level and compete for the biggest titles in sport and biggest achievements.”

Djokovic, who is trying to win the ATP Finals for a record-equalling sixth time, will face the winner of Monday night’s match between Stefanos Tsitsipas and Andrey Rublev in his second round-robin match in Turin. 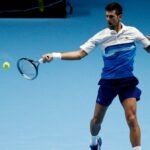