On this day, on October 8, 1989, future world No 1 Jim Courier claimed his maiden title in Basel, Switzerland by beating Stefan Edberg 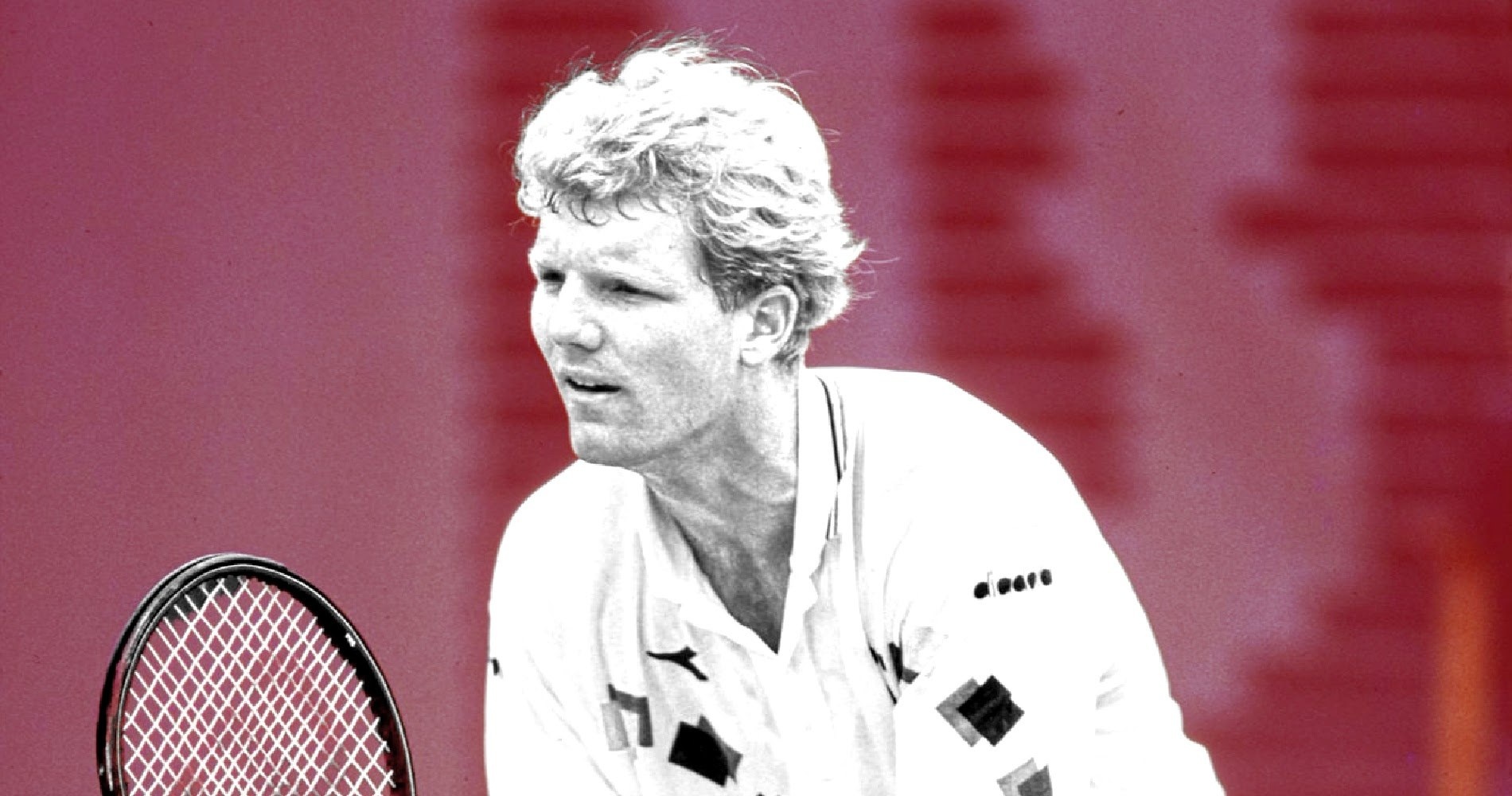 On this day, October 8, 1989, future world No 1 Jim Courier claimed his maiden title in Basel, Switzerland. To achieve that feat, the American upset world No 3 Stefan Edberg in the final (7-6, 3-6, 2-6, 6-0, 7-5). It was only his second win against a top 10 player, but it was not the last: at the start of 1992, having claimed two Grand Slam titles, Courier would become world No 1. This was also the first encounter between two future rivals who would face each other in three major finals.

Born in 1970, Jim Courier was one of many players that developed at the Nick Bollettieri tennis academy in the 1980’s. He developed quite an unconventional game, using western grips and short backswings, often compared with baseball swings, which matched his trademark cap. His big serve and inside-out forehand were his favorite shots, and he was famous for his work ethic, commitment and fitness. He was part of a young American big four which made a big impression on the tour: Andre Agassi, who was in the top 10 from 1988, Michael Chang, who had already triumphed at Roland-Garros, and Pete Sampras. So far, Courier’s best result was a fourth at the French Open, after defeating Agassi, the world No 5 (7-6, 4-6, 6-3, 6-2).

Stefan Edberg was born in 1966. Highly successful in junior tournaments (he achieved the junior Grand Slam in 1983), he almost quit tennis the same year at the age of 17, after one of his serves accidentally killed a line judge in New York. He continued and probably didn’t regret it. As soon as December 1985, a few months after young Boris Becker had broken through by winning Wimbledon, Stefan Edberg claimed his first Grand Slam, also on grass, at the Australian Open, defeating fellow Swede Mats Wilander in the final (6-4, 6-3, 6-3).

In 1989, Jim Courier, aged 19, was only playing only his second year on the main tour. Ranked 35th on the ATP Tour, his best result so far had been a victory over Andre Agassi at Roland-Garros, which had propelled him in the fourth round of a Grand Slam for the first time (lost to Andrei Chesnokov, 2-6, 3-6, 7-6, 6-2, 7-5). With his powerful baseline game, he was not the favourite against Stefan Edberg in the final of the Swiss Indoors, in Basel. The Swede was world No 3 having finished runner-up at both Roland-Garros and Wimbledon and his serve-and-volley game was particularly effective on fast indoor surfaces.

Yet, in the first encounter between the two players, it quickly appeared that while the 1988 Wimbledon champion was not performing at his best, the young American was on fire. Still, Edberg was experienced, and the surface perfectly suited his tactics, and he managed to grab a two sets to one lead. Then, in the fourth set, Courier played flawless tennis, blasting passing shots in every direction to win the set 6-0, pushing his opponent into a fifth and deciding set. It was a close decider but the American, who was playing his first final on the tour, prevailed 7-5 to claim his maiden title.

“This was by far my best tennis”, commented Courier. “I took advantage of the fact that Stefan could have played better.”

After claiming four Grand Slam titles in less than two years (adding the 1991 and 1992 French Open to his two Australian crowns), Courier’s career would decline after his loss in the Roland-Garros final in 1993 (defeated by Sergi Bruguera, 6-4, 2-6, 6-2, 3-6, 6-3). In the last five years of his career, he would only claim five of his 23 career titles. In 2000, his ranking dropped to no.67, and his motivation was at its lowest, which pushed him to quit professional tennis. In total, Courier would have spent 58 weeks on top of the ATP rankings.