Vasek Pospisil is into the quarter-finals in Marseille after another brilliant win. 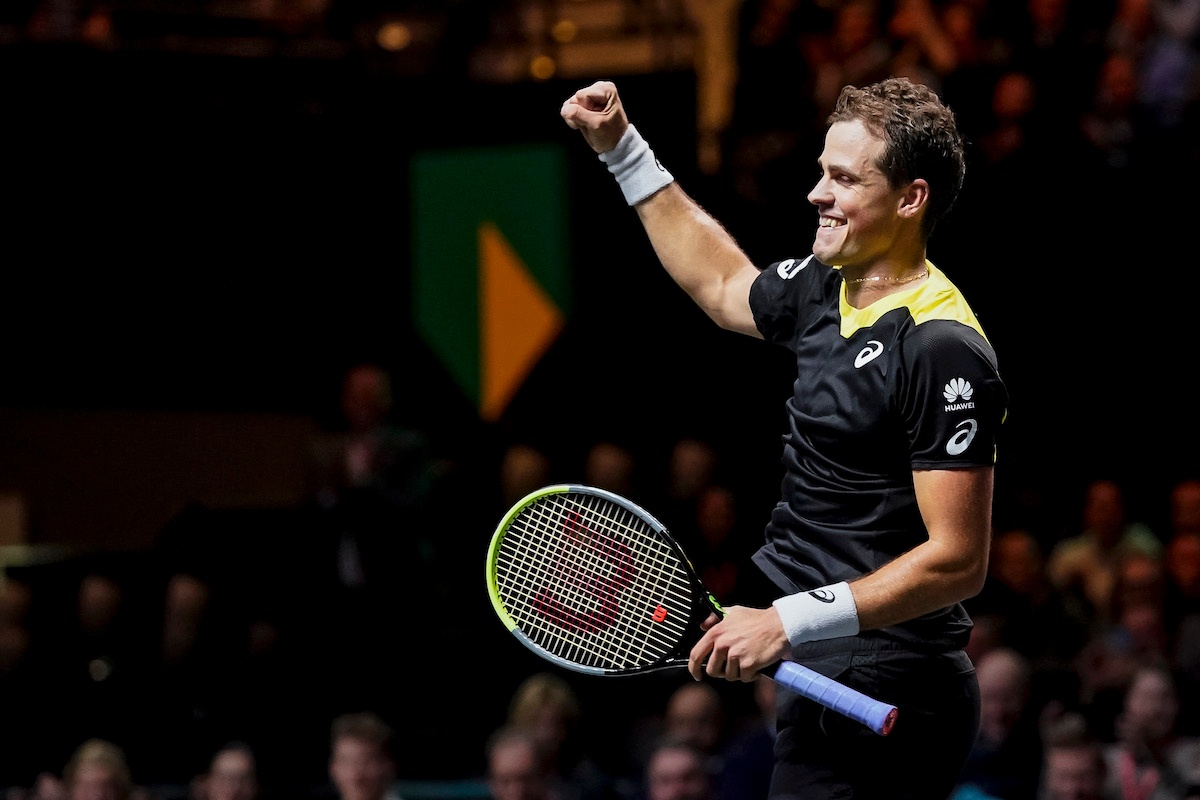 Vasek Pospisil is playing again like a Top 30 player, and he’s going to be a massive floater in the draws as long as his ranking hasn’t caught up with his level of play! On Wednesday, the Canadian qualified for the quarter-finals in Marseille by beating Hubert Hurkacz (29th) in straight sets (6-3, 6-4). A true big performance against a Polish player that’s been one of the revelations of last year and whose power and serve indoor make him an absolute threat. So after the final in Montpellier, his win over Daniil Medvedev (6-4, 6-3) and a very tight loss there against future semi-finalist Filip Krajinovic (6-4, 7-6(7), Pospisil keeps showing that he’s truly back to his best level. Which is not the case for now in 2020 for Hurkacz who seems to struggle with consistency after being such a revelation in 2020. On Wednesday, he ended with 48% of first serves which made it way too complicated for him as his whole game relies on that first shot. Confidence is a tricky thing in tennis, but when a player like Hurkacz lacks it, with his speed of play and the risks he takes with his flat shots, it’s becoming a mandatory component.

With today’s win, the flying Pospisil will be back in the Top 90 at least next Monday and some of the best players in the world might start to hope his ranking keeps rising enough for him to get a seed so they don’t have to face him in the first rounds!

Vasek on the rise 📈@VasekPospisil continues his strong start to the season by moving into the @Open13 quarter-finals.pic.twitter.com/9dcmELBP43

At 29 years old, he seems to be finally free from the injuries that have plagued his last years on Tour, especially that back issue that lead him to spend more than six months out in 2019. And as things go fast in tennis, it was easy to forget how well Pospisil was playing when he was the 25th player in the world in 2014. But in February 2020, the Canadian is sending a memo to everybody. His power, his physical intensity, and his massive forehand have joined forced with a renewed hunger: Pospisil is playing out there as a man on a mission. And with the confidence piling, he’s becoming more and more dangerous for the best players in the world. We’ll have to see how his body copes with all the matches played lately and if he can keep that level through the next US Tour and then on clay, but for now, his journey really looks like he’s getting a second shot at a career at the top.