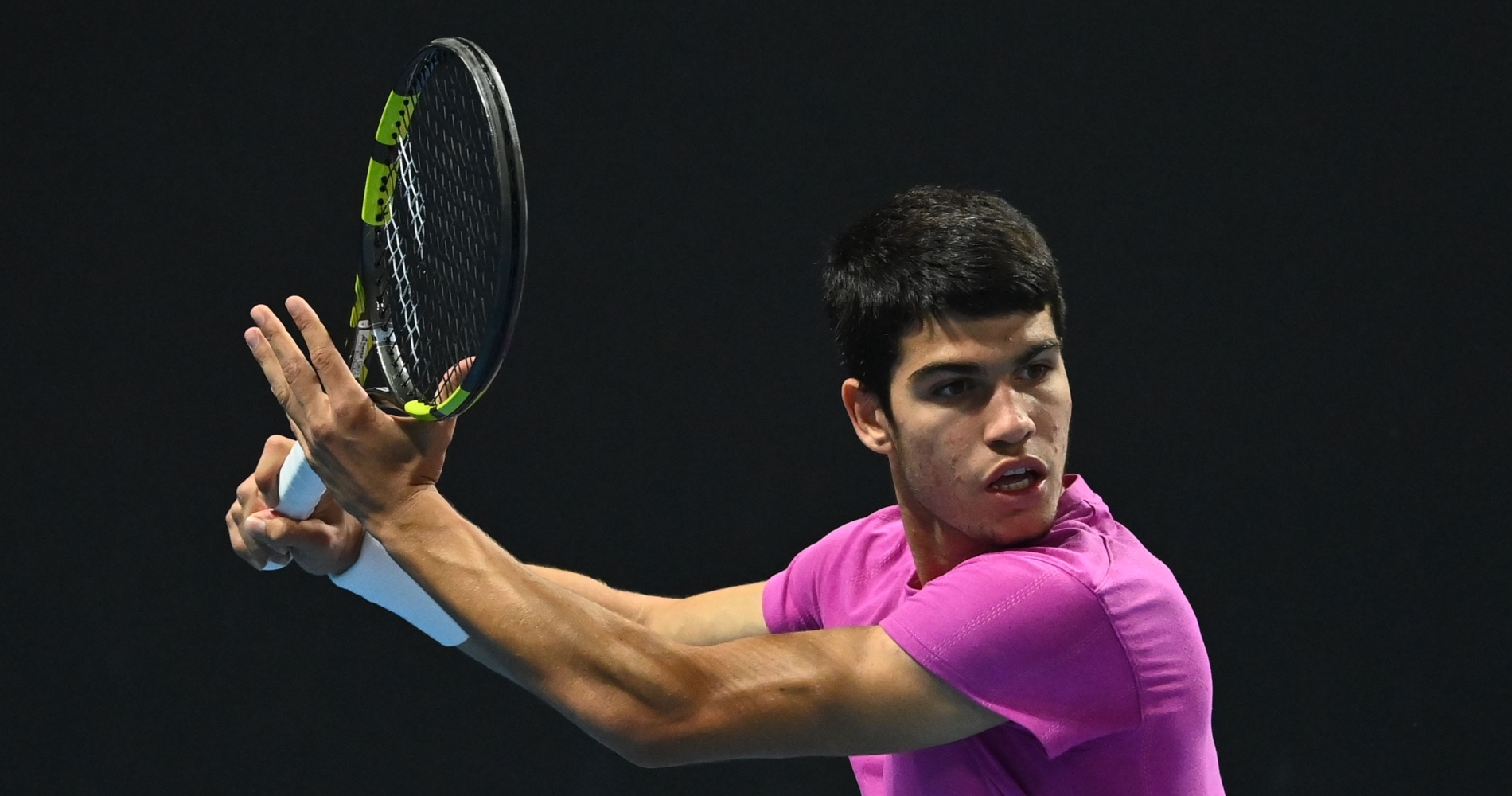 Carlos Alcaraz at the Australian Open in 2021 (Panoramic)

Rising star Carlos Alcaraz was unceremoniously dumped out of the Miami Open on Wednesday, losing in his first-round match to Emil Ruusuvuori.

“It was decided by very few points, it was a very small difference [between us] today,” Ruusuvuori said. “In the end, he had a chance in the third, we both had our chances. But I was able to come back and somehow get the win. But it was a very difficult match. He was playing very well, and I’m just happy to get through.”

The 21-year-old also had some nice things to say about his teenage opponent – who won three of the four Challenger finals he played after the resumption of the tour last autumn.

Also read: ‘Not living life like other 17-year-olds is a small price to pay’ – Exclusive interview with Alcaraz

“He’s very young and very talented. A very good player [that] I’m sure we’re going to hear about a lot,” Ruusuvuori said. “So much power already at that age, he can do some serious damage. But somehow today I got the win.”

Elsewhere, Australian youngster Alexei Popyrin secured his maiden win at the Miami Open, knocking out the oldest player in the draw Feliciano Lopez 6-4 7-6 (7-4).

Popyrin, 21, claimed his first ATP Tour title last month in Singapore and backed that up with a strong display against the 39-year-old former top 20 Spaniard.

Frances Tiafoe won in the final match of Wednesday, coming from behind to beat Stefano Travaglia 5-7 6-4 6-2.

Brit Cameron Norrie produced a heroic final-set fightback to claim his spot in the second round, where he will face Grigor Dimitrov.

Norrie trailed 5-1 in the third set against Yoshihito Nishioka, before winning 6-1 3-6 7-5, winning the last six games to clinch victory.

The 56th-ranked Brit sent down eight aces in the victory, although he got the edge on return and converted seven of his 10 break points.