After his convincing clay-court debut, Dominic Thiem talked to media about the importance of being 100 percent both mentally and physically. The Austrian star says he plans to play less, but with more conviction, in the future. 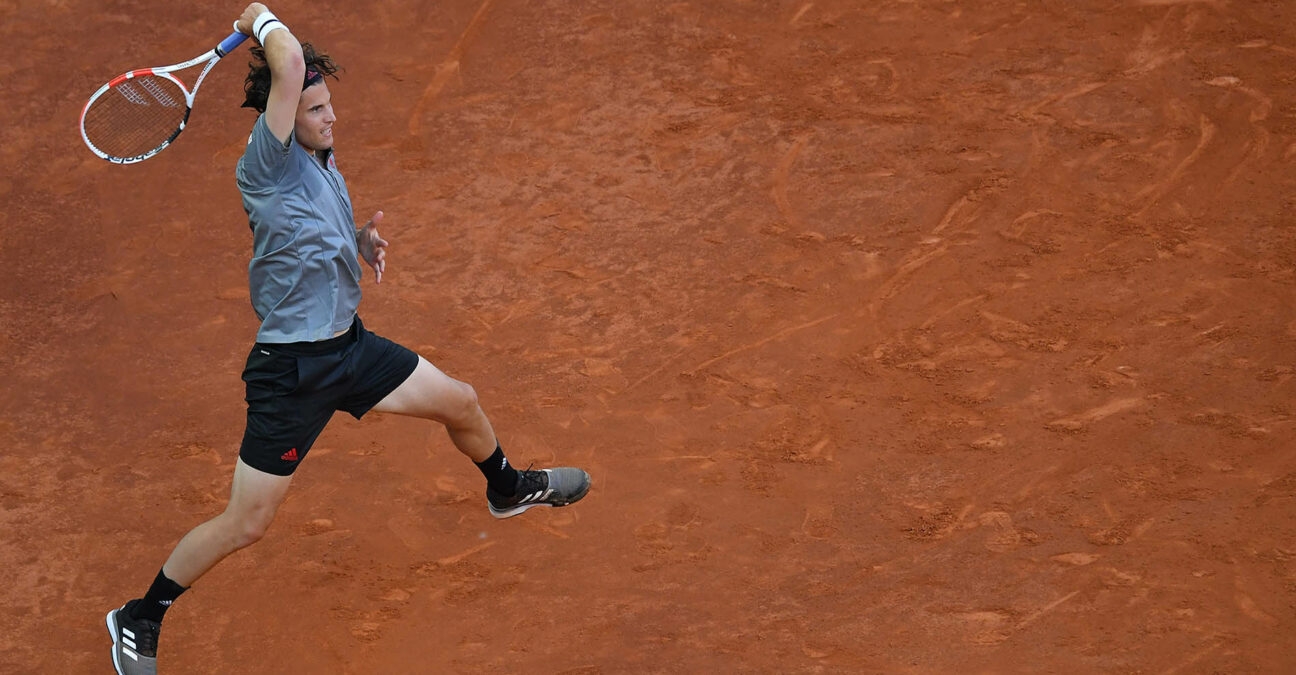 Now that he’s back on tour and feeling refreshed after a six-week hiatus, Dominic Thiem says he’s much more able to attack his tennis at full throttle. After his decisive 6-1, 6-3 thrashing of American Marcos Giron on Tuesday at the Magic Box, the world No 4 Austrian told reporters that he plans to only play events when he is “100 percent ready to compete” going forward.

I’m not that type of guy

It appears that Thiem’s desire to refresh his mind was more of a driver than the physical ailments he had suffered to his feet and his knee in recent months. But it could be that the physical difficulties, and the feeling of generally being worn down, were also playing a role in Thiem’s decision to let his mind wander away from the game for a spell.

Last month the Austrian, in an exclusive interview with Der Standard, told reporters that he felt fatigued emotionally after spending 15 years chasing his tennis dream.

“I spent 15 years chasing the big goal without looking left or right,” Thiem said. “As I said, I achieved it – under strange circumstances, but that’s not so important to me. In a way, some things have fallen by the wayside – the private life, dealing with other things, broadening the horizon. You have to do something for your head, for your brain. There was only tennis. I want to change that a bit.”

The Austrian, reflecting on the last six weeks, told reporters that he felt that he had lost his mental edge earlier this season, when he struggled at the Australian Open, Doha and Dubai. He lost three of four matches, his 2021 record slipping to an uncharacteristic 5-4 before he stepped away for a breather.

“I was just not able to put that on court like in Doha, Dubai, or towards the end of the Australian Open, so that’s why it was better to take a break. Better to come back when it’s possible again to play with that 100 percent in every aspect of my game.”

Thiem appears to believe that he has helped himself immensely by simply allowing himself to decompress. The 27-year-old had previously developed a reputation as a player that would travel to the ends of the earth to play a 250-level event simply because he was a beast of the competition and felt – perhaps even feared – that if he stepped off the treadmill for too long his game may suffer.

Thiem played 355 matches between 2015 and 2019, and he reached his career-best levels in many of those seasons. But he’s now ready to step back and choose his schedule more wisely.

“Tennis is, with some few other sports, the only sport which is 11 months in a row, basically. That’s really tough” he said, before adding the break caused by a pandemic was also a blessing in disguise for him. “Actually last year, as well, the six-months break, it felt so nice. It’s definitely something I [will] consider, as well, in the future to better take a little bit more off. I think it’s a good thing to do and especially when you get a little bit older. [At] 20, 21 of course you can play week after week. I also did that. But the older you get, the more experienced you get, I think it’s good to do a break sometimes. For me, it definitely helped.”

Ready to play from the first match

Asked if he found it easier to find his level quicker than in the past after time off, Thiem said he believes the more intensity he puts in, the better results he will get from his tennis.

“If I’m ready and ready to put high intensity and high energy, probably I don’t need that many matches to come back,” he said. “For sure I need many good practices, yes, against all the opponents or against all the players I can face in those tournaments, but I think I’m able to be ready after long break from the first match on.”

Thiem may have been experiencing a lot of different emotions over the last few months as he encountered difficulties, and finally hit a wall that even he couldn’t break through. But by no means does it mean that the Austrian lacks motivation. He may even have more than ever after his brief respite.

“There were times in March where I was really feeling bad in general,” he said. “Even then, I mean, I had in the back of my head the big goal of Roland-Garros. That’s still where my expectations are very high about. That’s where I want to be at the top of my game again.”

Paris my be in his sights, but for the moment, Thiem is still looking to fine-tune his game. He says he has no expectations in Madrid this week – he just wants to keep rising.

“Here in Madrid, honestly two weeks ago I was not sure if I’m playing here, so the expectations are still super low,” he said. “A win like today is already a big success, because I get a chance to play another match in a top level, so that will help me again for the next weeks. But, well, here the expectations are super low, and I’m gonna hopefully rise them from tournament to tournament.”