World number one Novak Djokovic was broken twice in the second set, but Taylor Fritz could not take the top seed the distance in Rome 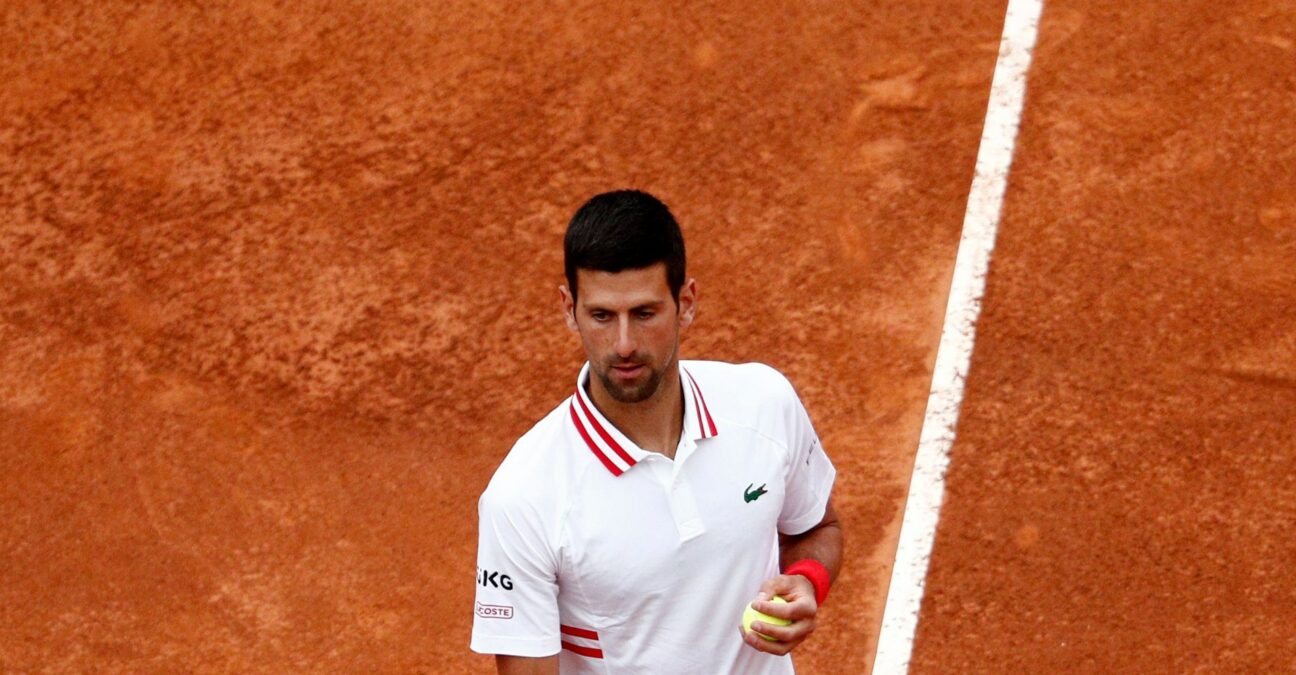 Novak Djokovic returned following a rain delay to beat Taylor Fritz in the second round of the Internazionali BNL d’Italia after Felix Auger-Aliassime dumped Diego Schwartzman out.

Djokovic, playing his first match since a shock loss to Aslan Karatsev in the semi-finals of the Serbia Open on home soil, dispatched American Fritz 6-3 7-6 (7-5) on Tuesday.

The world number one, who missed the Madrid Open, won the first three games of the match and saved both break points he faced in the opening set.

Fritz had broken for a second time in the second set to level at 5-5 when the rain came at the Foro Italico, but the top seed was able to come back out on court to finish off the job and will face Cameron Norrie or Alejandro Davidovich Fokina in the third round.

“It was a very strange match with strange conditions,” Djokovic told reporters after the match. “Obviously playing under the rain non-stop for almost two full sets, it is challenging for both me and him. I thought that I had an advantage there because the conditions were slower which allows me to return his serves, because he’s got really big serves. So I kind of kept the match under my control for most part of the two sets, then served for the match. Very sloppy service game. He played well, made a great passing shot to come back.”

Djokovic said he was stressed late in the second set, after he failed to serve the match out and the rains were getting heavier in Rome.

“I was stressed out in the end obviously, but I think it was the right call to stop the match,” he said. “When I came back, I thought we were quite even actually till the last point. I’m glad that I managed to finish off this match in straight sets. I know I can play better, and I’m going to work tomorrow trying to make sure I do that in two days.”

Auger-Aliassime secured the third victory over a top-10 opponent in his fledgling career, beating eighth seed Schwartzman 6-1 6-3 to move into round three.

The 20-year-old Canadian only needed 64 minutes to send the Argentine packing, converting five of the six break-point opportunities he earned.

Matteo Berrettini saw off Nikoloz Basilashvili 4-6 6-2 6-4 in the first round less than 48 hours after the Italian was beaten by Alexander Zverev in the Madrid Open final.

Gael Monfils was unable to win his first match since the Australian Open, as Lorenzo Sonego got the better of the fit-again Frenchman, who had been sidelined with a calf injury, 6-4 5-7 6-4.

Reilly Opelka moved into the last 16 with a 6-4 6-4 defeat of Lorenzo Musetti, while Pablo Carreno Busta’s withdrawal due to lower back pain handed Kei Nishikori a walkover.

Daniil Medvedev and David Goffin were unable to start their second-round matches due to the weather in Rome.