The world No 1 found himself down a break in the second and third sets, but found a way to come back and win over his younger rival and advance to the last four 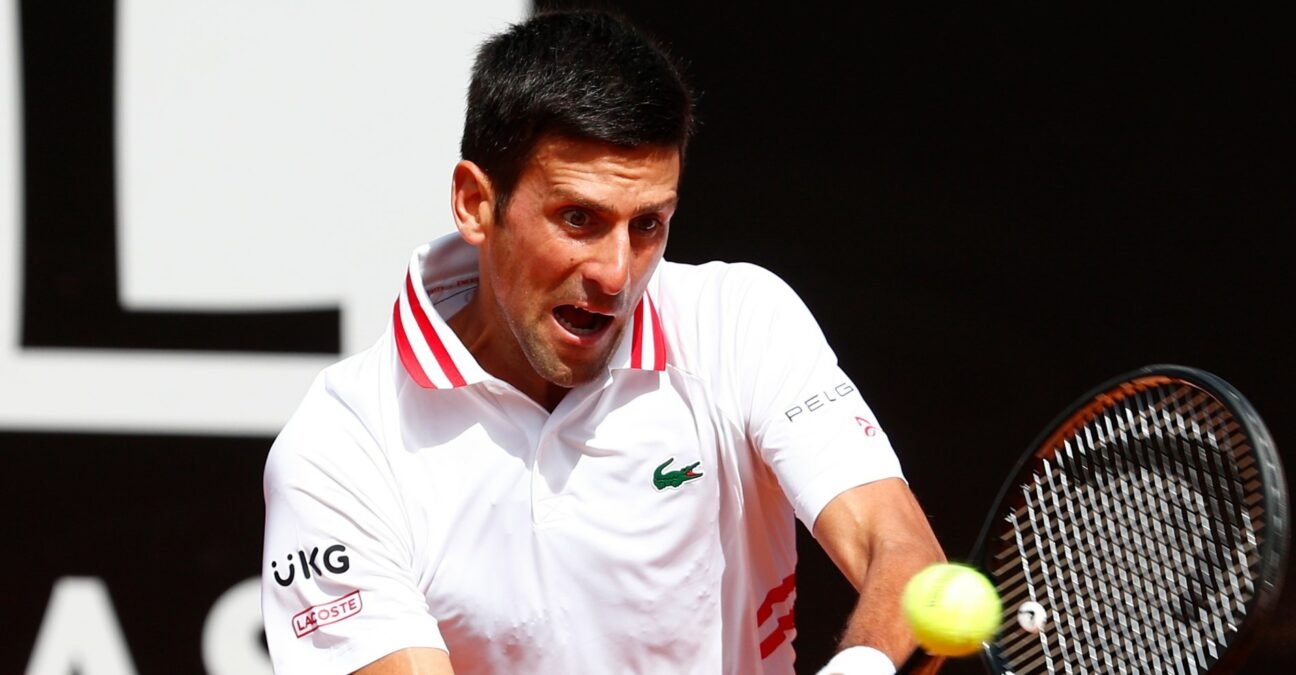 Novak Djokovic at Rome in 2021

World No 1 Novak Djokovic pulled off another incredible comeback at the Internazionali BNL d’Italia on Saturday, coming from a set down, and a break in the second and third set to defeat Monte-Carlo Masters champion Stefanos Tsitsipas in three hours and 16 minutes and advance to the semi-finals in Rome for the eighth year in a row.

The match began on Friday but was suspended after rain stopped play for the second time in the day with the Greek leading Djokovic 6-4, 2-1 with a break of serve.

The quarter-final between Tsitsipas and Djokovic resumes with the Greek up by a set and a break at 6-4 2-1.

Djokovic finds a way back to win

Tsitsipas appeared to be more solid as the match resumed on Saturday, holding his serve and going ahead to a 4-2 lead. But Djokovic broke back, and then scored another break at 6-5 to claim the second set.

No. Backing. Down! 💥@DjokerNole #IBI21 pic.twitter.com/gPoWDZda1j

In the decider, Tsitsipas once again took the lead, going up a break on two occasions and also serving for the match at 5-4. But the Serb provided to be unrelenting as he fought back each time and then scored another decisive break in the 12th game of the final set to complete the 4-6, 7-5, 7-5 win.

The win improves Djokovic’s record against Tsitsipas to 5-2, and the Serb has now won their last four matches in a row. The match was highly anticipated as it was billed between the clash between the ATP’s world No 1 and the Race to Turin No 1 and did not disappoint the fans.

Djokovic to face off against Sonego later today

Djokovic advances to the semi-finals where he will meet Lorenzo Sonego, later on Saturday. Sonego held his nerve to score a 3-6, 6-4, 6-3 win over the Russian Andrey Rublev in another quarter-final which only began on Saturday.

The Spaniard, who has had a mediocre clay-court campaign in 2021 by his standards, takes on big-serving American Reilly Opelka in the first semi-final on Saturday. Djokovic and Nadal have not played since the Roland-Garros 2020 final which the Spaniard won in straight sets.