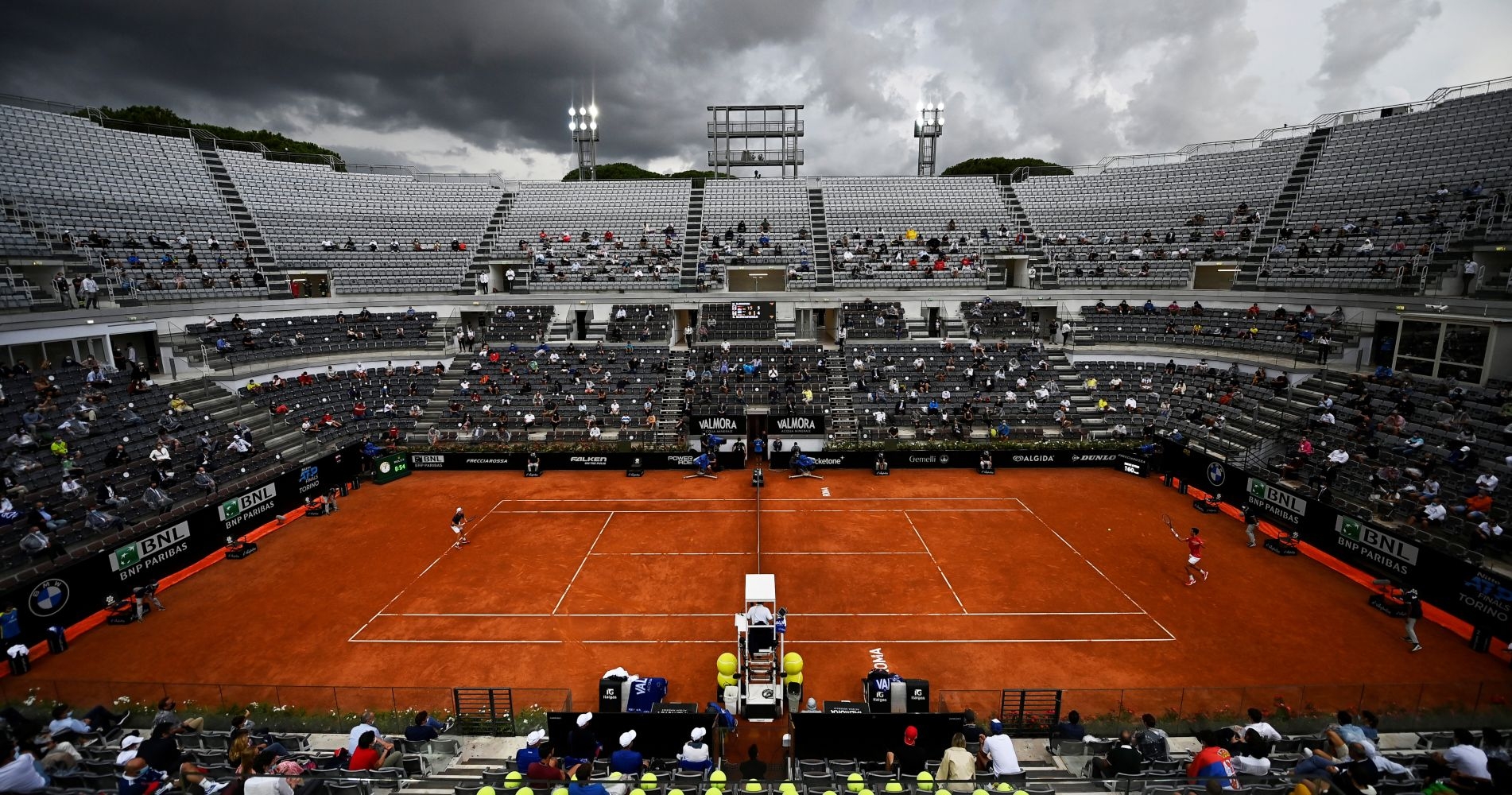 What are the dates of the 2021 Rome Masters?

Where will the Rome Masters be held?

The Internazionali BNL d’Italia, known as the Italian Open, is held on the courts of the Foro Italico sports complex. Located in the north of Rome, in the Della Vittoria district, the complex was built between 1928 and 1938, during the Fascist period, and hosted the 1960 Olympic Games. The tennis courts are right next to Rome’s Olympic Stadium.

On which surface is the Rome Masters played?

The Internazionali BNL d’Italia is played on outdoor clay courts. It is the third and last clay-court ATP Masters 1000 of the season, after those in Monte-Carlo and Madrid.

Which are the main courts of the Italian Open?

The three main courts are the “Centrale”, the “Grandstand”, and the “Pietrangeli”. The Centre Court has 10,500 seats. The Grandstand has a capacity of 5,000 seats. The Pietrangeli court has 3,720 seats and is famous for being surrounded by statues. Up to 6,000 people can be hosted on the 12 secondary courts. None of the courts is covered. However, the Centre Court is equipped with floodlights, allowing night sessions to be scheduled.

Who are the Rome Masters defending champions?

Due to the coronavirus pandemic, the tournament was postponed from its original slot in May to September in 2020. World No 1 Novak Djokovic defeated Diego Schwartzman 7-5, 6-3 to win the men’s singles title – the 81st of his career.

Who has won the Rome Masters most number of times?

Who were the previous winners of the Rome Masters?

Over the last 10 years, the winners in the men’s singles have been:

In the women’s singles, the winners over the past decade have been:

How many ranking points can players win at the Italian Open?

For the women, WTA points for the WTA 1000 in Rome are awarded as follows:

Will the tournament be played behind closed doors?

How to get tickets for the Rome Masters?

Tickets for the Italian Open are available on the tournament website.

What is the draw size of the tournament?

The dates for the draw ceremony will be announced closer to the start date.

How to watch the Rome Masters on TV?

As per the WTA Tour website, WTA events are broadcast on the Tennis Channel in the United States, and beIN network in France (awaiting confirmation from the organizers whether this applies to the Rome Masters as well)