Rafael Nadal prefers not to look ahead to Roland-Garros while there is still work to be done in Rome, but after he claimed his 10th title at the Foro Italico, he hinted that he’s peaking at the right time. 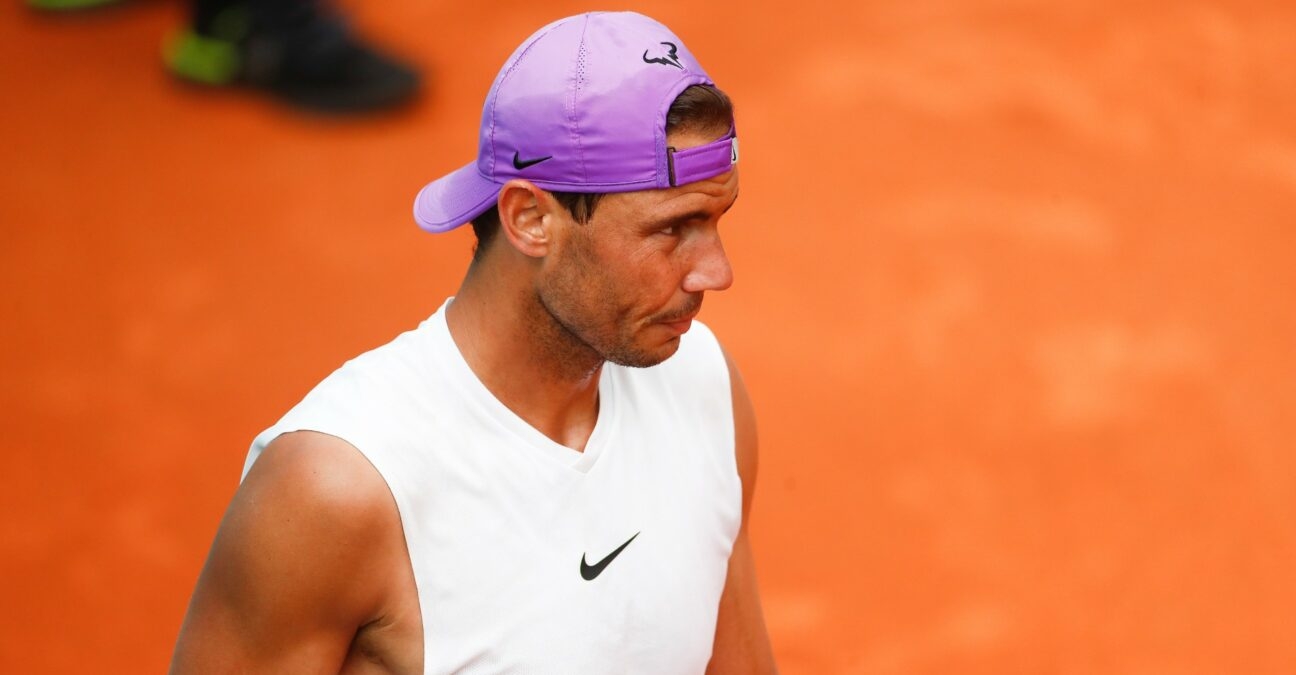 Rafael Nadal of Spain in action during his practice session for the ATP Masters 1000 – Mutua Madrid Open 2021 at La Caja Magica on May 3, 2021 in Madrid, Spain.

Rafael Nadal has claimed his tenth Rome title, to go with 13 at Roland-Garros, 12 at Barcelona and 11 at Monte-Carlo. For the King of Clay, this historic title at Rome doesn’t just represent the perfect number, it also signifies the perfect moment of the season to record another historic achievement in his brilliant clay-court career.

With Roland-Garros just around the bend, Nadal seemed to savour the importance of his latest mind-blowing achievement on two different levels. First, in the moment, as he always does. Second, as a sign: that he is right on schedule with his Paris prep.

“After achieving 10 in Roland Garros, 10 in Monte-Carlo, 10 in Barcelona, I really wanted this one, no?” Nadal told reporters after his 7-5, 1-6, 6-3 victory over Novak Djokovic in Sunday’s final. “Yeah, super important tournament for me. I went through a lot of things during the week. Some positive, some great moments, some lucky moments, suffering moments. At the end I think I played a very solid week of tennis, no?”

Nadal told reporters on Saturday, after his semi-final victory over Reilly Opelka, that he felt his work was done and that he had taken the steps necessary to raise his game to an acceptable level heading into Roland-Garros. But today’s victory over Djokovic adds another layer of confidence that he will surely tap into once main draw play begins in Paris in two weeks’ time.

I think I have been playing better and better with my forehand the last couple of weeks. A huge improvement for me, very important shot.

The Forehand is Firing

Nadal improved to 28-29 against Djokovic lifetime, and 19-7 against his biggest rival on clay, but the numbers don’t matter compared to the sensations. First and foremost, Nadal’s forehand has regained its legendary snarl. This is one of the many key improvements that the Spaniard has made over the course of the clay-court season.

He spoke about it on Sunday after the final:

“I think I have been playing better and better with my forehand the last couple of weeks, getting to the confidence point,” Nadal said. “Yes, today has been a positive day. I think for moments I could change more times down the line than what I did, something that I can’t keep doing and I can keep improving. But the positive thing is the winner and the solution with my forehand have been much better than the last couple of weeks, no? So that’s a huge improvement for me, very important shot. Especially on clay it’s give me confidence.”

Nadal was asked if there is extra pressure on him to perform when he is chasing history at every turn. The 34-year-old told reporters that it doesn’t factor into his mindset. He says pressure is a part of his job, and he’s quite comfortable with it.

“How to handle the pressure, I know it,” he said. “I have been going, have been around for almost 18 years on the tour, so, yeah, always the pressure is there but I have experience on that, no?”