The St Petersburg Open final will see Andrey Rublev face Borna Coric, who is through to the showpiece for the second successive year. 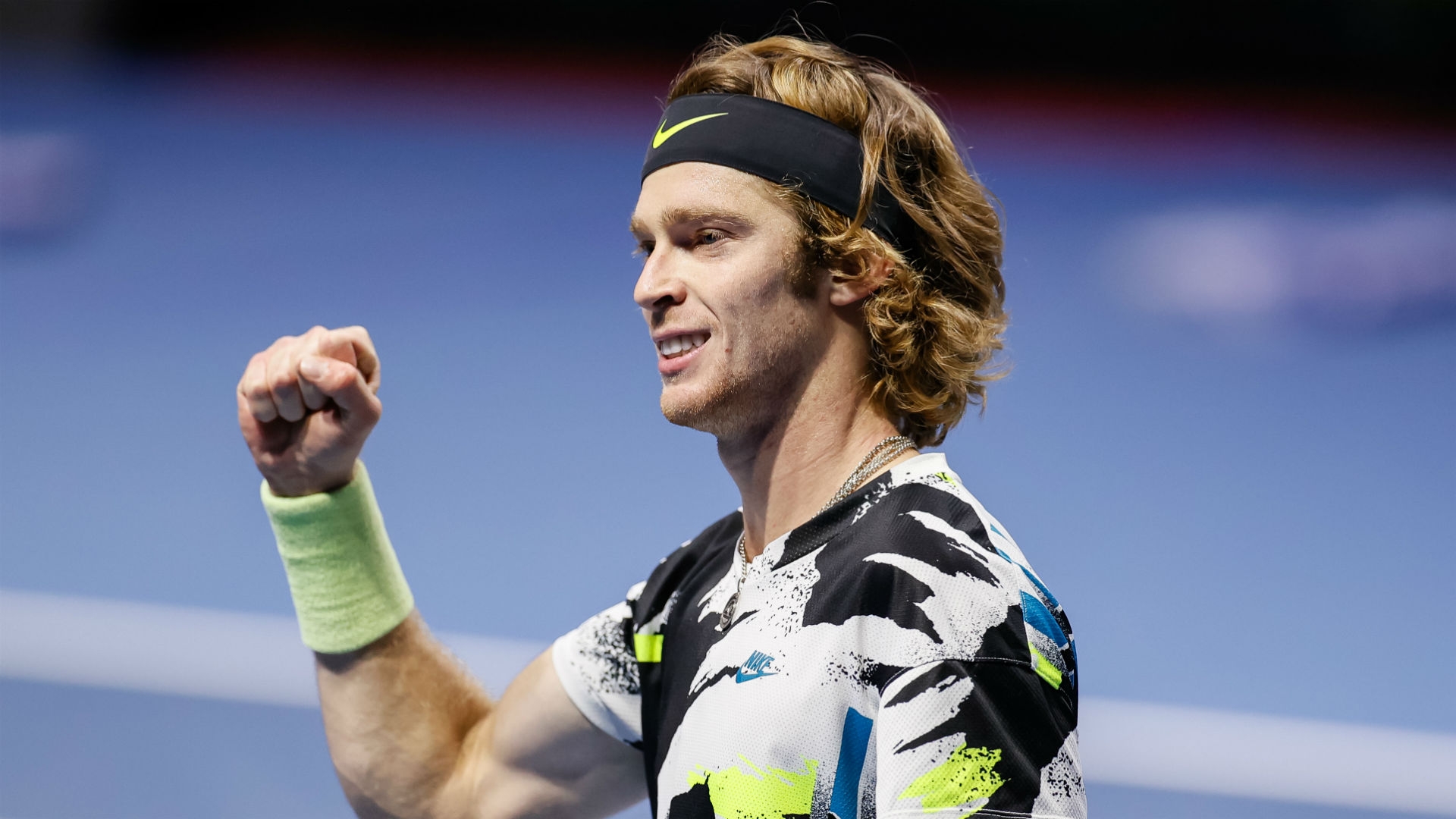 Andrey Rublev boosted his hopes of reaching the ATP Finals as he came from behind to defeat Denis Shapovalov, setting up a St Petersburg Open final with Borna Coric.

Rublev trailed Shapovalov by a set but fought back to prevail 4-6 6-3 6-4 and ensure there will be a home hope in the final.

He saved five of six break points in the process of earning victory over the Canadian, the win moving Rublev ahead of Diego Schwartzman into eighth place in the battle to qualify for the season-ending tournament in London.

His opponent will be 2019 finalist Coric, who will be looking to go one better than last year after he staged a turnaround of his own.

Coric, beaten by Daniil Medvedev in his previous appearance in the final, saw off Milos Raonic 1-6 6-1 6-4.

What a player. What a performance. @AndreyRublev97 reaches the 8th #ATPTour final of his career, defeating Shapovalov 4-6 6-3 6-4 at the @Formula_TX!  pic.twitter.com/UHCnC8WagC

Cologne final will be a blockbuster

Alexander Zverev progressed to his second final since the resumption of the ATP Tour at the Cologne Indoors.

Zverev overcame Alejandro Davidovich Fokina 7-5 7-6 (7-3) but was full of praise for the NextGen ATP Finals contender.

“He played much better tennis and I think he’s somebody who is going to go up the [FedEx ATP] Rankings very quickly,” Zverev said.

“For me he’s a great guy as well. He’s very talented, extremely good with the hands. I think he’s somebody who’s going to find his way up and it’s going to be interesting to see what the future weeks [hold for him] this year and next year as well.”

The German will meet Felix Auger-Aliassime, who recorded a 6-3 1-6 6-3 triumph over Roberto Bautista Agut.

At the Sardegna Open, Marco Cecchinato routed Danilo Petrovic 6-1 6-0 and will face Laslo Djere in the final after Lorenzo Musetti retired in the third set with a right elbow injury. Djere was leading 2-6 6-2 4-1.