It will be Novak Djokovic vs. Denis Shapovalov in the Wimbledon semi-finals after they advanced with much different kinds of wins on Wednesday. Djokovic eased past Marton Fucsovics in straight sets before Shapovalov overcame Karen Khachanov in five. 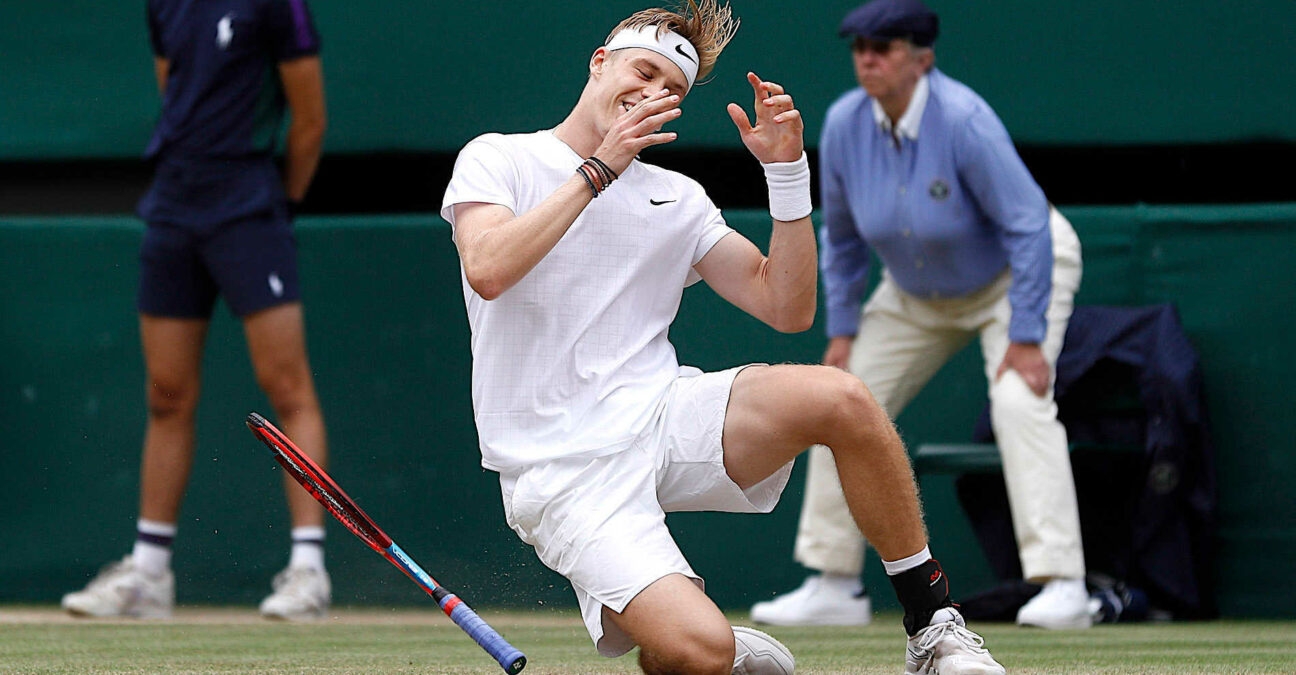 Denis Shapovalov is through to the semi-finals of a Grand Slam for the first time in his career after battling past Karen Khachanov at Wimbledon on Wednesday afternoon. Shapovalov triumphed after three hours and 26 minutes to book his spot alongside Novak Djokovic in the final four.

After Shapovalov and Khachanov split the first four sets, a dramatic fifth ensued. It wasn’t exactly the roller-coaster ride that was the Russian’s previous match, which witnessed an absurd 13 service breaks in the fifth set alone before he outlasted Sebastian Korda 10-8. But there were plenty of tense moments. Khachanov dug out of a 0-40 hole to hold for 3-2 and he almost came up with another impressive hold at 5-5. The world No 29 fought off three break points but missed a game point of his own and eventually got broken.

That proved to be the decisive moment, as Shapovalov took care of his ensuing service game in convincing fashion to clinch victory.

“There were so many times during the match where I thought Karen was just playing too good and would roll away with it,” Shapovalov admitted in his on-court interview. “You guys kept me going; you guys kept me fighting. Thank you so much. It was super tough, especially after that 0-40 game in the fifth set. Then [at 4-4] was the craziest game of my life. To get through it was massive…. It was also a great week from Karen. We both really deserved it today.”

Djokovic somehow dropped his first set of the fortnight to British wild card Jack Draper, but since then he has reeled off 15 sets in a row. The world No. 1 continued his dominance with a 6-3, 6-4, 6-4 rout of Marton Fucsovics during quarter-final action on Wednesday. Djokovic’s only hiccup came when he lost three straight games from 5-0 up in the first set, but he coasted the rest of the way and finished the job in two hours and 17 minutes.

The top-seeded Serb saved five of six break points; the match could have been even more straightforward, but he converted just four of 14 chances of his own. He served at 66 percent and won 82 percent of his first-serve points, although winning a mere 44 percent of his second-serve points was rather alarming.

“I think it was a solid performance,” Djokovic assessed. “I started off extremely well; not too many things wrong in my game in the first six games of the match. One break was enough in the second and third sets.”

The 34-year-old picked up his 100th career victory on grass and — more importantly — is now the first man to reach 10 Grand Slam semi-finals on hard courts, clay, and grass. His sights are also set on the calendar-year slam, as he won both the Australian Open and French Open and is now two victories away from a sixth Wimbledon triumph.

“I’m aware of certain stats,” Djokovic commented. “I love this sport with all my heart and body and soul. Sometimes things do look surreal for me, but I try to live in the moment. Going for history is a huge inspiration for me. Let’s keep it going.”

Djokovic will try to keep it going when he faces Shapovalov on Friday. The 19-time major champion is sweeping the head-to-head series 6-0, but the 22-year-old isn’t going to let that stop him from fighting.

“Obviously he’s the best player in the world, but I think anything is possible,” Shapovalov said. “When you look at the scoreboard the first thing on Friday, it’s going to be 0-0. So that’s it. It’s a tennis match; it could go either way.”