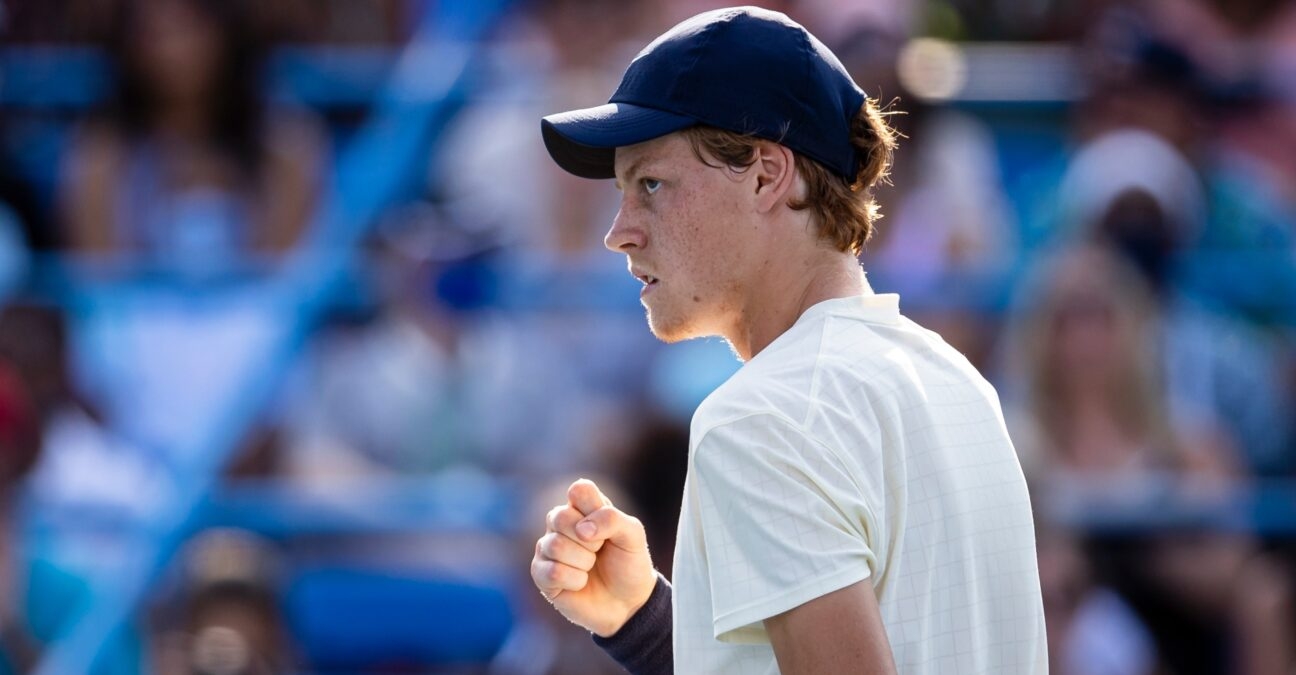 Aug 8, 2021; Washington, DC, USA; Jannik Sinner of Italy celebrates after a play against Mackenzie McDonald of the United States (not pictured) during the singles final match at Citi Open at Rock Creek Park Tennis Center (Panoramic)

20-year-old Sinner made his debut at the tournament two years ago, when he reached the semi-finals before losing to Stan Wawrinka. He returns as the No 1 seed, and showed why, knocking out his slightly younger compatriot in one hour and 34 minutes.

“It’s never easy playing against him!” admitted Sinner afterwards. “Usually we never practise together so it was a new match…he’s an incredible player, very very young, a great talent. I hope we will have a couple more matches on the pro tour.

“In these last two years, some things have changed, obviously, but in other ways I still have a lot to improve. I’m happy to be in the position I am right now. I still have a couple of tournaments to play and hopefully I can play great tennis.”

In the day’s other round of 16 matches, France’s Arthur Rinderknech sprang a surprise on eighth seed Dusan Lajovic, winning 6-3, 4-6, 6-2, and Jenson Brooksby continued his trouble-free week with a 6-2, 6-0 win over Botic van de Zandschulp.