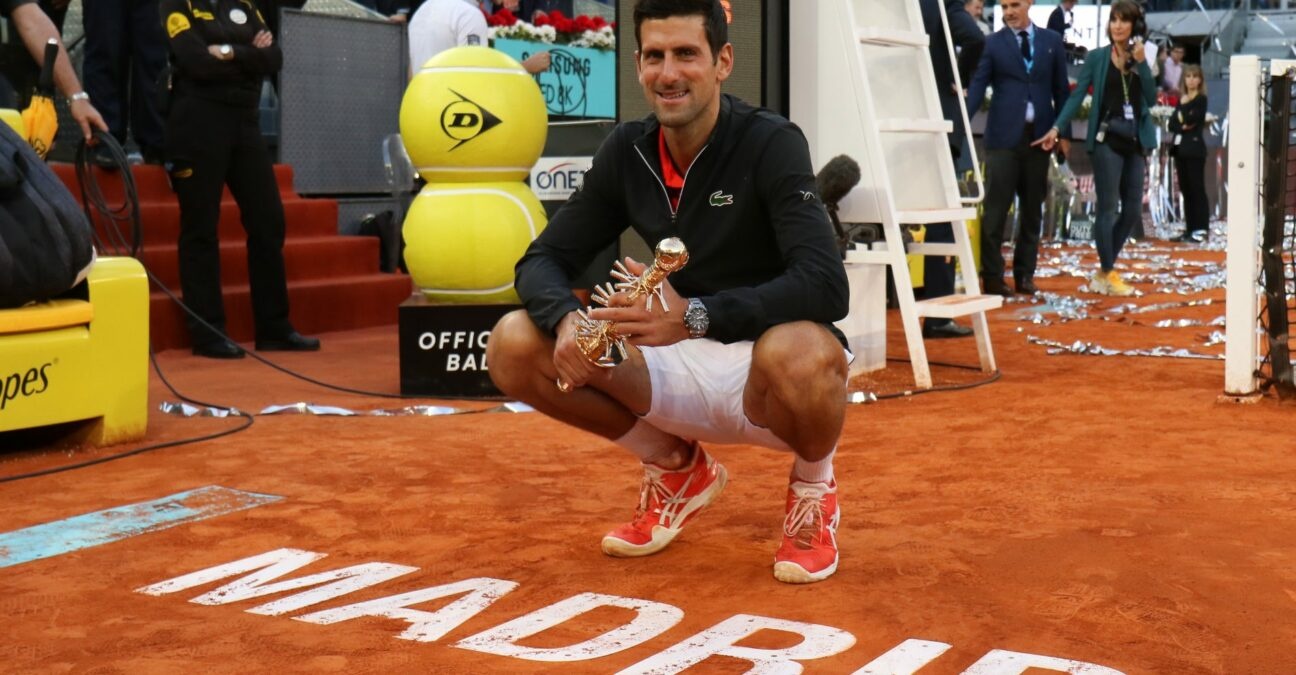 World No 1 Novak Djokovic has pulled out of the Mutua Madrid Open, tournament organisers announced today. The Madrid Open, a combined men’s and women’s event, is one of the nine Masters 1000 series events on the ATP Tour. The women’s event begins on Thursday while the men’s event kicks off on Sunday 2 May.

Novak Djokovic will not be playing in the Mutua Madrid Open.

“Sorry that I won’t be able to travel to Madrid this year and meet all my fans”, said @DjokerNole. “It’s been two years already, quite a long time. Hope to see you all next year!”.

The report of Djokovic pulling out had first come from the Spanish sports daily MARCA on Tuesday. Djokovic, a three-time Madrid champion, is the second big name to pull out of the men’s Madrid event after Roger Federer. Serena Williams is also not playing in the women’s event.

Djokovic has played two tournaments on clay this year after winning his 18th Grand Slam singles title at the Australian Open in February. The Serb was defeated in the third round of the Monte-Carlo Masters by Dan Evans in straight sets.

Last week, Djokovic was defeated in the semi-finals of his home event – the Serbia Open in Belgrade – by Aslan Karatsev in three sets.

Following the loss, the Serb acknowledged that he needed to work on his game if he wants to win at Roland-Garros.

“Roland-Garros is the main goal but I need to play better if I’m thinking about doing something there. I have a lot of work ahead of me,” he said after his loss.

Djokovic entered to play Rome and Belgrade before Roland-Garros

Djokovic is entered to play the Rome Masters, which begins on May 9, and the ATP 250 event in Belgrade the week prior to Roland-Garros, scheduled to begin on 31 May.

Djokovic won the Mutua Madrid Open the last time it was held in 2019. If he does not defend his title, he will lose 500 of the 1,000 points he gained for winning the 2019 title due to the adjusted ranking system.

“You never like losing at home that’s for sure. It’s painful it’s disappointing.”@DjokerNole speaks on his semifinal loss against Karatsev.#SerbiaOpen2021 pic.twitter.com/aAFSruRA9j