The ultimate tennis dream in 2021? Defeat Rafa in Paris

A new season begins with the biggest dreams. Dominic Thiem and Stefanos Tsitsipas have their sights set on the tallest task in all of tennis. 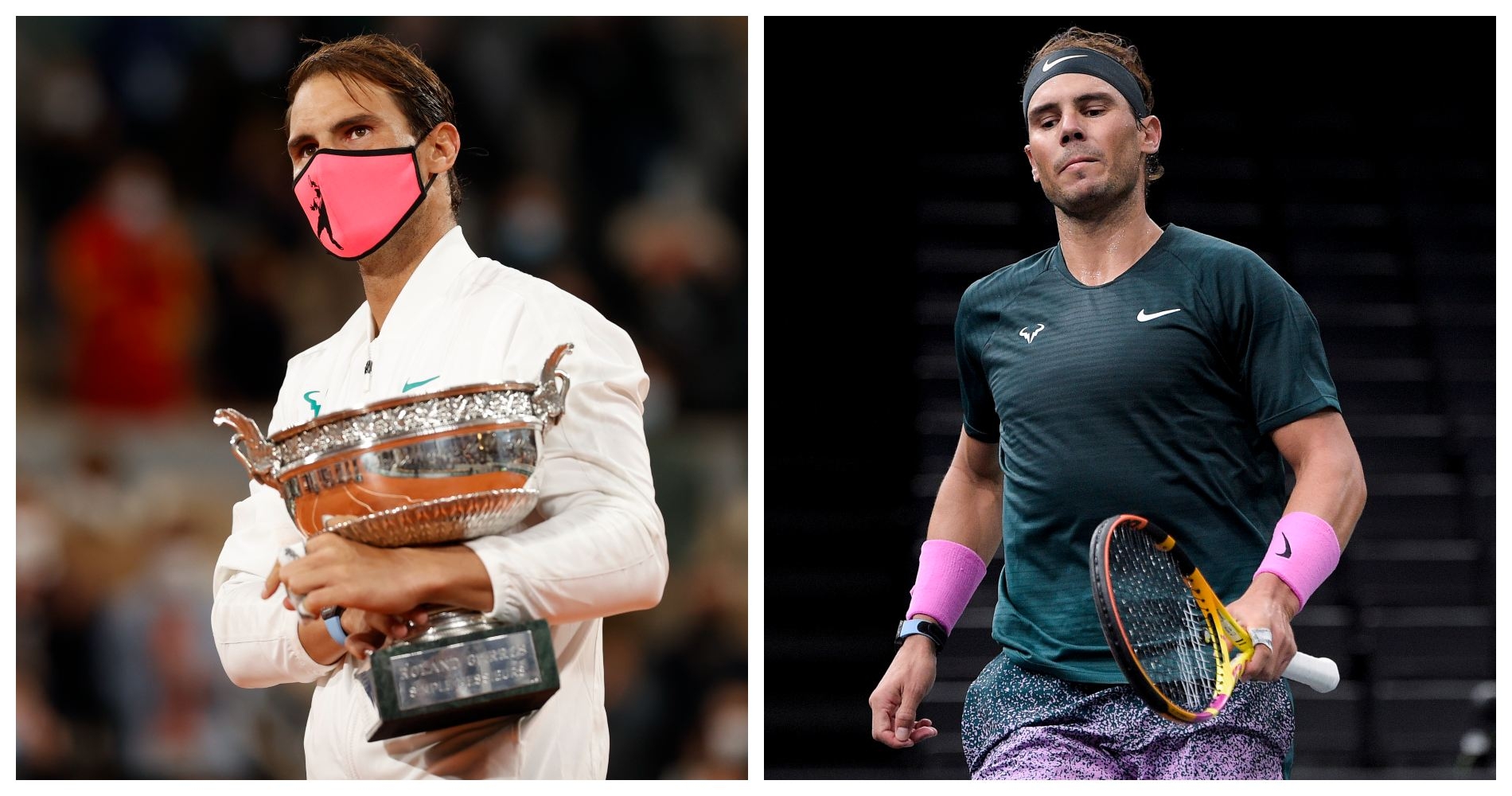 Only two men have managed the task since King of Clay Rafael Nadal first began his annual slaying of all comers at Roland-Garros in 2005, but two players are already dreaming about accomplishing the most difficult task in tennis later this season: defeating Nadal in Paris.

Last week Dominic Thiem proclaimed that winning Roland-Garros remains his biggest goal for the future, and the Austrian knows that if he plans to achieve it in 2021 he’ll have to find a way to do the unthinkable on the terre battue: quell the demons in his brain and defeat the swashbuckling Spaniard on the sport’s most fabled clay court.

“My biggest goal is the French Open,” Thiem told reporters last week while quarantining in Adelaide. “It’s always been the case these past few years. Because it remains the tournament I like the most, where the conditions suit me best. I played the final in 2011 as a junior. From that moment, It became the tournament I always wanted to win.”

Thiem matches up with Nadal pretty well these days, as is evidenced by his 6-9 lifetime record against the Spaniard. But at Roland-Garros all bets are off. The Austrian has tasted bitter defeat at the hands of Nadal all four times they have crossed paths, including the finals in 2018 and 2019.

Thiem doesn’t seem convinced that he can find a way if he does run into Nadal in Paris later this year.

“He’s in a class of his own, and I don’t know if I trust myself to do it,” Thiem said. “I’ve never managed to beat him there. At other tournaments, I’m confident, because I’ve already done it, but beating him on [Court Philippe Chatrier] is probably one of the hardest challenges in sport.

“Only two players have managed to defeat him in 16 years, which is an insane statistic. I think that he’ll still be the undisputed favourite and the strongest player in Paris for another year or two. But still, it’s my big goal and I’ll try again in 2021.”

Stefanos Tsitsipas also has the dream

Speaking with Roland-Garros.com this week, Greece’s Stefanos Tsitsipas said that defeating Nadal on the red clay in Paris would be his biggest dream come true in 2021. Tsitsipas owns one victory in seven tries against Nadal, with that win coming on clay in Madrid in 2019.

“A really good goal would be to maybe beat Rafa, on clay or at Roland-Garros,” said Tsitsipas. “That would be a really nice goal. I think everyone would love that, especially me. I’ve played him a lot of times. I have a negative record against him, but every single time I go out I just really want to beat him, I always want to give my best against him.”

But how to loosen this indomitable legend’s grip on the crown he simply refuses to let go? Nadal hit the century mark in 2020 at Roland-Garros, improving his record there to 100-2. He claimed the Coupe des Mousquetaires for the 13th time, and won the title without dropping a single set for a record fourth time.

Nadal gets older every year, but age clearly has nothing to do with his dominance at Roland-Garros.

Novak Djokovic, one of the two players to defeat the Spaniard in Paris, was hoping to make it two victories against his rival in the final last year, but he was beaten decisively to drop to 1-7 lifetime against Nadal at Roland-Garros. Afterwards, he spoke of the ridiculous nature of Nadal’s hold over the place.

“I admire all his achievements, I mean, especially the one here,” Djokovic said. “It’s stunning score and results and records that he’s got on this court. I mean, he lost two times in his entire career. Winning 13 times, yeah, there’s not much you can say. All the superlatives you can use, he deserves them.”

Thiem and Tsitsipas know what they’re up against, but they also know that time is on their side. Thiem is 27 and Tsitsipas is 22. Meanwhile, Nadal will turn 35 in Paris this year.

Who knows, maybe this could be the year that the tide turns. But it will not be easy: Nadal will not be going down without a fight.

“He’s such a difficult player to play against,” Tsitsipas said. “Very difficult, very consistent. Incredible fighting spirit – I consider myself a fighter but he’s completely at next-level, incomparable.”