Zverev not dwelling on slam breakthrough as final awaits

Alexander Zverev said he won’t waste time thinking about how big an opportunity he has to win his first Grand Slam title at the US Open on Sunday. 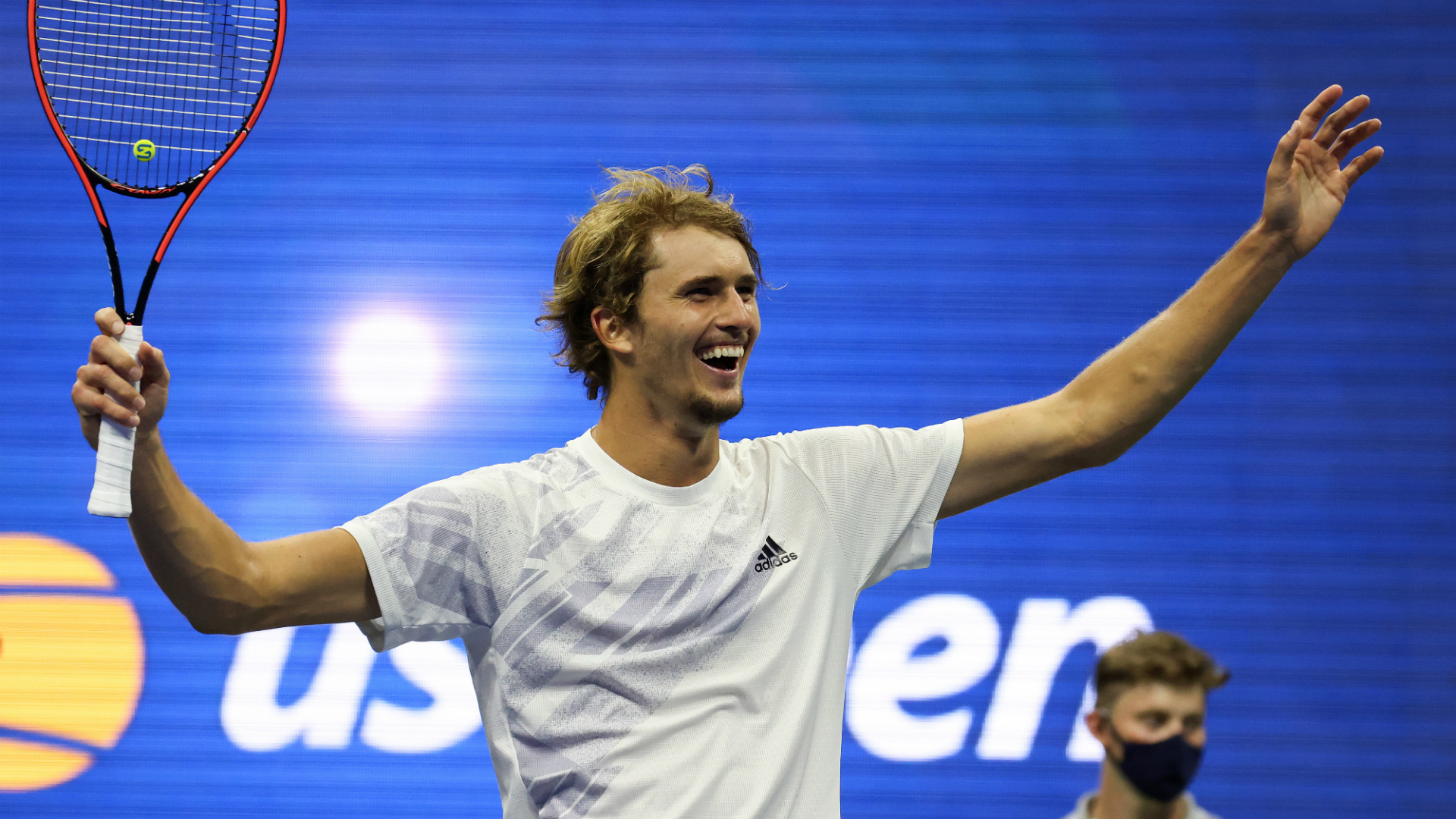 German star Alexander Zverev insists he has unfinished business after reaching his first Grand Slam final in stunning fashion at the US Open.

After erasing a two-set deficit for the first time in his career, fifth seed Zverev – at 23 the youngest major finalist since Novak Djokovic in 2010 – is now looking to become the first German slam champion since Boris Becker in 1996.

An Australian Open semi-finalist earlier this year, Zverev is also the first German man through to the US Open final since 1994 following three hours, 22 minutes on court in the semis in New York.

But Zverev is refusing to dwell on his major breakthrough as he awaits Dominic Thiem in the decider, telling reporters: “I still need to achieve. Sunday is going to be extremely difficult…But I’m looking forward to it. Yeah, I’m in the final of a Grand Slam. The two best players in the world are going to be playing on court.”

All the feels after the biggest win of his career @AlexZverev is through to his first #USOpen final! pic.twitter.com/kiZvOxaME6

One more step to go

“It’s great,” Zverev said. “Obviously happy to be in a final. But as I said in the previous question, there’s still one more step to go. For me, I think it’s going to be extremely difficult. Both of those guys deserve to be in the final. That’s it. Dominic, we played an epic in Australia…it’s going to be a new grand slam champion, but it’s going to be also a very difficult match I think.”

Zverev was on the brink of an exit after a slow start against Carreno Busta, but he battled hard to get past the Spanish 20th seed on Arthur Ashe Stadium.

The 23-year-old Zverev became the first player to win a grand slam semi-final from two sets down since Djokovic in 2011.

“I looked at the scoreboard after two sets,” he said. “I thought to myself, Look, I’m playing a grand slam semi-final, I’m down 6-3, 6-2 in a match where on paper I’m supposed to be the favourite. “I needed to play better, start something new. I thought, Okay, I’m going to go set by set, we’ll see how far I can get. It turned out well in the end. Obviously it was very close. Pablo deserved to be in the final just as much as I did. Yeah, a few points here or there on either side of the match.”