Roger Federer and Rafael Nadal get more crowd support than Novak Djokovic and the Serbian discussed why with Stan Wawrinka. 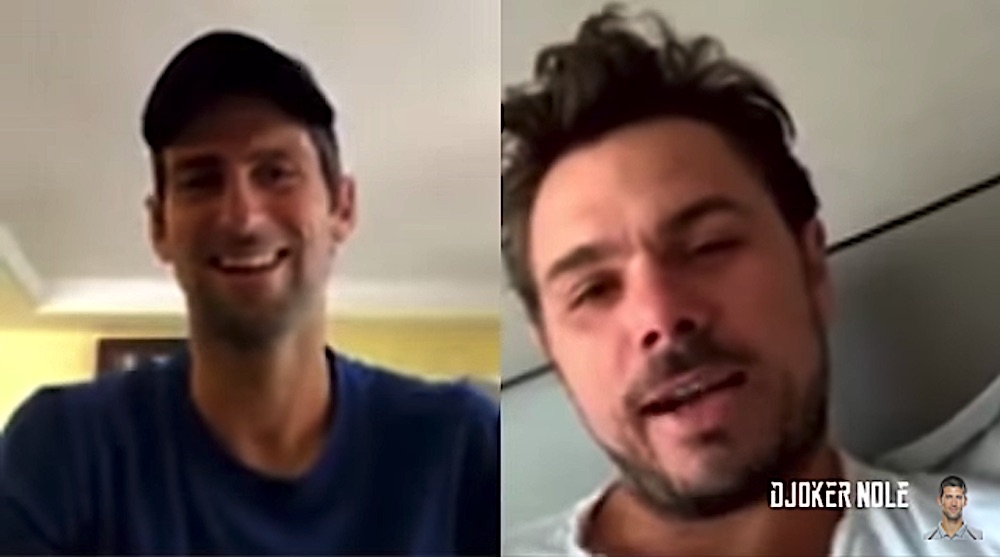 Novak Djokovic and Stan Wawrinka during a live Instagram session on April, 18th

Novak Djokovic insisted he did not expect to have the crowd on his side when playing Roger Federer or Rafael Nadal.

A 17-time grand slam champion, Djokovic is still behind Federer (20) and Nadal (19) on the all-time list for majors won by men, while the Serbian still struggles for support compared to the Swiss and Spaniard.

In an Instagram Live with Stan Wawrinka on Saturday, Djokovic discussed why that was the case, accepting he would often find himself on the wrong side of the support against the duo.

“I think it’s more just the greatness of @rogerfederer & @RafaelNadal, not them just as tennis players but them as people.”@stanwawrinka asked @DjokerNole about crowd support. This was his response 👇 #tennisathome pic.twitter.com/leOUHUzDTt

“For sure one thing is that Roger is arguably the greatest player of all-time,” he said.

“He’s the guy that is liked around the world so I don’t expect, to be honest, in most of the cases, as long as he’s playing, the crowd to be majority on my side. Some places, maybe, but most of the places are going to support Roger and I’m okay with that because it’s Roger.

“It’s very similar situation with Rafa so it’s hard for me to answer to that question. Why is it like that? Am I contributing to that in a negative way that I’m taking away the crowd support for me? I don’t think so.

“I think it’s more just the greatness of Roger Federer and Rafael Nadal and not just them as tennis players, but them as people, as very charismatic, nice guys, humble guys, great champions that have made a huge mark in our sport and I am part of their era, so in one way I am lucky and in another way maybe not so much.”

Djokovic asked Wawrinka – a three-time Grand Slam champion – for his opinion on the matter.

The Swiss felt tennis needed something closer to a villain, a role the 32-year-old Djokovic assumed.

“I think it’s a bit of for sure what you said that they are amazing champions like you are,” Wawrinka said.

“I think in your young age you were a bit different of course like we all are and they took this spot already of the nice player, humble, always fair play and all. In a movie you cannot have three good guys, you need someone who’s a bit against, you know what I mean? I’m saying that with a lot of respect.

“When you were all three younger, that’s the direction that everybody took a little bit and now it affects a little bit right now.”