Zverev still stuck in the tunnel

The German’s first tournament of the year has been horrific so we’re all back to the “what’s wrong with Sascha” question. 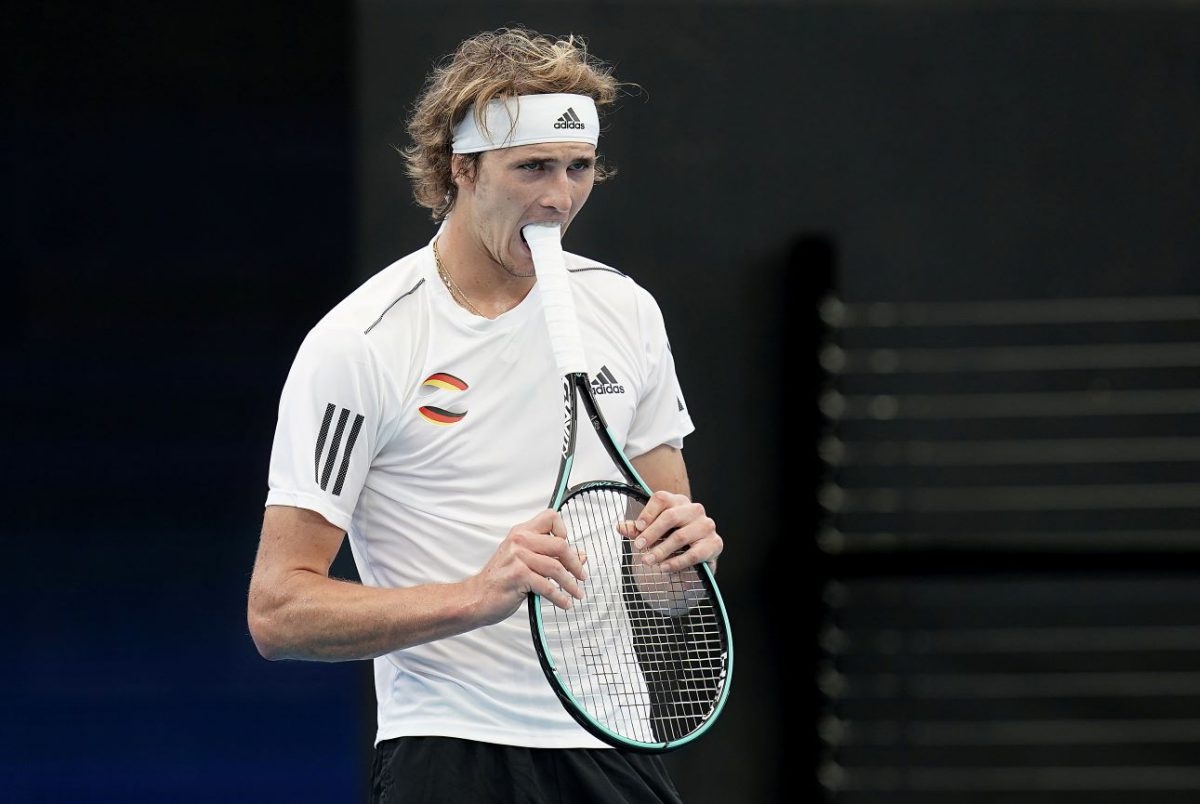 He looked like he was about to see the light at the end of the tunnel at the end of 2019, but Alexander Zverev has made half the way back during his start of 2020. Not only didn’t he win a single match in the ATP Cup, but the level he displayed was nowhere near his actual ranking of 7 in the world.

Worst, if possible, was that it was written all over his sad face, his terrible body language, and his outbursts that he had no idea how to fix this mess. One more time since now a bit more than a year, his ambitions and natural confidence were sunk by his serve: the first one unable to hit aces nor right spots, the second one always on the verge of the double fault. Off rhythm, off everything.

No serve, no gain

There’s not a shot more “in the brain” than the serve: its struggles can defy all logic and all talent, and it can drive nuts any perfect technique. It’s a confidence shot, and when it goes awry, it can take dramatic proportions. It was enough to hear Zverev yelling of distress in Russian at his dad during his loss against Stefanos Tsitsipas (6-1, 6-4), or looking close to tears while getting schooled by Denis Shapovalov (6-2, 6-2) to understand the depth of the struggle. Zverev has no idea what to do anymore, and as the panic sets in, so is his bad temper which is, of course, making it all worse.

“My serving isn’t back yet. Simple as that. I’m not feeling my serve, that’s no secret. I mean, I’m doing double faults. I’m serving 120 kilometers an hour, that’s not really going to cut it. I just need to get it back somehow. It’s just practicing and maybe going on the court and doing a little bit more of that. I have two weeks until the Australian Open and I hope I can get it back until then, but right now it’s at a level where it’s not going to do it for me.”

Zverev is not the first top player to go through a rough time with the serve: Novak Djokovic had a nightmare with it in 2009-2010 when he switched racquets, Rafael Nadal, through his career, has had dry spells too when he was low on confidence, Andy Murray has been in a battle with his second serve from day 1, Maria Sharapova’s one is a constant work in progress since her shoulder surgery, Angelique Kerber has had to learn to play with a forever weak one.

And each time Zverev hits a double fault nowadays, people are having flashbacks of Anna Kournikova. The weird thing with the German right now is that at the end of last season, from the Laver Cup to the Beijing semi-finals, the Shanghai final, and the ATP Finals semis, he seemed to have finally figured out again. By winning matches, he got enough confidence again to hit that shot without his brain coming in the way.

So what happened in the offseason for him to regress this much on that shot? Well, the first thing that comes to mind is a question: which offseason? Because as Roger Federer was touring South America in November and visiting China at the end of December, so was Sascha Zverev. If exhibitions are not as tiring as matches, they are also not as work-worthy as a proper pre-season training block. Especially also when Zverev had to have an eye-surgery early December. 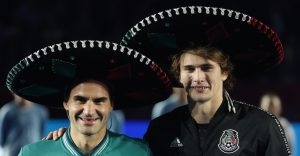 But when Federer decided to skip the ATP Cup to make sure he could get the needed work in, the German passed on the option and went to Australia. The only thing that Alexander Zverev won in Brisbane is another crisis. A personal one and a public one as he went down again and again in a mess of broken racquets, whining, yelling and bad play.

“I think I just didn’t practice enough, to be honest. I’m on seven or eight days of tennis. It’s tough. I didn’t play enough tennis yet. I will pick that up. Now I will practice as much as I can. I am still practicing here five, six hours a day”, explained Sascha after losing to Alex De Minaur (4-6, 7-6, 6-2) in Brisbane. 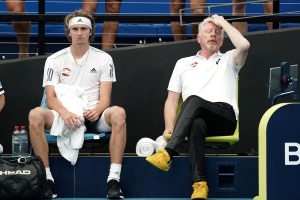 It’s tough to understand how, with such a huge issue on a shot that is crucial for his whole game and after such a rough 2019, Zverev and his team didn’t put out a whole “let’s fix that serve and recover those nerves” in the winter. The guy is such a great player that maybe they’ve underestimated the issue, or maybe they thought it was dealt with already since the end of 2019, or maybe some undisclosed health issues, out of his eye-surgery, came in the way.

But clearly, something is still going very wrong.

This game struggle could also come from some personal turmoil we don’t know about, as when such a player loses his game and his mind, again and again, sometimes it means that there’s an issue off the court too. Zverev doesn’t look like a player who has a clear and serene mind when he comes on the court. And his attitude says all about the stress and frustration that are for now eating him from inside.

Not the easiest to coach

Boris Becker, the German captain through the ATP Cup, seemed at a loss for words in the end, only able to stand there while Sascha was destroying his racquet. Coming from the man who gave Novak Djokovic the so-efficient-again serve we’re witnessing since 2014, it’s not good news for Zverev. And again, the serve is such a mental shot that sometimes there are just no objective reasons for its struggle: it’s just the player’s brain being blocked and fixated on it.

Zverev, who was World No. 3 in November 2017, has also not proved to be the easiest one to coach: not used to listen to someone else than his father (who always remains in the coaching team), not used to do things he doesn’t want to, Zverev has had the end of the patience of Juan Carlos Ferrero and Ivan Lendl.

His father is clearly now doing everything he can to help and he knows what he’s talking about, but the feeling remains that what may also be needed is an external hard look on what’s going on, and another vision. A hard look that, viewing the situation, Zverev would decide to trust.

The next big thing, they said

At 22-year old, just starting what should still be a very successful career, Zverev is going through the first crisis of his career and as it’s now more or less been lasting for a year, it has to be considered as deep and serious. If he still hasn’t solved it, it has to be because the causes haven’t been found or faced, he’s too good for any other reason.

“I’m not playing good, so there are a lot of things I need to improve, but it’s the start of the season.”

He’s always been convinced he was to be the next big thing, and he was and remains right to be: he got the game, he got the money-shot with surely one of the greatest backhands out there, he got the charisma and the fighting spirit. But there’s one thing he should be reminded time and time again: if the Big 3 has been that good it’s also because they’ve regularly looked in the mirror to tell themselves hard truths, always been surrounded by people who were telling them hard truths, and never thought they have arrived at the top of the mountain.

With young players like Stefanos Tsitsipas and Daniil Medvedev on the high rise, Zverev needs to react very quickly now if he’s to reign on that generation because when rivals start to smell blood and identify a weakness, they’re going to push that button it until the end of times. At this level, you can’t afford any holes in your game or your mindset.

This whole tennis ordeal might also be a blessing in disguise: better to take a wall so early in his career and learn from it, than going on too long with big issues lying under the surface and see them burst out when it’s too late to be fixed. 2020 will be a massive gut test already for Alexander Zverev who needs to accept that learning the hard way is part of the becoming-a-champion’s deal.