All you need to know about 2021 Australian Open Day 6 action, a day when world No 1 Ash Barty continued her quest for a second Grand Slam title 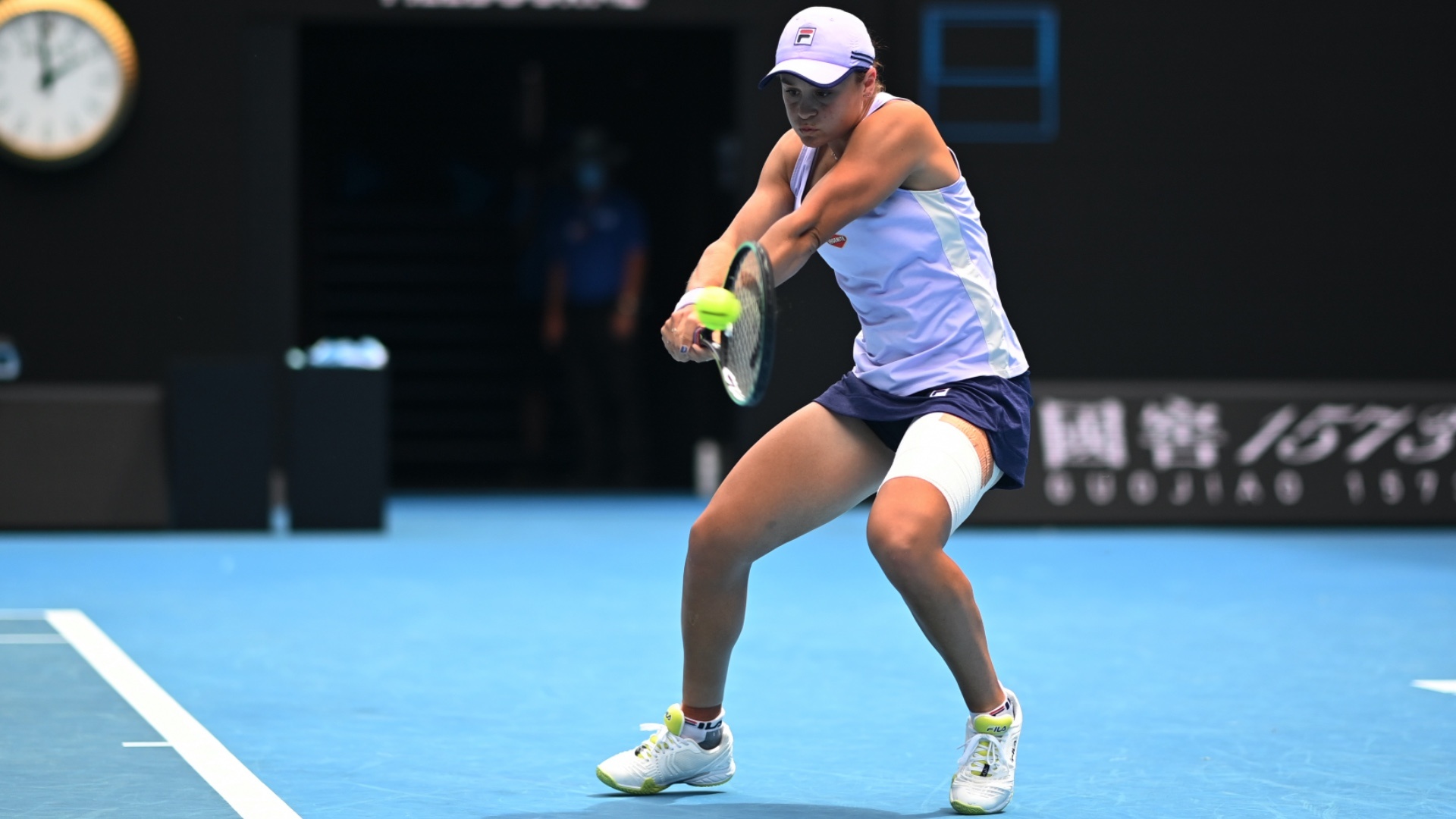 The third round of the women’s singles is complete at the Australian Open after a Saturday schedule which saw the top half of the draw in action. World No 1 Ash Barty was the headline act, while Elina Svitolina and Karolina Pliskova were both bidding to keep their title hopes alive.

What you need to know: Barty through, Pliskova out

Full crowd or no fans at all, it doesn’t seem to matter too much for Ash Barty, the world No 1 advancing to the fourth round with a 6-2, 6-4 win over the talented Ekaterina Alexandrova. Alexandrova led 2-0 in the first set and 4-2 in the second but Barty made the adjustments she needed and was a confident winner as she moved through to a clash with Shelby Rogers, who beat Anett Kontaveit of Estonia 6-4, 6-3. “I had a chat with my team about it (no fans) to try to prepare,” Barty said. “But I didn’t want it to affect the way I went about my business.”

Karolina Muchova sent her good friend and practice partner https://www.tennismajors.com/our-features/lists-our-features/karolina-pliskova-instagram-twin-sister-vallverdu-the-10-questions-you-may-ask-about-the-czech-tennis-majors-80254.html”>Karolina Pliskova tumbling out of the draw on Day 6. The 24-year-old, seeded 25, rallied from 5-0 down in the second set to notch a 7-5, 7-5 victory and set a fourth-round clash with Elise Mertens. No 18 seed Mertens, a former semi-finalist in Melbourne, handed No 11 seed Belinda Bencic a 6-2, 6-1 lashing on Rod Laver Arena on Saturday.

“I’m a little sad,” said Muchova after her victory. “We are very good friends. But it’s a game so I’m definitely happy I made it through in two sets. I think we were both a little nervous, I must say that when we played practices in the quarantine it was a bit different level, but I’m happy that I’m through.”

Muchova broke No 6 seed Pliskova six times on 11 opportunities and improved to 2-1 lifetime against her compatriot. She is into the fourth round at the Australian Open for the first time and has reached the second week at a major for the third time.

🇨🇿🇨🇿🇨🇿@karomuchova7 is through to the #AusOpen final 16 for the first time with a 7-5 7-5 upset win over sixth seed Karolina Pliskova.#AO2021 pic.twitter.com/veNYTO8acA

No 5 seed Elina Svitolina moved into the round of 16 without the loss of a set after her 6-4, 6-0 win over Yulia Putintseva. Svitolina is into the second week at the Australian Open for the third time in four years and she reaches the second week at a Slam for the 12th time in her career.

.@ElinaSvitolina eases into the fourth round after defeating Putintseva, 6-4, 6-0.#AO2021 pic.twitter.com/ck3XorcUHQ

Svitolina has now won six consecutive matches against Putintseva. She will face Jessica Pegula next.

“I played against Jessica in Abu Dhabi, not that long ago,” Svitolina said. “She’s playing very aggressive. I think she picked up her game quite good for the past I think year. I’m expecting a tough battle against her. She’s a good competitor. It’s going to be a tough one.”

Pegula, who upset Victoria Azarenka in the first round, is into the round of 16 at a major for the first time without the loss of a set. And Jennifer Brady made it four American women into the last 16 as she brushed aside Kaja Juvan 6-1, 6-3.