The Czech teen is ranked No 56 in the world after her heroics in Adelaide last week but with cut-offs being decided in December, she was only eligible to play the qualifying event

Czech teenager Linda Noskova, a finalist in Adelaide last week, has been knocked out of the Australian Open qualifying event in the first round by Canada’s Katherine Sebov. Four days after defeating Ons Jabeur on the WTA scene.

Noskova entered the tournament on the back of her biggest result last week. The 18-year-old came through the qualifiers in Adelaide and then went on to score her first two Top 10 wins over world No 8 Daria Kasatkina in the first round and then world No 2 Ons Jabeur in the semi-finals as well as a quarter-final win over former world No 1 Victoria Azarenka before going down to Aryna Sabalenka in the final.

That result moved her up to No 56 in the rankings, making her the second youngest player in the WTA Top 100 behind compatriot Linda Fruhvirtova.

However, with the cut-off for the entry list being determined a few weeks before, Noskova was only eligible to play the qualifying draw in Melbourne and will now need to wait until 2024, at the earliest, to make her Australian Open main draw debut. 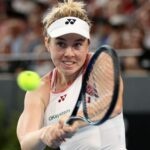 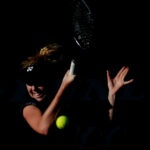 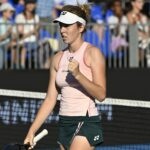