Novak Djokovic will not train on Saturday as planned, the injured champion leaving his Australian Open fate in the hands of doctors. 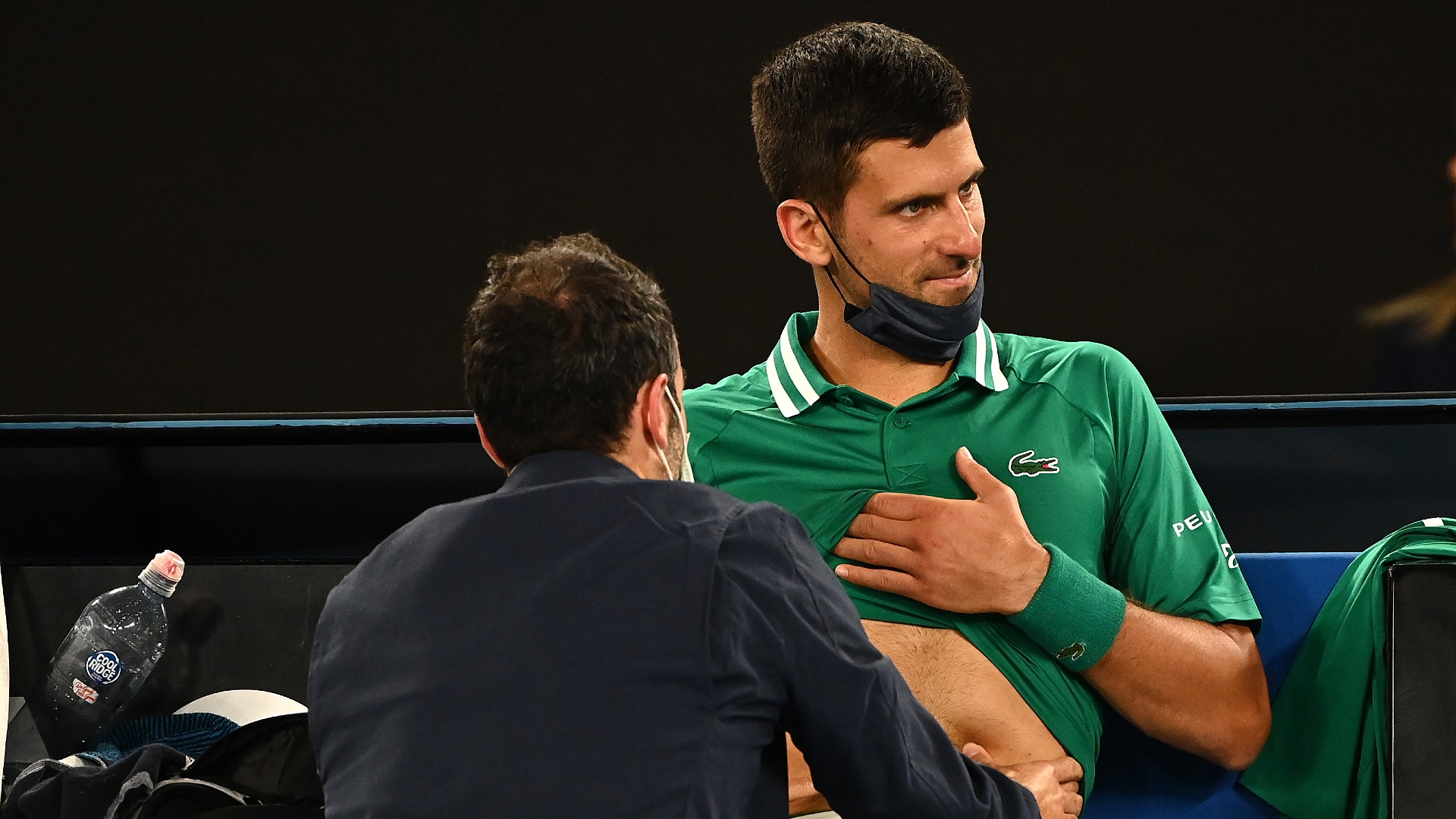 Novak Djokovic insists there is a real danger he may withdraw from the Australian Open, with an ultrasound on an abdominal injury planned for Saturday.

The eight-time champion at Melbourne Park pulled off a dramatic five-set win over American Taylor Fritz to reach round four, but it came at what could prove a high cost.

After battling through two tight sets to forge ahead in the match, Djokovic was jolted early in the third by a sudden “tear”, as he put it.

Cambers: Djokovic, Nadal injury worries open the door for the next generation

Although painkillers allowed him to continue and fend off a Fritz comeback, the world number one might be advised by doctors that his race in Australia is run for this year.

He is due to face Milos Raonic on Sunday in round four, and the Canadian is a player that Djokovic holds an 11-0 winning career record against. This time Raonic could be gifted a walkover.

Explaining the injury blow, and what comes next, Djokovic said: “Everything was working fine for me, and then beginning of the third set I made this quick move on the return going to the forehand, rotating there, and I just felt a tear, I felt something happen.

“Went out for medical timeout when I was tested, evaluated. I have huge pain, I took the highest dose of anti-inflammatories possible.

“It did kick in end of fourth, beginning of the fifth when I actually started to move and I could actually start to rally with him from back of the court.

“Until that moment, it was only serve for me and kind of hoping and praying that I’m going to get an easy ball after my serve so I could just go for it. That’s what I’ve done.

“I honestly don’t know how I won this match. I’m very proud, at the same time sad and worried, because it’s definitely something serious happening with my injury.

“I don’t have much time to recover for the next match. Definitely not training tomorrow [Saturday].”

The 33-year-old Serbian would not want to risk worsening the problem, given he has plenty to play for over the rest of the year.

However, he is chasing grand slam success wherever he can get it, given he trails Roger Federer and Rafael Nadal by three on the all-time list.

Djokovic’s disqualification for hitting a ball that struck a line judge at the US Open last year was followed by defeat to Nadal in the French Open final, and now his luck may be out again.

Once the tests take place on Saturday, there should be a greater sense of clarity in Djokovic’s mind.

Setting the scene for what should have been a relaxed day of practice but is now a crucial day in his championship, Djokovic stressed he hoped to be able to continue.