The Australian Open has been in crisis mode since three planes announced positive Covid-19 test results last weekend. Here’s what we know about the situation and what could happen next. 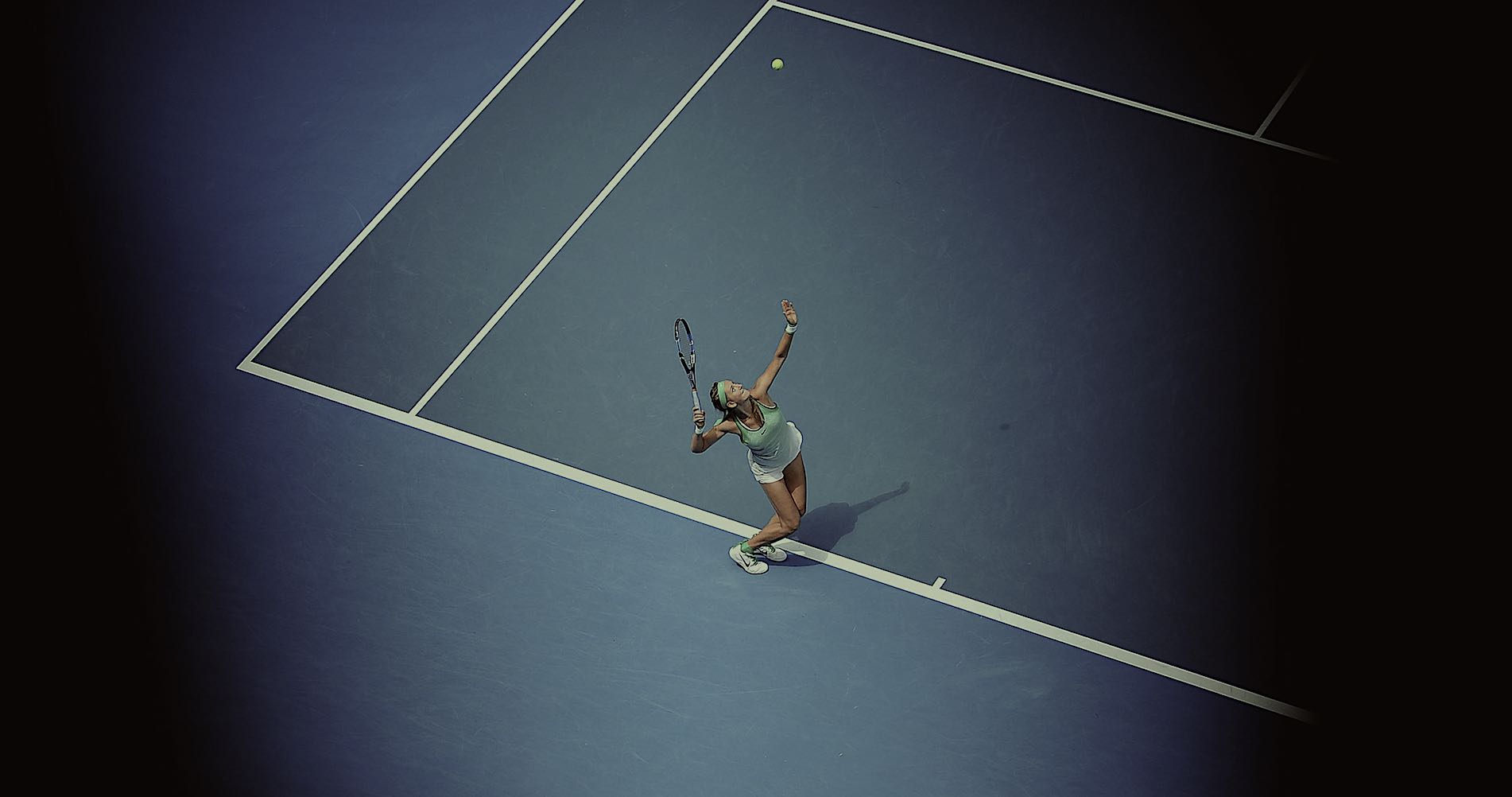 UPDATED: January 28, 2021. Players are almost done with their 14-day quarantine, but not quite. Some, of course, have been facing a tougher two weeks than others, with those who have come into contact with coronavirus on their plane not allowed the special freedom of being able to practise on court, and therefore restricted to their hotel rooms. But now it seems that some players will have to wait an extra day before they are free, which further impacts on the time they will have to prepare for next week’s Australian Open warm-up events. Here we bring together the facts so far.

Why are some players being told they must stay in the hotel an extra day?

According to the Melbourne Age and Sydney Morning Herald, because flights arrived at different times into Melbourne, the release of players in quarantine was always intended to be staggered. Players are also due to be released individually, while their hotels remain “red zones” until everyone is allowed to leave. New Zealander Artem Sitak revealed on Twitter that he has been told he will not be allowed to leave until midnight Friday.

Almost there, but not quite 😅 #quarantine #AO2021 pic.twitter.com/PcwlvOsKT8

While Sitak was understanding of the situation, others, including Tennys Sandgren, were less patient.

“I just found out we’re not going to be able to leave the room until midnight tomorrow,” Sandgren said on an Instagram post. “That will put us at close to 15 days in this room. It’s also another day we can’t practise. We play Saturday, Sunday, Monday, play a match on Tuesday. A competitive tennis match. “16 days off, three days hitting. Tennis match.”

Players have been tested daily throughout their quarantine period and must have tested negative on day 13, and have no symptoms, to be allowed to leave the hotel.

What is the latest from the state health department?

On January 23, Victoria’s department of health and human services announced that one more person has tested positive for Covid-19 among the Australian Open quarantine group. The positive case is a man in his 20s, but not a player. The new case takes the number of positive Covid-19 tests among the Australian Open contingent to 10, and Nine News reported that three of the 10 – all of them already in hard quarantine – have the more contagious “UK strain” of the virus. All three are males, with two in their 30s and one in his 50s, none are players, and they have all been in hard quarantine since arriving on the same flight on January 15, Nine News said.

Who are the players that are in hard quarantine?

There is no official list but Tennis Majors has compiled a list based on players that have gone public with their information, and by our ability to crosscheck them with other players that were on the same flights as those players.

We also learned that all 16 ATP qualifiers and four lucky losers came in on the flight from Doha, and will have to quarantine.

Unconfirmed rumours are that more could soon to be named, from a fourth flight with a positive. Tennis Australia says it has no evidence of another affected flight yet, but stay tuned for a more complete list, which could yet end with about 100 players on it, including many of the WTA qualifiers. 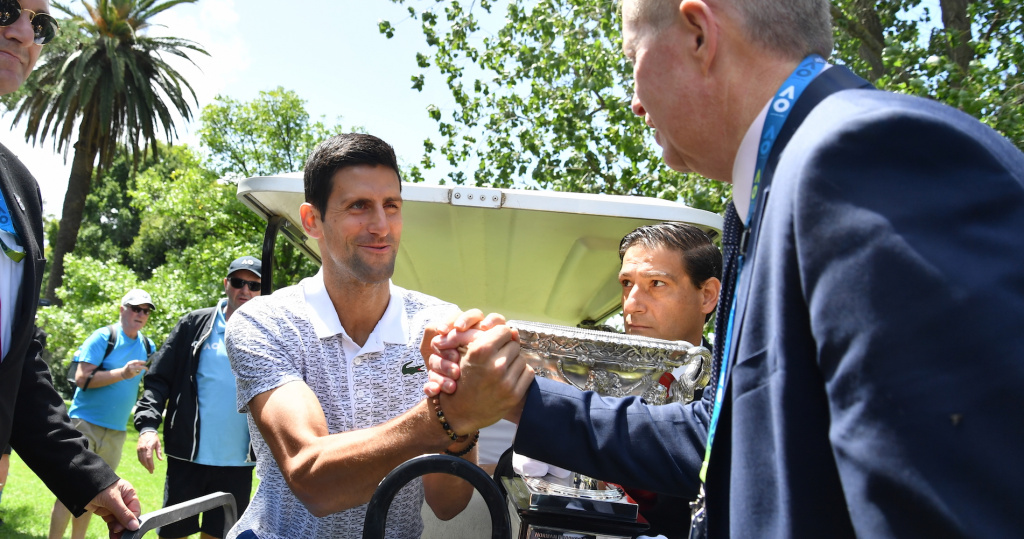 Did Craig Tiley break a promise to the players?

Many of the players have expressed frustration and anger for what is being deemed a misleading quote from Australian Open tournament director Craig Tiley. The quote (which comes from 2020): “If a player has to quarantine and be stuck in a hotel for two weeks just before their season, that won’t happen. You can’t ask players to quarantine for two weeks and then step out and be ready to pay a Grand Slam.”

Tiley explained that quote during a long interview with Nine News of Melbourne on Sunday. He believes that the extra eight days between the end of quarantine and the February 8 start date of the Australian Open protect the players in this case. And he was likely referring to that in his original quote (while also doing his best to sell the tournament to players).

Here is what he said about the situation:

“So these conditions they are constantly changing, but there’s always a risk, we did make it clear at the beginning, that’s why we have the player groups and cohorts, that there was always a risk that someone would be positive then and would have to go into 14 days of isolation, there was a risk on the plane that you would be a close contact, there was a risk that everyone could be a close contact. You don’t know what the outcome of that decision is going to be until it actually happens. It is unfortunate that we are in an environment right now where we’ve got to manage it.

“It’s a tough situation and we’ve got to do whatever we can to make it as fair as possible, for those players that are in lockdown now, and one of the main reasons why coming out of quarantine we had an extra eight or nine days before the Australian Open started…”

Who is calling the shots with regard to sending everybody on a plane with a positive Covid-19 test to “hard” quarantine?

Tiley stresses often in his interview that the Chief Health Officer of Victoria (Brett Sutton) makes the ultimate decision on decision related to public safety. Remember, the top mission of the government here is to ensure that the community maintains the impeccable record against coronavirus that it has worked so hard to achieve. The player’s concerns fall somewhere below that.

Tennis Australia only gained the right to host the 2021 Australian Open after long and deep negotiations with the Victorian government. Australia, in general, has been intensely and successfully dedicated to keeping Covid-19 out of the country and they won’t stop now.

Will the Australian Open be pushed back by a week?

Tiley says no, the show must go on.

“No, we are planning on February 8th and we do have that buffer time in there and that Monday, we are looking forward to welcoming fans to the Australian Open. Ticket sales have been going well. We’ve got two weeks of some great tennis and our intention is to continue with those dates.”

Will the lead-up events in the week prior to the Australian be cancelled?

No, they will go on as planned, and players in “hard” quarantine can decide independently whether they will or will not play.

Will the players in hard quarantine be able to play events in the week before the Australian Open?

Yes, if they feel up to it. But it will be extremely tough for players to hop out of their hotel rooms and onto the match court.

*There are several events scheduled in Melbourne from January 31 to February 6, which begin two days after mandatory quarantine will end. There are two ATP 250 events, two WTA 500 events and the ATP Cup, which begins on February 1.*

Are new rules that players weren’t aware of being made up?

The 72 players in question are being hit hard by the rule that says they must do two weeks of strict, no-practice quarantine if they were on a flight in which anyone tested positive — even if they themselves tested negative and were not a close contact of anyone who did test positive. According to some posts on social media, however, players were not aware of this rule.

I agree…if they would have told us this rule before i would not play Australia…I would have stayed home. They told us we would fly at 20% capacity, in sections and we would be a close contact ONLY if my team or cohort tests positive . https://t.co/kF58HEijqq

Two-time Wimbledon champion Petra Kvitova told Tennis Majors in an interview that all players knew what could happen before they boarded their flights.

Petra Kvitova exclusive interview: “We all knew we could end up in hard quarantine”

Have any players violated protocols, and what is the punishment if they do?

As of Monday morning, no player had officially violated any rules. However, some unnamed players have been teetering on the edge of violations.

“One player opened his door to try and have a conversation with his training mates down the hallway,” said Emma Cassar, the commissioner of Covid-19 quarantine in Victoria. “The other was another gentleman who shouted Uber Eats to some other people on the floor and was praising himself for his great efforts, and opened his door to do so. It is very low level, but they are dangerous acts that we cannot tolerate.

“We take all breaches really seriously. For the players that is a fine of up to $20,000, a warning from the police, but what we have also considered today is for those who are persistently breaching or not willing to remain in their rooms, our other option would be to transfer people to the complex care hotel where there is a member of the Victorian Police outside the door.”

How many players tested positive for Covid-19 out of the 17 charter flights?

Two of the three positive tests mentioned by the state health department on January 19 were from players. The only positive tests prior to that came from flight crew and coaches. Tiley ensured the public that the flight crews were placed under the same strict protocols as the players and their entourages.

“Yes, everyone that got on those flights was under the same conditions to ensure that the 72 hours … before the flight begins, you have to show evidence of a negative test.”

How many people tested positive for Covid-19 from the 17 charter flights?

According to the state health department, there are now 10 active cases of COVID-19 associated with the Australian Open flights. The most recent new case was confirmed on Saturday, January 23.

On Monday, January 18, the tally was six active cases, with four new cases announced by Victoria’s Chief Health Officer Professor Brett Sutton who said: “The new cases are three males aged in their 30s and one male aged in their 50s.”

Prior to January 19, we had been told that there had been four positive tests from three flights: one coach, one member of a flight crew and two “passengers who are not a player.” Two positives came from QR 7493 from LAX to Melbourne, one from EY 8004 from Abu Dhabi and another from QR 7485 from Doha.

However, the January 19 update indicated that two of the previous positives had been reclassified as viral shedding of a previous infection, and it also seems that the flight crew positive test is not included in the state’s official statistics as an infection associated with the tournament.