Home » News » Petra Kvitova exclusive interview: “We all knew we could end up in hard quarantine”

Petra Kvitova exclusive interview: “We all knew we could end up in hard quarantine”

Two-time Wimbledon champion Petra Kvitova is grateful to be in Melbourne with an opportunity to do her job when many people around the world are struggling.

While the thought of spending 14 days in quarantine, with limited time for practice – or in the case of 72 players hit by Covid-19 affected flights, none at all – may be hard for many players to get their heads around, Petra Kvitova seems to be taking things in her stride. After everything she has been through in recent years, a couple of weeks of relative down-time before the Australian Open is probably not a bad thing and the two-time Wimbledon champion seems to be dealing with it with typical calm.

In an interview from Melbourne, Kvitova discussed the protocols in place in the hotel, the complaints of those players in hard lockdown, what it will be like to play in front of fans again, how she’s filling her time and what she’s hoping for this year. 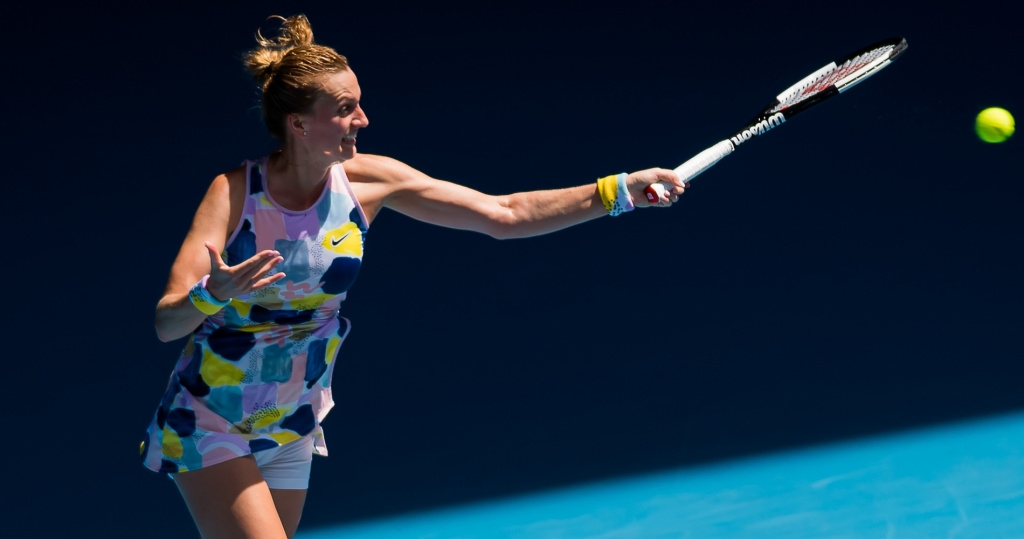 Life in quarantine in Melbourne

What’s it like to be in quarantine for 14 days?
“To be honest, I was one of the luckiest ones, that I’m able to still go out, after a few days, for the hitting, at least. But overall, I mean, to be honest, I put a lot of work in the off-season and finally, I have time a little bit to calm down. So actually, I’m enjoying my free time as well. I’m watching some series, having a coffee and reading some books. And, of course, that I have to do some fitness as well. So there are still a lot of things to do.”

How is the security? You’re not allowed out of your room, outside of the time when you practice?
“The security here is very strict, especially from the beginning, because of course the cases were there (from the planes) and everybody here was very scared, which is very understandable. Actually, you can’t open the door just because you want to. Always when they bring something (to eat), they had to knock on your door and then you’re allowed to open the door. At the beginning, of course, nobody really knows the rules and I was hearing the doors a lot. It was very interesting because once I didn’t know if I had food there or not, so I just tried to explain that I was opening the door because I didn’t know if the food is there when I was sleeping and I didn’t hear the knock. (The hotel receptionist) told me that maybe next time I should call reception and she will send somebody up to see if I do have something in front of the door or not. And then she will call me. I said OK, I think it’s easier if I open the door 10 centimetres. So it was (strict) from the beginning. I think that things are settling down now and everything is much more smooth. Of course, we are able to go out to hit, finally, so that’s very good as well.”

Have you been talking to other players while you’ve been in the hotel?
“Actually, no, we can’t really talk (in person). We don’t see anybody. Of course through the phone, we can talk, but I didn’t see anybody, really. So even if we are going to the bus (to get to practice), there is of course a distance of two metres, you have to disinfect your hands, I don’t know, like five times even (before) you come to the court, and the same afterwards. So it’s really strict. But I totally understand this is really important. We have to follow these rules, so all good.”

I’m sure you know that some players, especially those who are in the hard 14-day lockdown, have criticised the arrangements. What do you think about it?
“I’m always on the call with Craig (Tiley, the Australian Open tournament director) when he is talking about things (so) of course they know what the players think and how they feel. Actually on one side, it (the frustration of players) is very understandable; on the other side, I know it’s hard, but we just have to live with it. I’m not in the (hard lockdown) situation. And they are. But I know that they (Tennis Australia) are trying to help them with the equipment, with the weights, with the bikes. 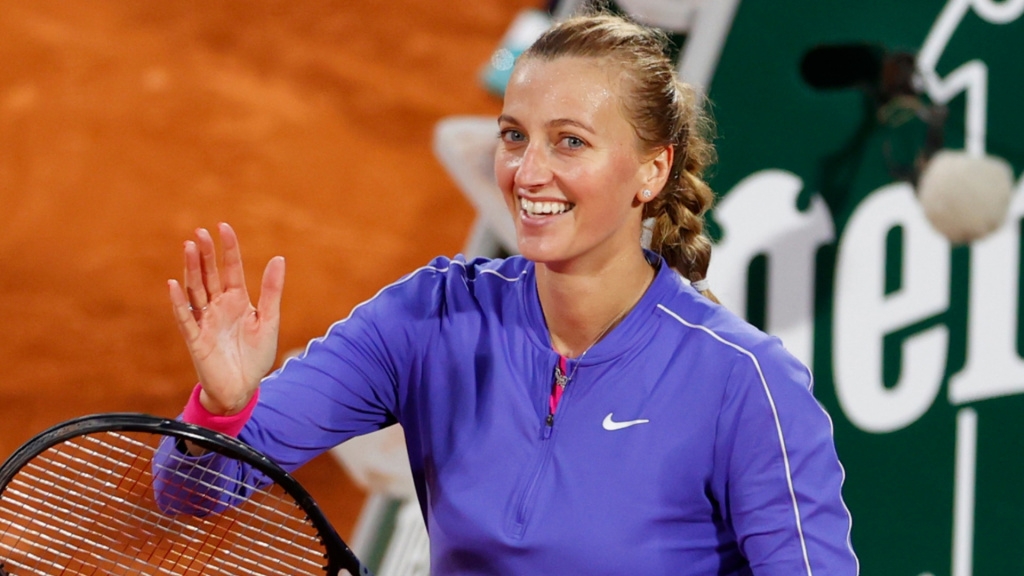 Do you think there will have to be changes to the week before the Australian Open, to help those who have not been able to practice?
“We have every day a talk with Craig Tiley and of course, this question was there many times. I didn’t hear they’re going to change anything so far. They still have some time and I don’t know how they’re going to do it. It’s not easy for them, for sure. Twenty five percent of players are in hard quarantine and they are not really getting ready for it. But I think that everybody is thinking more about the Grand Slam coming up. I know the tournament (before) is kind of a preparation tournament, which is also very important, but it’s not as important as the Australian Open.”

I saw you put a photo of you practising on social media, saying how grateful you are to be here?
“Yeah, it’s true, it’s true. It was after four days, I think. I know probably that in terms of tennis practice, (time) spent on the court, it will be a little bit different. But I think that everybody knows how to play tennis and they will get back soon on track to where they left it in the off-season. It’s hard, to be honest, for sure.”

You have five hours for practice, training and food each day. But you are someone who doesn’t need too much practice, right?
“To be honest, for me, it’s enough. I play like an hour and a half, with the warm up and everything, when you have to leave the court, and so it’s an hour and a half, maximum hour and 40 on the tennis court, which for me, is totally fine. And straight after, the gym, which is an hour, hour and a half maximum. I’m totally fine with it. I know that probably other players, it’s not enough for them to play just once a day and everything. But I don’t really have a problem with it. I’m getting old as well (30 years, editor note), so I need to save my body a little bit.”

Who do you have with you and who are you practising with?
“I have my physio with me and I have my tennis coach with me. Actually, I had my first player was Amanda Anisimova, who unfortunately couldn’t come because she tested positive in Abu Dhabi. Then I had Jennifer Brady, who unfortunately, was in the plane that had a case, so now I’m practising with another Petra, Petra Martic. She is a very good girl so, it’s very easy.”

So how are you filling your time between practice sessions?
“I finished the series Bridgerton on Netflix and now I am watching some Czech series, which probably you don’t know. And then I am reading the latest crime book, whatever it is. And I’m calling a lot as well, with friends and family, of course. So it’s not much but still something. For sure we should be very thankful for this technology so we can call, even with the camera on.”

Kvitova: “I know that many people are losing their jobs”

What has it been like playing during the pandemic, once the Tour began again last August?
“When we were about to start (again) at the US Open, of course it was really, really nice. We didn’t know how everything would be, it feels different being in a bubble, with security, playing without fans and everything. But in the end of the day…I was very happy that we were able to to play again, even without the fans, which was very sad, and in different conditions. It didn’t matter if there were fans or not, you just wanted to win. So that’s what I really missed, these kind of feelings, the fight. You just get used (to the fact) that it it’s not a full crowd and it’s just your team supporting you, no matter what, which is always great. It’s been really fun, again, to be able to do it. 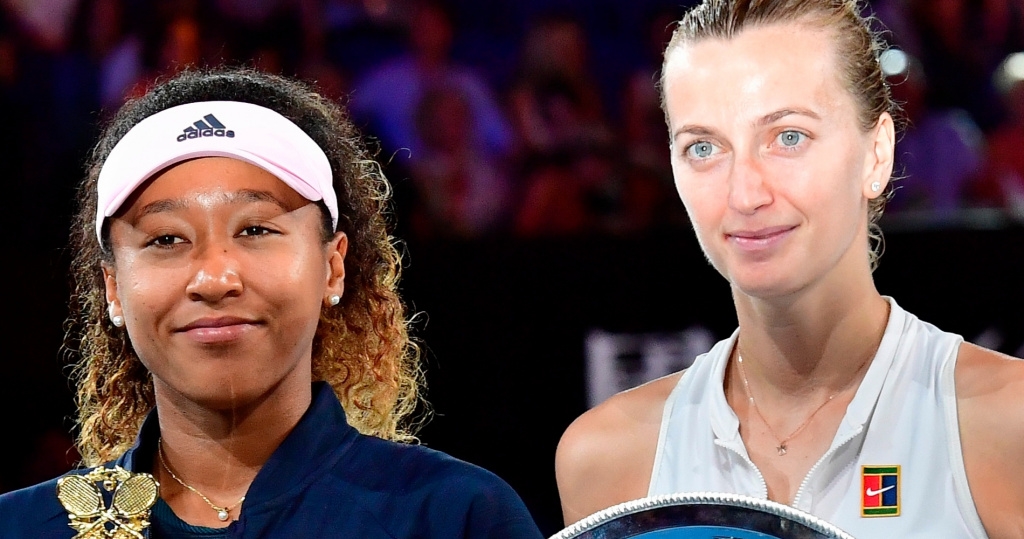 “We had two grand slams, with Paris, which was amazing time for me over there, being in a semi-final again, even with a few spectators, which was very nice, again, to see them. I know that many people are losing their jobs and everything so I’m very appreciative that we are still on and we are still fighting. And I know it’s not easy, either, for the players because we missed so many tournaments.”

Is there any less pressure now, because of the pandemic, the unusual circumstances?
“I don’t know. I finished my last season in Paris and then I didn’t have a match (until now). So it was a lot of hours only training. I did a lot, I was in Dubai for 12 days as well for fitness preparation. I know the nerves will be there as well. But I will look forward to it.”

Will it actually be a bit strange to have lots of fans, if you are allowed big crowds?
“Yeah, that’s true. I don’t know. I was thinking about that as well because suddenly we get used to playing without the fans and now the fans will come, so definitely it will be different. I think for sure it will give me some goose bumps and everything. It feels strange right now when I’m thinking about it, but definitely I would love to see fans in the stands (much more than no fans).”

Finally, what are your hopes, personally, for your for 2021?
“Well, I would love to stay healthy, for sure, and to play good tennis obviously, as I have tried, all my career. But four or five targets this year are there, with the Olympic Games (and the four Grand Slams) as well, so I would love to play well in these big events.”