Improvements in the air quality in Melbourne were forecast on Wednesday, but Australian Open organisers delayed the start of play. 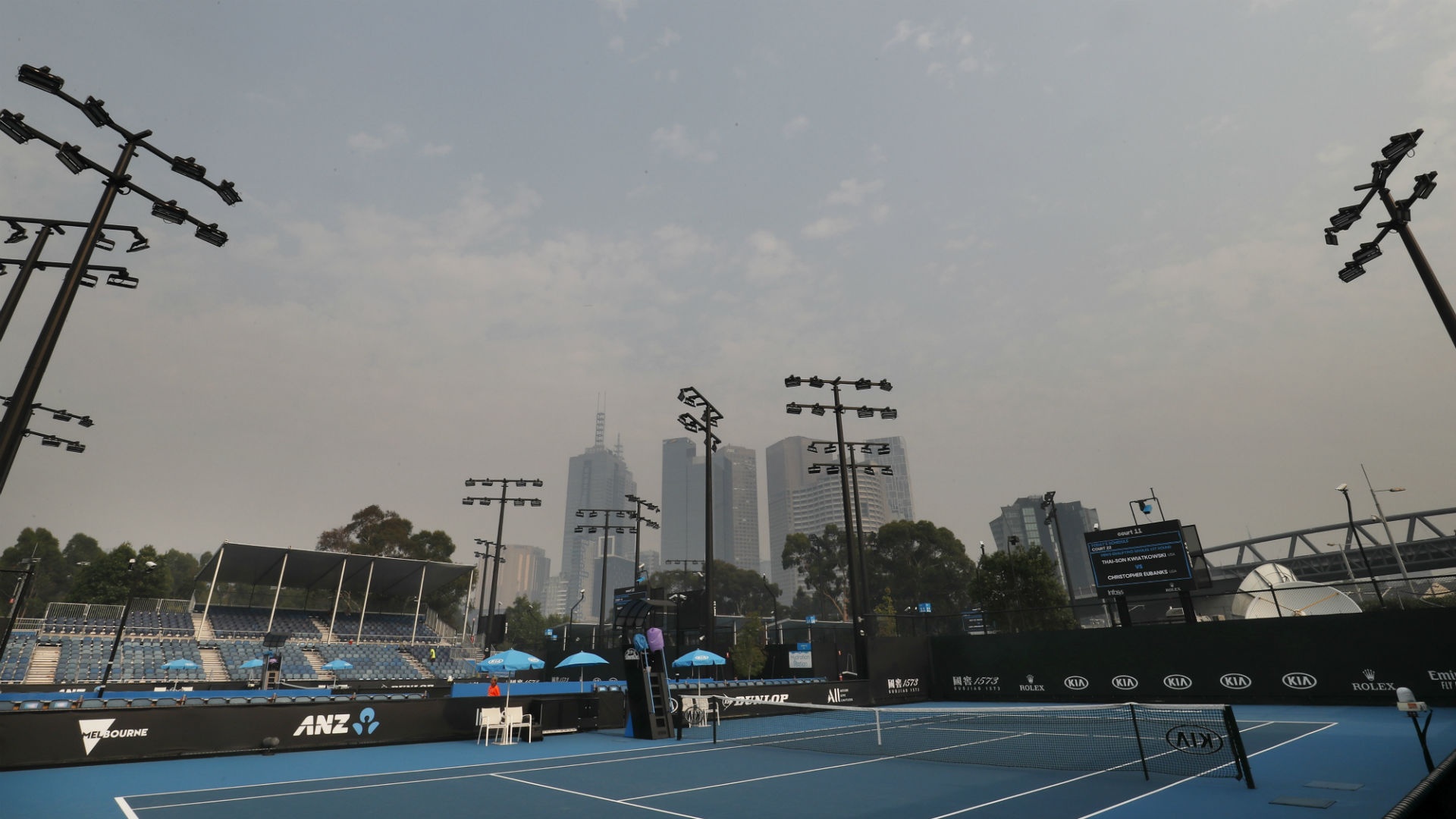 Australian Open organisers imposed a two-hour delay on the start of qualifying matches on Wednesday due to the “very poor” air quality from the ongoing bushfires in the country.

Hazardous conditions put back the first qualifying matches on Tuesday, with Dalila Jakupovic falling to her knees and experiencing breathing difficulties that forced the Slovenian to retire from her meeting with Stefanie Voegele.

Environment Protection Authority (EPA) Victoria said the “very poor” conditions were forecast to improve with the chance of a storm.

#AusOpen practice has been suspended until 11am this morning due to air quality concerns, and play won’t start before 1.00pm.

“Practice has been suspended until 11am this morning due to air quality concerns, and play won’t start before 1pm,” read a statement from Tennis Australia.

“Conditions at Melbourne Park are being constantly monitored and further decisions will be made using the onsite data and in close consultation with our medical team, the Bureau of Meteorology and scientists from EPA Victoria.

“The on-site data and measurements early this morning were similar to yesterday, when practice and play were suspended and delayed. Conditions yesterday were forecast to improve throughout the day, which is what occurred.

“Play and practice at tournaments in Traralgon and Bendigo, along with a junior event at Royal Park in Melbourne have also been suspended.”

Bushfires across Australia have resulted in the deaths of at least 28 people, while an estimated 10 million hectares of land has been burned since July 1.