Experience won for Halep and Muguruza

Simona Halep and Garbine Muguruza showed why having already won at least one Grand Slam title matters… a lot. 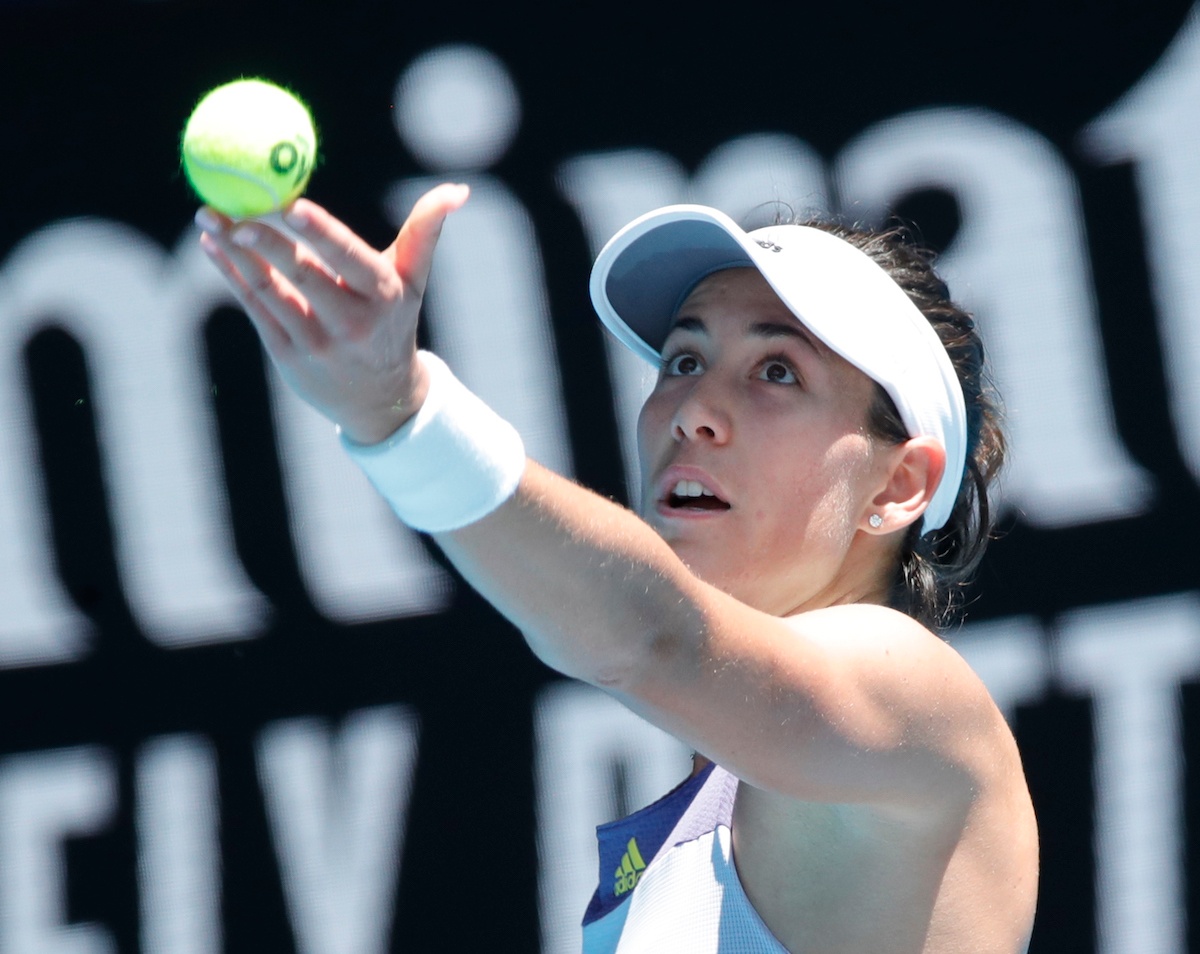 Four Grand Slam titles to none. Guess who won? The Majors. Simona Halep and her two Grand Slam titles (Roland-Garros 2018, Wimbledon 2019) overwhelmed Anett Kontaveit (6-1, 6-1) and Garbine Muguruza’s own two (Roland-Garros 2016, Wimbledon 2017) edged Anastasia Pavlyuchenkova (7-5, 6-3). Those two know the path to take, know the mindset it takes, have the memories of success: it changes everything. Especially if, like Muguruza, you’re back at your vintage level of play and are very hungry to tell the world you’ve started your way back to the top of the game. Halep confirmed that having lifted at least of those trophies helped a lot in these conditions: “You still feel the pressure, the heaviness of this tournament but I just feel more confident and I feel like I’m able to do it. It’s just a feeling that you don’t see this trophy as impossible anymore.”

The Spaniard’s match against the Russian was the best match of both quarter-finals as each game was eagerly contested. One shot made the difference in the end: Pavlyuchenkova’s serve. “Nastia”, playing her third Australian Open quarter-final and aiming to finally get to her first Grand Slam semi-final, totally collapsed on that shot and it sunk all her hopes. She had the upper hand multiple times in the first set but was never able to confirm the break. And little by little it got to his brain. “It hurt me. I totally lost the rhythm on my serve and then I went down on myself. I felt I was in control in the match, but couldn’t fix that issue.” She was logically dispirited because she really missed a huge opportunity today, one that she can’t be sure will come back many times now.

Time flies, and it’s something Muguruza has figured out at the end of last season when she faced a crossroads: starting back from scratch and working her way back or just enjoy her past glory. She went for the reboot and here it’s working wonders. The former World No. 1 won her fifth battle in six encounters against “Nastia” because she stayed so calm under pressure, went for her shots when needed and defended her ground in a way nobody had seen her do for a year. And her serve is showing great signs of the end of the slump too. Muguruza is back to being “Garbi”. “You struggle as a player, and there are moments where things don’t go your way. You just have to be patient and go through the rough moments, just hang in there and it will come back again.” One can’t help to think that facing a player working with her former coach, Sam Sumyk, played a part in her steel-like motivation. In the meantime, here she goes now challenging the player who has maybe given the best impression since the start of the tournament: Simona Halep.

The Romanian has been ruthless since the first round and showed no signs of being under any pressure. “I knew she’s incredibly fast. But I was a little bit surprised how aggressive she was playing as well, making me move so much”, said Kontaveit. “She was returning great, putting me under pressure all the time. She was playing amazing.” A finalist here in 2018, she can also rely again on the presence of Darren Cahill in her box. He took 2019 off and even if they were still in touch daily by phone, it remains obvious that he has a soothing effect on Halep’s old demons when he’s physically in her team. She took advantage of a draw presenting her with only players whose game was great for hers and now she is two wins away from a third Grand Slam title.

“Perfection doesn’t exist, but I’m very happy with the way I played.”@Simona_Halep, we reckon a 6-1 6-1 quarterfinal win in 53 minutes in which you saved the only break point you faced & won all your net points is pretty close to perfect!#AO2020 | #AusOpen pic.twitter.com/tdAePKPToF

“Perfection doesn’t exist, but I’m very happy with the way I played”, she said. “I felt great on the court. I was moving great. I felt the ball, like, really, really good. It was a great match. I feel with more energy going to the semifinals. I feel more confident.” She will have to be the favorite against Muguruza now because she’s been way steadier for a year now, and also because last time they crossed in a Grand Slam semi-finals she won (6-1, 6-4, RG 2018). Her footwork will be her best weapon. But with what Muguruza’s body language says, we could really be on for a proper Queens of Tennis battle.