Italians Fognini and Caruso in heated argument after epic clash 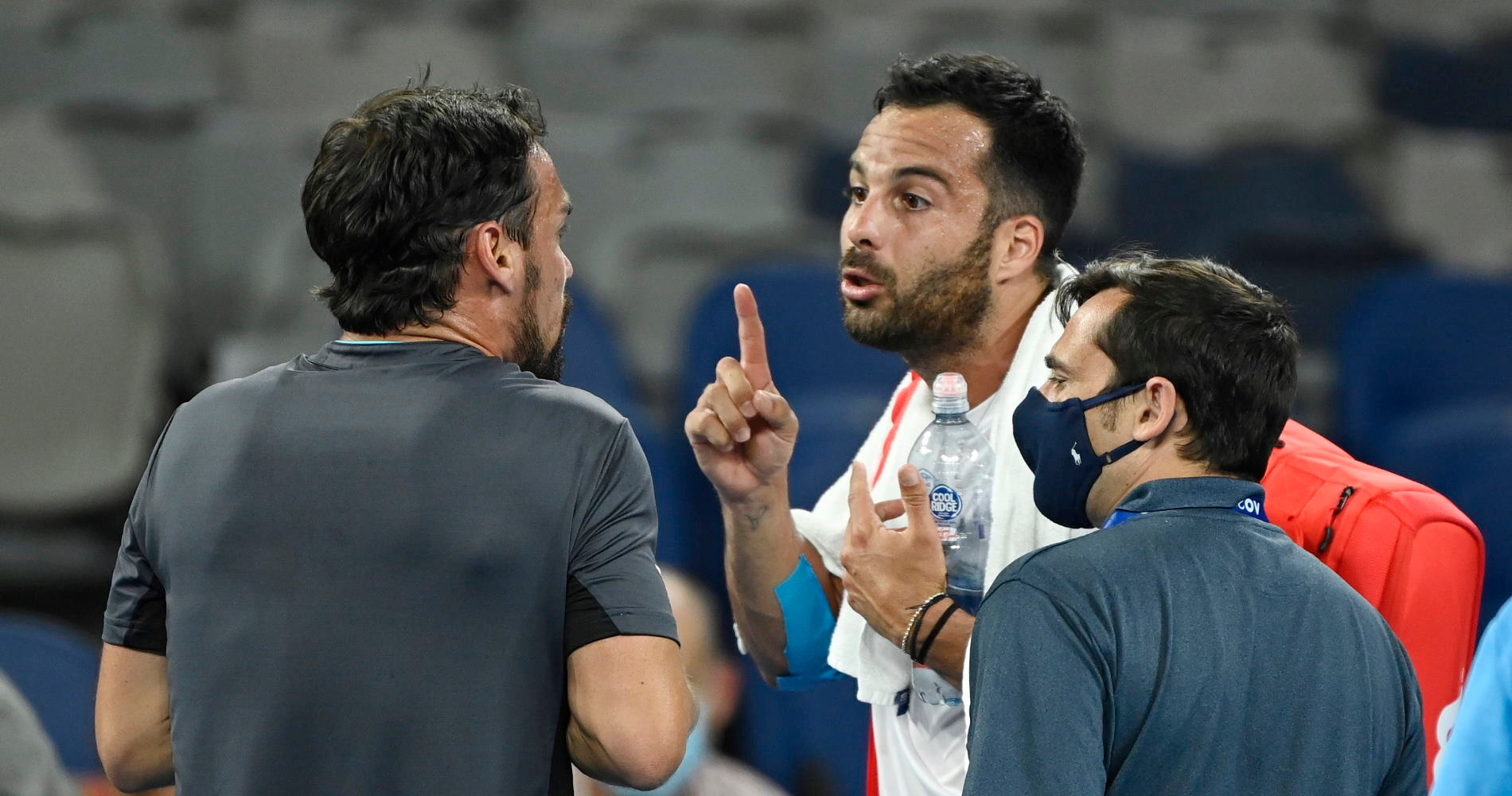 Fabio Fognini is no stranger to a bit of controversy and the colourful Italian was at it again at the Australian Open on Thursday as he became embroiled in a heated confrontation – one man’s discussion is another’s argument – with his compatriot Salvatore Caruso at the end of their epic second-round clash at Melbourne Park.

The argument began at the end of Fognini’s 4-6, 6-2, 3-6, 6-2, 7-6 (12) victory. Having come from 5-1 down in the deciding 10-point tiebreak, Fognini was elated but Caruso was apparently annoyed with his fellow Italian for claiming he had been lucky, several times during the match.

Big argument between Caruso and Fognini at the end of their match, Caruso wasn't pleased that Fognini kept on saying that Salvatore was lucky in certain moments.

The handshake was pretty cold and the argument immediately began, with the two men eventually having to be kept apart by an official.

Take a bow. What a way to bring up the final match point. @fabiofogna pic.twitter.com/TR2HFNALkX

Fognini made no mention of the incident in his post-match on-court interview (he was not directly asked about it), instead focusing on himself.

The argument continued long after the match was completed, and who knows, may well have continued in the locker room afterwards, but Caruso said anything between the two should stay that way.

“I was sure that was the first question,” he told reporters later. “I mean, we just had some different opinions, and yeah, I think this is something that should stay in the locker room, and I will speak with him because we are friends. So we just have different opinions and we will talk about it in the next few days. But don’t ask me more because I will not say more.”

And Fognini would not be drawn on it, either.

“We are good friends and you know me (to know that) the things that are happened on court, for me stay on court,” he said. “I have nothing to say about that question anymore.”